Home
Reviews
Streaming Now
What would you do for your family?

What would you do for your family? 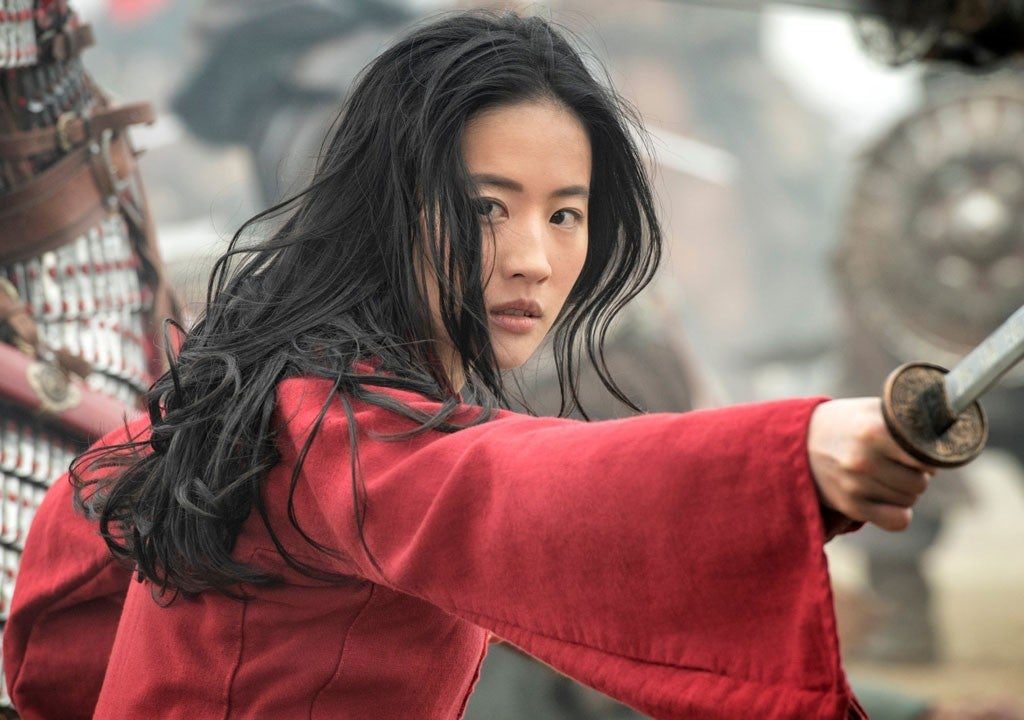 It has been 22 years since Disney brought the tale of the female folk hero, Mulan, to the big screen. Let’s allow that film to rest and free this film to stand alone. The comparisons to the beloved animated adventure will be inevitable, but how about giving it a try? With all of the issues surrounding this film’s cinematic release and the changes that will need to occur to make this live-action version, we will attempt to keep the critique to Niki Caro’s (The Zookeeper’s Wife) interpretation of the Chinese legend that comes from ‘The Ballad of Mulan.’

During the ancient times of China, most of the villages of the nation were small farming communities that relied on the land and tradition. One of the standards of the people were the clear role of men and women. Especially parents celebrated the matchmaking of their daughters to men who would care for their family into the next generation. The Hua family had two daughters and Mulan (Liu Yifei) is their eldest, but she did not represent the feminine traits that would have been highly sought after in this marriage tradition. She had all of the warrior skills that had been normally left to the men.

When the empire comes under attack by Rouran warrior leader Bori Khan (Jason Scott Lee), his shape-shifting witch, Xian Lang (Gong Li) and their talented dark army, the Emperor (Jet Li) calls, on the men of China. He asks for a man from each family to come to join the army of the nation to fight off the Northern invaders. Even though Hua Zhou (Tzi Ma) had been a celebrated soldier in his day, he was not physically capable to join the recruiting effort. Despite honourably volunteering to serve the Emperor, he knew that this would lead to his inevitable end. This situation motivates Mulan to serve her family and the empire, even though it had the potential to bring dishonour to everyone. The young woman decides to take her father’s armour, sword and horse and to represent her family in the new army. With the guidance of the legendary Phoenix to watch over her, Mulan goes on to fight for her family and eventually to become a legend of her nation.

Even though much of Chinese folklore is unfamiliar to most people in the West, Mulan has been a tale that many have come to embrace over the past two decades. To take on the daunting task of interpreting this story to a live-action version is one that has been left to the New Zealand director, Niki Caro. Caro is only the second woman to direct a Disney project, she has to work to shake off some of the animated elements of this Chinese legend and to find a new voice in this modern era. By eliminating the musical numbers, the soldiers dressed in drag and the mini-dragon sidekick, the celebrated director manages to deliver a visual spectacle that honours the legendary majesty of the original narrative while adding in a few modern ideals.

For the value of building a true legend, there is the need to develop a formidable enemy. Instead of making the villain bigger, they decide to provide two antagonists. Jason Scott Lee and Gong Li manage to provide a vicious combination to come up against Mulan and the nation of China. Beyond the villainous element of the film, the component that would need special attention was the bond with Mulan and her family. Thankfully Caro was able to make this connection quickly in the opening montage of the film.

Which brings the two other key components of this film that make it stand out from its animated original. The first would be the sweeping cinematography and incorporation of the visual expansiveness of Chinese cinema. An aspect that would have been a marvel on the big screen, the beauty of this film is one that should be embraced and celebrated. Then the most important factor came down to the central character of Mulan. With an extensive search for the right actress to embody the Chinese legend, the production team did find a strong choice in Liu Yifei. What she lacks in physical presence, she proves to be the right choice to embody the female warrior.

For the Mulan purists, they will miss the songs and comedic stylings of Eddie Murphy, but it is still worth giving this film a try. To be truly appreciated, it should have been released in cinemas and the modern feminist underpinnings may be hard to embrace historically. Yet, in the end, it is a beautiful film based in a fascinating bit of folklore that is still a good option for families to watch together and future warrior princesses to emulate.

What should parents know about Mulan?

Niki Caro’s version stays with the tradition of celebrating family and encouraging young woman to embrace their gifts. There are violent and magical elements that may be scary for younger children. Also, similar to the original animated classic, Mulan does incorporate the tradition of ancestor worship and mystical components into the storyline. This is a film that parents should actively engage with their children to watch together and then to discuss the themes together.

The driving force of Mulan comes down to the importance of family. The actions of the young woman is a depiction of the love of a daughter for her father and her hope to use her gifts to honour her family and nation. This storyline begs the question of how far a person would go for the sake of their family. At the heart of the Bible is the the ultimate example of a Father’s love for his children which culminates in the cross of Christ. Take the time to read one of the Gospels to understand what true sacrifice really means.

Mulan is streaming on Disney+

PrevPreviousTaking St Augustine on the Road
NextFrom Pymble to Kiribati, we are all Uniting ChurchNext