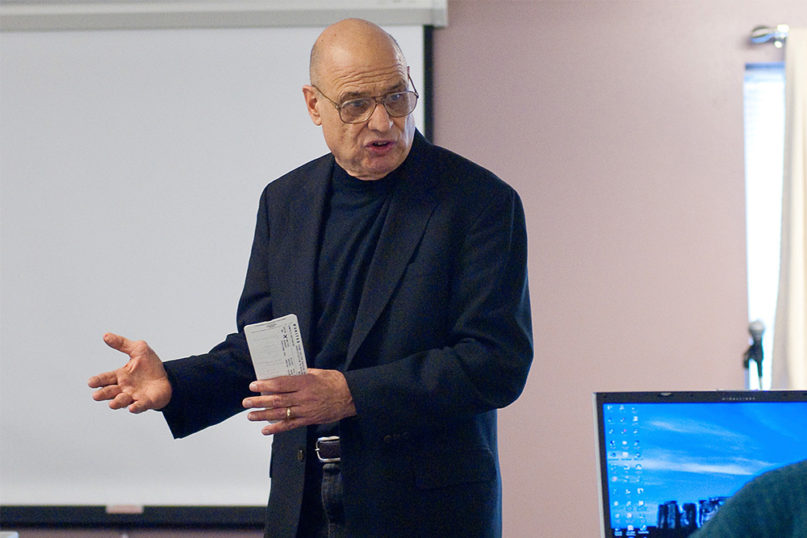 Prominent Christian author Tony Campolo is recovering from a stroke.

Dr Campolo suffered the stroke on 20 June, with his face and the right side of his body becoming paralysed.

He has been since working on his rehabilitation at the Beaumont Health Center, a statement from his family said.

“Obviously this is a difficult situation for everyone, but we are grateful that both our parents’ minds, spirits and determination to serve are still strong, and we are genuinely optimistic about their prospects for getting their lives back on track,” the statement read.

Due to COVID-19 restrictions, his wife Peggy Campolo has been unable to be in the same room during his rehabilitation.

Peggy “patiently sits outside his window for most of each day, talking with him and overseeing his care,” the statement read.

This is the second time Dr Campolo has suffered a stroke, with his first happening in 2002.

Dr Campolo is the author of more than 20 bestselling Christian books, including It’s Friday, but Sunday’s coming, and Was Jesus a Moderate? He is also one of the founders of the Red Letter Christians, a movement that focuses on Jesus’ teachings on the incarcerated and the poor.

Shane Claiborne is his ministry partner in the Red Letter Christians. Mr Claiborne said that Dr Compolo’s mind remained sharp, but that he was experiencing challenges when it came to speech and movement.

To send Dr Campolo a note of encouragement or card, email tcampolospeaker@eastern.edu.

Updates on Dr Campolo’s condition can be found on his official website.