Home
Reviews
Listen Up
The Mountain Goats get dark

The Mountain Goats get dark 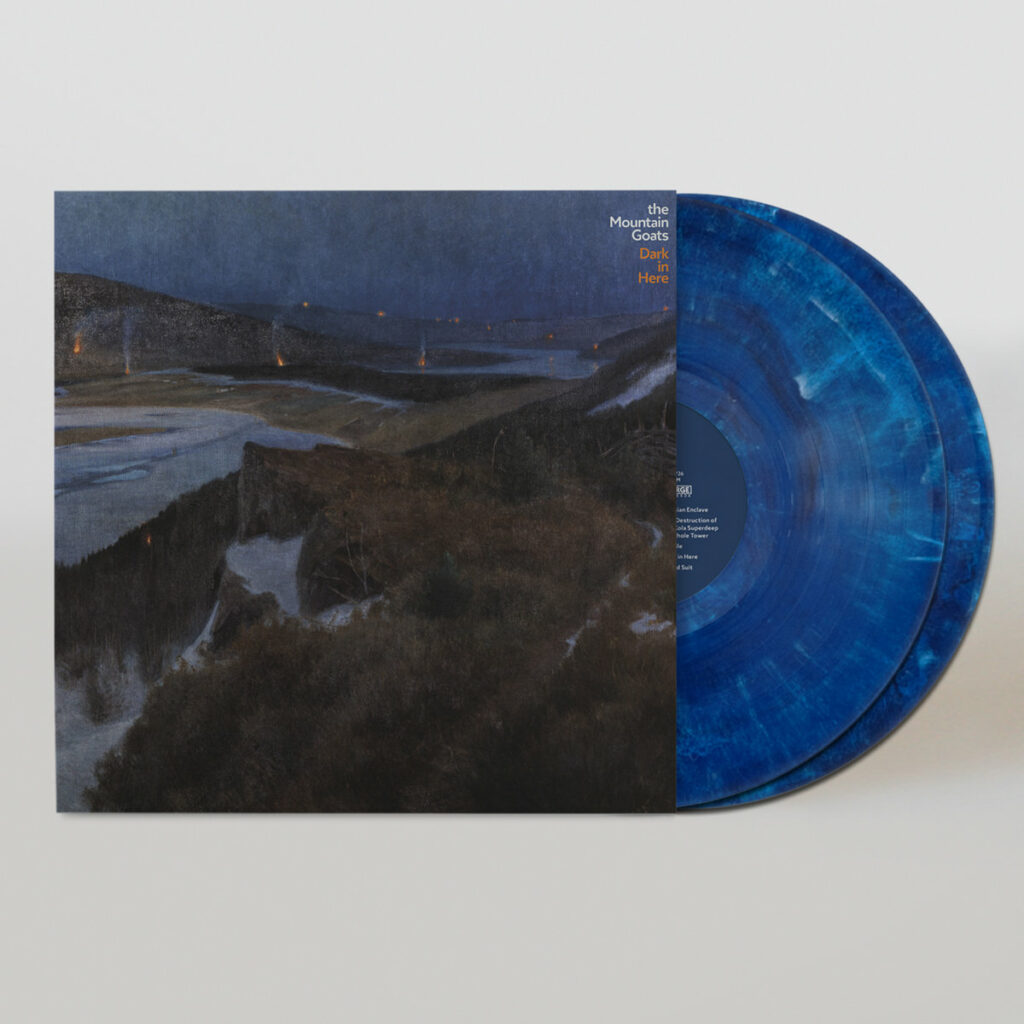 On The Mountain Goats’ album The Life of the World to Come, each song was inspired by a verse of scripture but, being The Mountain Goats, this went in some odd directions. Singer/songwriter John Darnielle is well-known for his interest in the odd, and for his happy lyrical perambulations. It’s no wonder TV comedian Stephen Colbert is a fan. Darnielle’s voice just sounds like that of a comedian songwriter – nasally, verbose, with the vocal tic of clipping the end of the lines, and an articulation that you sense is there so you don’t miss the joke. And there is comedy here. But it’s more just about the strange journeys the songs take. Or perhaps it’s the weird places they start out from.

The latest album Dark in Here is not a concept album like older ones about pro-wrestlers, colonies on the moon or goths. It’s more like its predecessor – a loose collection cohered by oddity, with a (compared to older albums) gentler, less theatrical style – lounge-y, busy snare patterns with spare electric piano, warm country-folk, mostly softer vocals.

It’s a more introspective album, prompted by lockdown, and I assume the line in opener ‘Parisian Enclave’, ‘spores at play deep down in our lungs’ is about COVID. (It’s hard to tell with these lyrics sometimes.) Indeed, the album is said to be about psychological introspection. The song title ‘The Destruction of the Kola Superdeep Borehole Tower’, refers to the name of a mineshaft in Russia, and stands for the mining of the psyche, though with its litany of self-help phrases, it’s something of a parody.

Like Bob Dylan, Darnielle is a compulsive songwriter, and also like Dylan, the immersion in Scripture comes out in the song lyrics. On the last album, ‘I stand at the door and knock’ stood out in the song ‘Getting into Knives’. Here, there is ‘the fruits of the Spirit hang low on the vine’, ‘Solomon in all his glory/not arrayed like these’ and ‘the old flesh will give way to the new’.

‘Mobile’, a lovely mid-tempo country-pop tune that sounds like something Shane Nicholson might do, is inspired by Darnielle’s favourite biblical book, Jonah (appropriately one of the odder books in the Bible). It retells the tale, with the great line of Jonah being ejected from the whale ‘like a dancer crashing through the curtain’, while speaking of Jonah’s resignation to face his fate if God won’t give him an easy way out. The chorus of ‘I’m on a balcony in Mobile, Alabama…’ grounds it in the contemporary.

As with many Mountain Goat songs, the oddness sits slyly inside the music, I guess to keep listeners on their toes. Especially of late, Darnielle seems to enjoy the irony of setting left-field lyrics to pleasant music. ‘To the Headless Horseman’, for example, is hymn-like, with a warm piano melody, though without the title, it’d be hard to pick that it’s actually about a headless horseman. At the same time, the gentler music helps make the words more engaging, like the way whispering is sometimes a more effective way to convey a message than shouting at someone, a drawing-in rather than a knocking over. (‘The Destruction of the Kola Superdeep Borehole Tower’ is really the only more aggressive tune.)

While Darnielle told the magazine Christianity Today that he is hesitant to call himself Christian because of the way American Christianity is caught up with the Republican Party – an understandable position – he said he prays ‘to Jesus’ and is a believer in God. He has an ‘unironic’ love of the music of Rich Mullins and Amy Grant, which, he says, helped him through a recent rough patch. And there is positivity in his music, a finding of the silver lining within the quirkiness, something that is worth catching amongst the problems of pandemics and war. I particularly like his line, ‘we […] practice our prayers until some small hope crystallizes’.