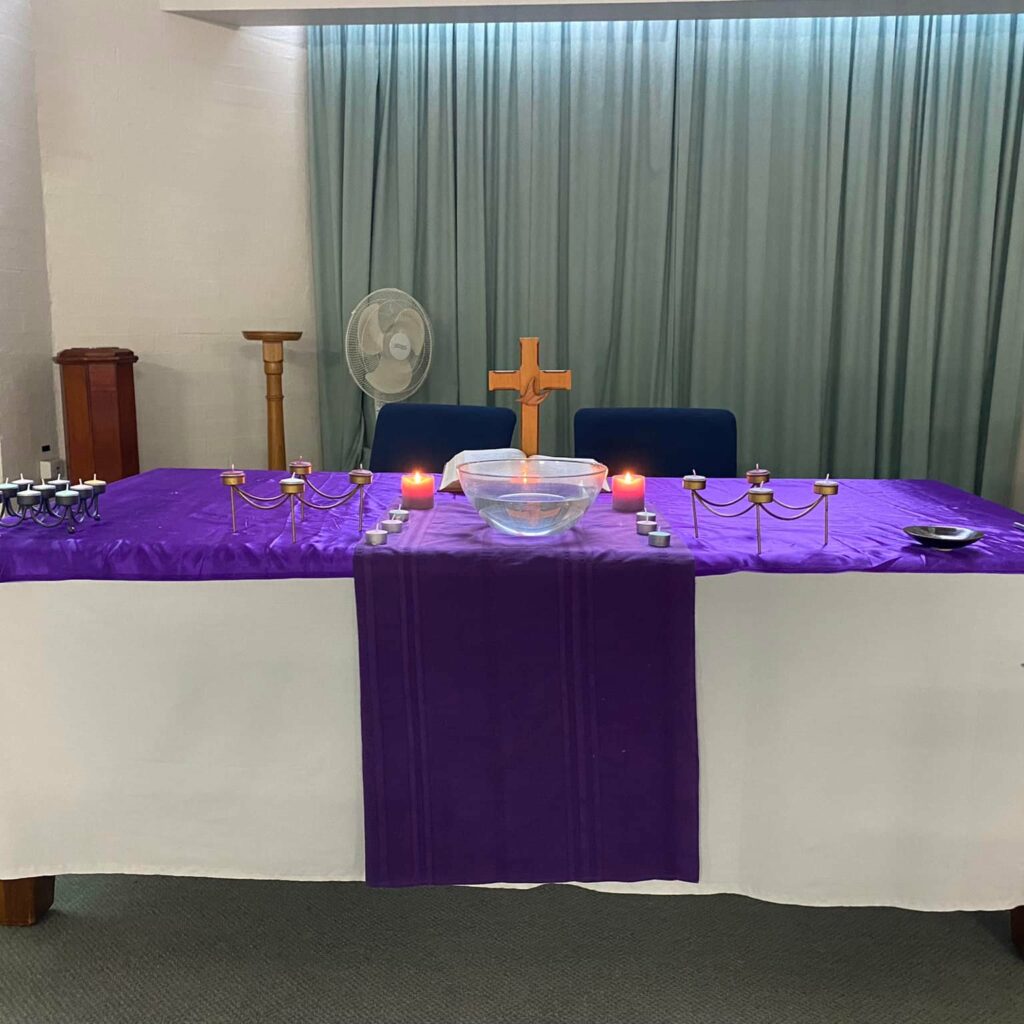 James Ellis is a lay preacher and member of the congregation. He told Insights that the service was particularly apt in the context of COVID-19.

“In this time of uncertainty and disruption, of virus, violence and flood, we need more than ever to take time to be still and reflect on our lives and our communities. What are the things we need to repent of? The things we should change?”

“Ash Wednesday marks the start of a time in the church calendar which focused on transformation and journeying with God. As we find ourselves in a sort of wilderness – coming together to mark Ash Wednesday as a community is important to re-ground ourselves.”

“For us in Tuggeranong – it marked the first in person services since Christmas. To meet in community, to pray together, to mark with ashes, was special as we journey into lent.”

As well as being held in-person, the service was streamed online.

As is the case with many Ash Wednesday services, this involved attendees tracing the sign of the cross on their forehead in ash. This practice, dates to at least the nineth century, is a public demonstration of the repentance of sins.

The use of ash was ritualised in 1091 when Pope Urban II decreed the use of ashes to mark the beginning Lent, when Christians take up Christ’s forty-day period of fasting. This period is said to have prepared Christ for his three-year ministry that would culminate in his arrest, crucifixion, and resurrection.

The use of ashes generally fell out of favour in non-Catholic denominations after the reformation, however, it has returned since the 19th century and the advent of the “ecumenical movement.”

Lent Event is one practical outworking of the reflection that takes place during the lead up to Easter. Since 2009, the fundraiser event has raised over three million dollars for UnitingWorld initiatives that help people escape extreme poverty. People who participate give something up, spend some time reflecting, and donate some of the money that they otherwise may have spent.

For more information on Lent Event, visit the official website.