Home
Reviews
Read This
The building blocks of the universe

The building blocks of the universe 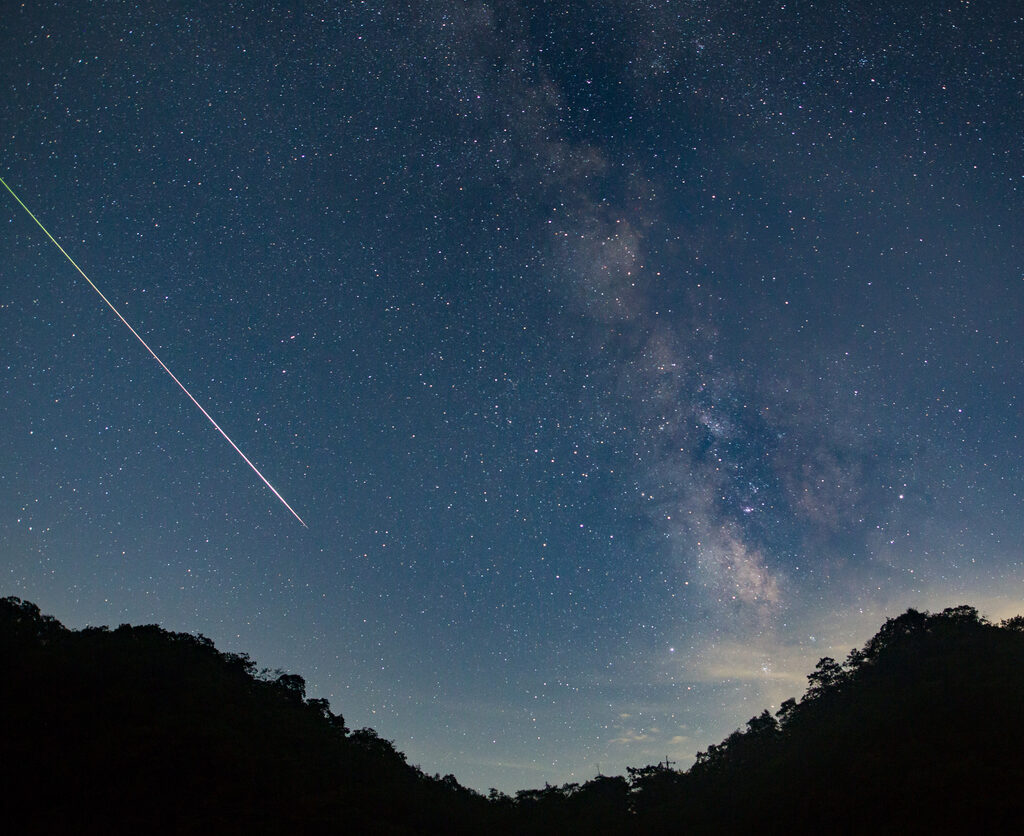 In 2013 a meteor blazed through the early morning sky above the Russian town of Chelyabinsk. The ball of light on a shallow trajectory grew then exploded. The shockwave not only broke windows, but punched window frames out of walls and collapsed brick walls and ceilings, causing millions of dollars’ worth of damage. There is much footage of the fireball (partly because of the ubiquitous nature of dashcams in Russia), and using this, meteorite chasers were able to pinpoint the landing spot in an ice-covered lake. Of the pieces scientists retrieved, the biggest weighed half a ton.

The Chelyabinsk meteor was unusually large, but Earth is regularly hit by meteors, and we have a somewhat false sense of security because of the cushioning effect of our atmosphere. Most meteors break up into cosmic dust (the name is self-explanatory). Only a few make it to the ground as ‘falls’ (also self-explanatory). (Meteors become meteorites when they make it through the atmosphere and become falls, of course.) Only a few of these become ‘finds’ (yes, again self-explanatory). Finds are rare. As you might imagine, most ‘falls’ fall into the ocean. If a fall occurs on terra firma, it might not become a find, and weathering might reduce it to dust. Rare finds are treasured, partly because, as Tim Gregory notes in his book, they tell us about the formation of the solar system, and even of the universe.

In the Middle Ages the celestial sphere was thought of as perfect – bits couldn’t just fall off. But eventually it was concluded that those weird, heavy rocks (meteorites are often high in iron content) found in fields were related to those fireballs seen shooting across the sky at night. (Of course meteors enter Earth’s atmosphere at all times of the day, but we tend to notice them at night.)

Meteorites are made of the building blocks of the universe; they are the left-overs from the material used to make the planets. Some come from the asteroid belt, the solar system’s major reject pile. The asteroid belt is no longer thought of as the remains of a planet, but as rocks that never coalesced into a planet. Bits are knocked off when asteroids collide, a result of the planets’ gravity tugging them as the planets orbit by. Meteors can also be bits of the moon that have been knocked off by other meteors crashing into it. The same goes for Mars.

Meteors are sometimes rich with carbon, and a few years back such a meteor from Mars caused a sensation because scientists thought they saw evidence of organic compounds inside, pointing to the possibility of primitive life inhabiting Mars when it still had flowing water. US President Bill Clinton thought it worthy of a press conference on the White House lawn. But the initial enthusiasm withered down to almost universal skepticism. The evidence simply wasn’t strong enough.

Gregory tells us much about the chemical composition of meteors. Earth’s rocks have the same ultimate origin as meteorites, but the Earth’s rocks have been regularly recycled. The materials in most meteorites, in contrast, bear the original signatures of their formation within stars, giving us information on how stars form, and how the solar system came into being. The composition of meteorite rocks can indicate which heavenly bodies they come from, even down to, in the case of meteorites of volcanic origin, where in an underground magma chamber they formed.

Gregory is enthusiastic about all this, and a lucid and lyrical writer. He is also something of an evangelist for space exploration. He has an almost religious certainty that we will colonise the stars. (I don’t share his faith, but, rather, I share the skepticism of the likes of Paul Davies, who points out the difficulties caused by the vast distances involved. Gregory thinks it is wise to move beyond the Earth, but I wonder if this is more hubris – another case of thinking scientific innovation, rather than humble environmental management, will save us, and a desire to see the human race live on almost-eternally.) This is partly through necessity – there is no reason, as he suggests, that another ‘fall’ like the asteroid that smashed into the Earth 65 million years ago and killed the dinosaurs won’t happen again. There is no guarantee that humanity will survive on Earth indefinitely. (The Bible certainly doesn’t guarantee it.) In that case, if we don’t make the star-jumps Gregory is hoping for, it will be cosmic dust to cosmic dust, cosmic ashes to cosmic ashes.