A dazzling ecosystem of fictional monsters 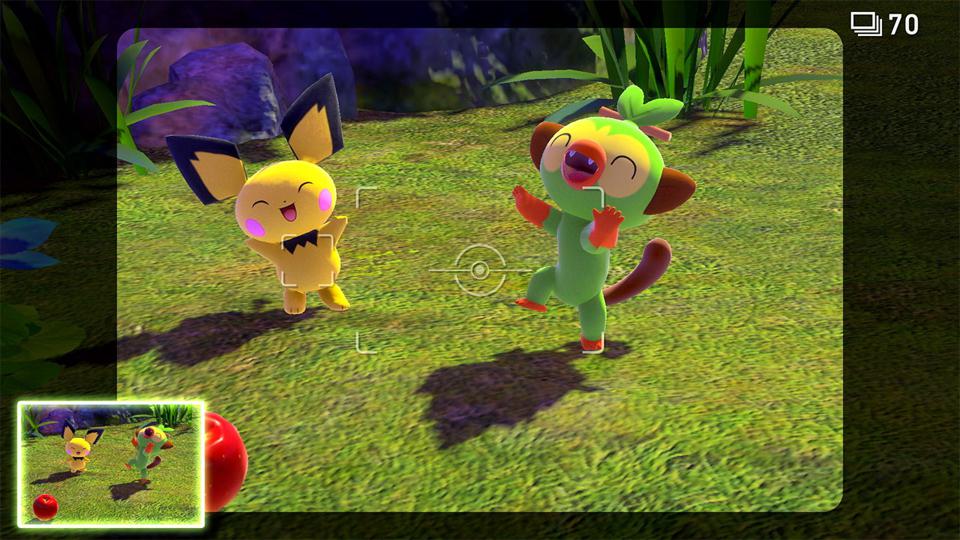 All the way back in 1999, Pokémon Snap for the Nintendo 64 gave fans of Nintendo’s RPG franchise something beautiful: a look at Pokémon in their natural habitats. Through the lens of their camera, players could view how these creatures lived their lives when they weren’t being captured and taught to fight. It was a treat for fans and a very fun photography game to boot: and now, finally, there’s a sequel.

New Pokémon Snap takes the gameplay loop of the original game – riding through on-rails levels, taking photos and interacting with the world to prompt interesting poses and actions from the creatures you encounter – and ramps everything up. Whereas the original game was rather short, this sequel is extremely generous in content. To master it, you not only need to photograph all 214 Pokémon in the game, but also capture each one in a variety of different poses: you’re scored separately on four different kinds of photo for each Pokémon, with each creature having a rare four-star pose that needs to be coaxed out of them with the handful of tools at your disposal.

New Pokémon Snap asks for extreme thoroughness and attention to detail from its players, but it’s also a comforting and rewarding game. Lining up a perfect shot, with a Pokémon doing something interesting while facing the camera and dead centre in the frame, feels just as satisfying as taking the perfect snap in real life does. Being able to share these pictures online with other players, complete with captions and stickers, can make you feel like part of a bigger photography community, too.

Above all else, New Pokémon Snap is the most dazzling realisation yet of a Pokémon ecosystem. The franchise has expanded massively since the original Snap, and this sequel reflects this, with far more monsters, more gorgeous environments, and a grander sense of scale to how these animals co-mingle. Seeing several generations worth of beautiful character designs together like this, playing and fighting and showing off their personalities, is a reminder of just how special a world Nintendo has created. The environments are gorgeous, and the Pokémon are animated with a level of fluidity and personality that surpasses any other Pokémon game. A large part of the appeal of Pokémon has always been the larger world, the idea of living in a place where Pokémon and humans work alongside each other to make the world a better place. New Pokémon Snap is a snapshot – or, by the time the credits roll, over 1000 snapshots – of such a world, and it’s wonderful to be a part of it.

As an on-rails game, New Pokémon Snap can be quite repetitive, and it’s frustrating to need to replay a whole level when the photo opportunity you’re trying to land is right at the end of it. Figuring out the way to lure a four-star photo out of each creature can be frustrating, too, as even with a hint system the methods behind getting these poses can be frustratingly opaque. But for fans who have waited over 20 years for a sequel, these are small prices to pay.