Home
Reviews
Read This
Should we always feel happy?

Should we always feel happy? 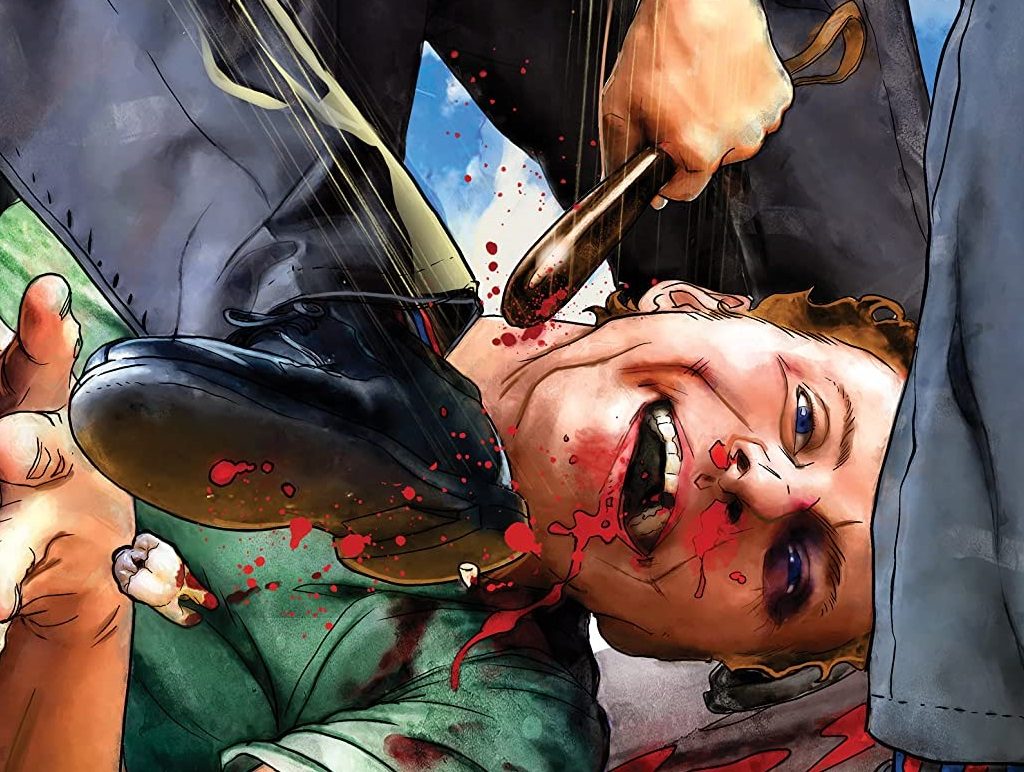 From the controversial Second Coming to the recent Billionaire Island, AHOY! Comics has a track record of putting out iconoclastic satire that takes the comics medium into unusual territory.

The latest in this trend, Happy Hour, explores a dystopian future where it has become literally illegal for people to feel unhappy. With armed Joy Police cracking down on unhappy dissidents, and the population heavily medicated, Jerry finds himself feeling down after his sister’s death…and wanting to stay that way. With doctors ‘concerned’ for his lack of happiness, Jerry is sent to a ‘Readjustment Centre’ to be reprogrammed. There, he meets a small number of dissidents who share his desire to escape, and feel once more.

Part One Flew Over The Cuckoo’s Nest and part 1984, Happy Hour is a biting satire that explores societal pressures to project false happiness.

Written by Peter Milligan, with art by Michael Montenat, it is a comic series that seamlessly melds the writer’s ideas with the artist’s designs, with the biting commentary and dialogue nicely met by the frenetic art style.

For a comic with a blatant (and potentially hand-waving) theme, the first issue demonstrates that the Happy Hour creative team is also capable of more subtle jokes.

For a story set in a dystopian future which doesn’t explicitly mention faith much, Happy Hour has a good deal of relevance to churches. So often, Christians offering one or another version of hope in Jesus can be tempted by triumphalism, theology that acknowledges Christ’s victory over sin in such a way that minimises the very real day-to-day suffering many people go through. As the book’s protagonist so angrily points out a few times, all emotions are healthy and experiencing them is a necessary part of human existence, including during times of grief. This is evident in the life of Jesus himself, who, as Yancey explores in The Jesus I Never Knew, expresses the full range of human emotions including deep sorrow and rage.

For a world now experiencing various forms of loss due to the COVID-19 pandemic, it is a timely and necessary story.

Happy Hour is now available in comic shops and online at Comixology.

PrevPreviousCollaborating, sharing, and working together in remote NSW
NextHave you thought about what your Christmas season will look like?Next