Home
Reviews
Read This
Saga to return in 2022 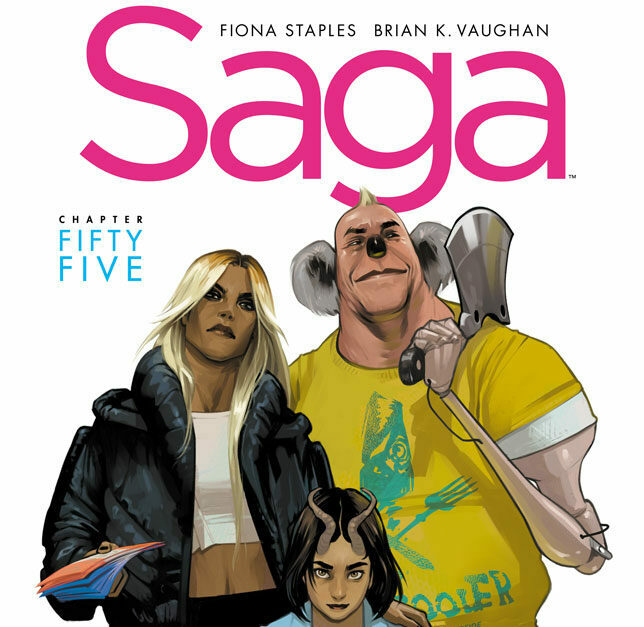 After a three and a half year absence, Image Comics’ series Saga will finally return from hiatus in January 2022.

Saga issue 55 issue will kick off a new story arc. The comic will land in US stores on Wednesday, 26 January, with Australia and the rest of the world soon to follow.

Bryan K. Vaughn is Saga’s writer and co-creator. His previous efforts include Y The Last Man and Ex Machina. He was also one of the writers on the TV series Lost.

The comic features a diverse range of characters and tells the story of a mixed family where both parents, Marko and Alana, are from other sides of an ongoing war. It is told through the perspective of Hazel, their daughter, from an unspecified point in the future. The most recent issue, published in 2018, featured the death of a beloved character (spoilers in link).

“Other than my own family, collaborating with Fiona Staples on Saga is the most important thing in my life, so I can’t thank readers and retailers enough for their patience,” Mr Vaughan said.

“I think our next 54 issues will be even more shocking, strange, and spectacular than the first 54, so we can’t wait to be back on the shelves at your local comic shop soon.”

“I’ve really missed connecting with readers through the pages of Saga, so I’m thrilled to roll up my sleeves and dive into this world again,” Ms Staples said.

“The next arc is already going places I never imagined. I’m so grateful that we’re able to keep doing this!”

The series will return with a double-length issue—44 pages of story for the regular price point.

The series has also been immortalised with references and easter eggs in such popular TV shows as Supernatural, The Big Bang Theory, and The Simpsons.

The series ’ creators previously said that the series is halfway through its story.

Saga #55 will be available at comic book shops in January.

Saga is available in comic book shops and across digital platforms, including Amazon Kindle, Apple Books, and Google Play. It can be found on Comixology here.