Home
Features
Your Say
#NotAllMen? Sure, but #EveryWoman has a story

#NotAllMen? Sure, but #EveryWoman has a story 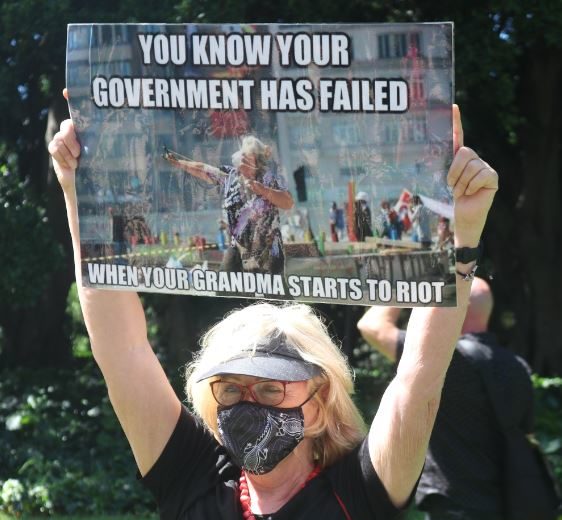 It started with Janine Hendry posting a single tweet asking how many women it would take to encircle Parliament House in Canberra.

From there it snowballed into a movement that would encircle Australia with its message decrying gendered violence toward women, and demanding justice for victims of sexual assault that has been a dark and tumultuous cloud overhanging Canberra. After the idea started gaining traction, a Facebook group was set up and events were planned in not just Canberra, but all Australian major cities.

By the time Monday, 15 March rolled around there were 40 marches tracked by the tireless March4Justice social media team.

Canberra saw and Brittany Higgins take the stage and slam the government for what they said was a failure to create an environment where women are safe, and to properly follow precedent that saw accused ministers step aside while an investigation took place. Grace Tame shared similar sentiments in Hobart.

Speakers in Sydney included Jess Hill, investigative journalist and author of See What You Made Me Do: Power, Control and Domestic Abuse; Michael Bradley, the lawyer who represented the woman who tragically took her life after reporting her experience of alleged sexual assault by Christian Porter; and Dhanya Mali, ex staffer for the NSW Government under Mike Baird and friend of Porter’s accuser.

First Nations women and women of colour were represented, as were women from the LGBTQIA+ community. The most contentious element of LGBTQIA+ representation, though, were those who make up the trans community, where trans women and trans men are both subject to the same gendered violence experienced by their cisgender (living as their assigned gender at birth) peers.

This was met with a constant stream of abuse and dehumanising comments about both women involved in organising the march, and women attending. Exclusionary tactics were just one of the issues involved in challenging what’s known as “white feminism”, an idea that feminism when mobilised tends only to deal with problems faced by a certain cohort of white, and middle/upper-class women, completely ignoring any issues that might be plaguing women from other demographics.

Once challenged though, even the March4Justice movement became a much more diverse platform to address problems for all women. Like any grassroots movement though, March4Justice is something that has the capacity to evolve along the way, and hopefully we see this move and grow in an organic fashion towards a much more intersectional approach to justice and social justice issues that affect women.

Speaking to Jaime Evans of Women’s March Sydney, it was highlighted that the outcomes hoped for after the march involve a change to consent laws that are sorely outdated, a better respect for the dignity of victims of sexual assault, and a better understanding of the cultural change needed to address these issues. Anything less is simply applying a Band-Aid to wounds caused by a much bigger problem.

While predominantly made up of women who are furious at the government’s lack of action on sexual assault carried out under their watch, there were also male allies there to be a supportive presence, and a considerable number of teenagers. At the very least it was proof positive that the women of Australia are demanding a culture shift away from the violent misogyny that underpins Australian culture.

While we can’t predict what the federal (or state) government will do to address these issues, we can be absolutely certain that women from all walks of life are now prepared to bring cities all over the country to a grinding halt to demand a change that is so desperately needed…

Our right to safety.

Sarah Alice Allcroft was one of the organisers of the Sydney March4Justice. 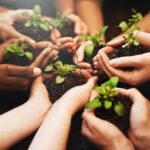 November: The promise that all things will be made new