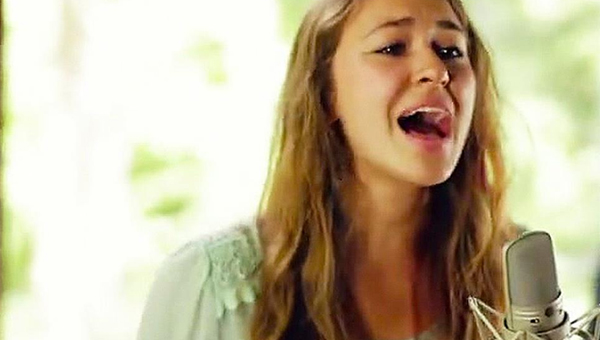 Popular on Christian radio stations around Australia, singer Lauren Daigle’s Trust in You has hit the No. 1 Spot on the “Hot Christian Songs” list compiled by the famous Billboard charts in the USA. While Daigle’s success might be music to the ears of fans, the bigger news for Australians could be that the most prominent weekly charts in America actually dedicates an entire list to Christian tunes.

World record attempt … at the Macarena

Uniting is once again hosting “The Big Move” event, to help combat the spread of dementia in Australian society. To be held on March 30 at various locations across New South Wales, including the Sydney Opera House, The Big Move seeks to raise awareness of dementia and raise funds for carers.  The best way known to help prevent and slow the onset of dementia is through movement, so “The Big Move” is all about dance, dance, dance. At the Opera House on March 30, there will be a “Big Move” attempt to break the world record for the most people dancing the “Macarena” at one time.

Christian group could be banned — for being Christian

A challenge has been put by the University of Sydney Union, to the long-standing and well-regarded Evangelical Union campus group. The EU is being threatened with deregistration because it asks members to declare their faith in Jesus Christ. The USU insists that such a declaration is “discriminatory” and “exclusive”.

Writing a letter can save a life

Many Australians sponsor children in impoverished countries, through Christian charity organisations such as World Vision or Compassion. Sydney’s Hope 103.2FM featured an interview this week with a Ugandan woman, who explained how letters from her loving Australian sponsor “helped me focus on God and regain hope when I was about to commit suicide when I was 16 and homeless. I read [those] letters again, and they helped me think through life and go back to the Compassion project and be supported more.”

Don’t look Up! has a surprising amount to tell us about economics, much of it useful