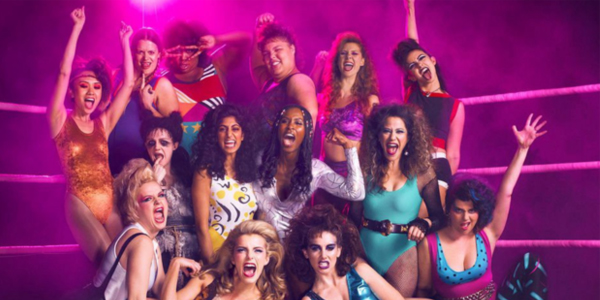 While broadly in keeping with the same style, humour, and storyline from GLOW’s first season, Season two explores yet more aspects of the wrestling industry and the 1980s in general. The way that the show manages to stay true to its 1980s setting, while also casting its focus wider to draw attention to contemporary issues is a feat that GLOW’s writing team can be proud of.

Paramount among these is the way that GLOW’s second season tackles sexism, both within the wrestling industry and entertainment more broadly.

GLOW’s second season picks up where the first left off. It’s been a few months since the filming of the first season and (most of) the cast has returned. With their timeslot stolen by a new male promotion, the GLOW cast need to step things up, taking more dangerous bumps and introducing more advanced moves in order to compete. This, however, takes its toll and a number of season two’s complications stem from this addition.

As is the case with most avenues of entertainment (and society more broadly), wrestling has long had a ‘Me Too’ problem. Season two of GLOW tackles this in a way that does not come across as shoe-horned into the wider storyline for the sake of appearing relevant.

The season also has an interesting exploration of what happens when wrestlers take liberties with one another. The storyline likely stems from a real life incident. During AAA’s Triplemania in Mexico City, Dulce ‘Sexy Star’ Rivas intentionally injured Rosemary by retaining a hold far longer than was necessary. Given that this took place around the time that the season was in preproduction, it is impressive that the writers took the time to add it to the script.

One of this season’s other highlights is an episode that forgoes the usual format, instead presenting an episode of the bizarre show that the women are working on.

While Netflix is yet to announce a third season for GLOW, the studio would be abandoning a sure-fire success were they not to set a return date.