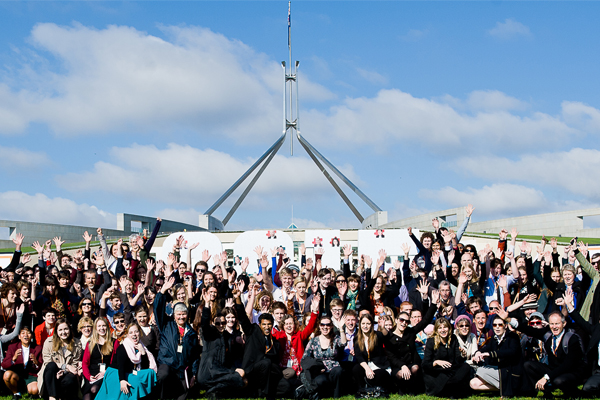 Early bird registrations have opened for Voices for Justice 2018.

Voices for Justice is Micah Australia’s flagship event. It involves four days of training and advocacy, including face-to-face meetings between members of parliament and their constituents.

The event takes place at a key time, when Australia is less than a year away from a federal election. The government can call an election for a weekend after 4 August, and this must take place before 18 May 2019.

The Turnbull government has frozen aid funding levels as part of the 2018-2019 federal budget. As a result, Australian aid has reached its lowest ever level as a percentage of our Gross National Income at just 0.22 per cent. In the forward estimates, it is projected to continue to fall to 0.19 per cent.

Rev. Tim Costello is Micah Australia’s Executive Director. He said that Voices for Justice was more important than ever.

“With the world fast ‘retribalising’ and leading democracies turning inwards, now more than ever, we need to speak up for justice and the world’s poor,” Rev Costello said.

The government has defended the cuts, suggesting that Australia has an aid program that it can afford.

Guest speakers and trainers for Voices for Justice will be announced soon.

The early bird registrations end on 31 August and cost $150 per person.