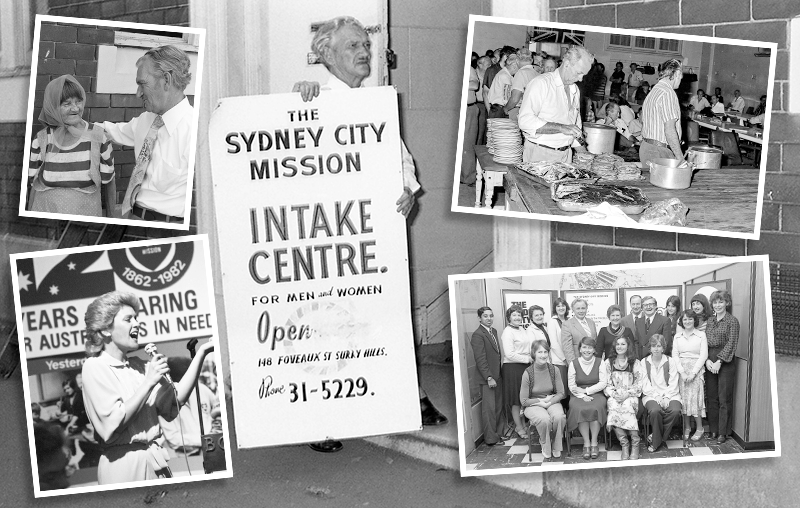 Sydney City Mission was founded by British immigrant businessman, Benjamin Short, on 11 July 1862 with prominent community members including John Fairfax, and clergy from various denominations. It was based on the same model as London City Mission.

Mr Short was distressed by the poverty and deprivation he saw on the streets of Sydney.

At that time, there was no income support safety net.

An article published in the Sydney Morning Herald covered the meeting held to establish the Sydney City Mission at Temperance Hall on Pitt Street.

Echoing Mission Australia’s Founding Purpose, the Chairman opened the meeting by reminding those gathered that the immorality of the lower classes should not be their focus, instead they should consider the conditions that cause it.

Benjamin Short then implored the crowd to support the Mission’s founding, “the Christian Churches of Sydney cannot be held guiltless if they neglect to stretch out a helping hand to rescue those who are perishing around them,” he said.

Decades later during the recession of 1890 and the Great Depression of the 1930s, Mission halls overflowed with people in need. Over time, City Missions adapted and changed how they cared for those who had fallen on hard times. What started out as handouts and ‘soup lines’ were replaced with structured programs that look at the causes of problems and seek to find and advocate for long-term solutions.

“Mission Australia truly stands on the shoulders of giants. Certainly, none of us would be serving people at their time of need through Mission Australia if it wasn’t for Benjamin Short’s action, compassion and vision 160 years ago,” she said.

“Everyone at Mission Australia remains committed to achieving our goal to end homelessness and ensure people and communities in need can thrive. While we celebrate our past, we look forward, doing all we can to change the futures of thousands of people across Australia who are currently vulnerable and in need of care and support.

PrevPreviousA changed atmosphere in Australia on climate
NextChris Pratt says he is, “not a religious person”Next