Home
Climate Action
A changed atmosphere in Australia on climate 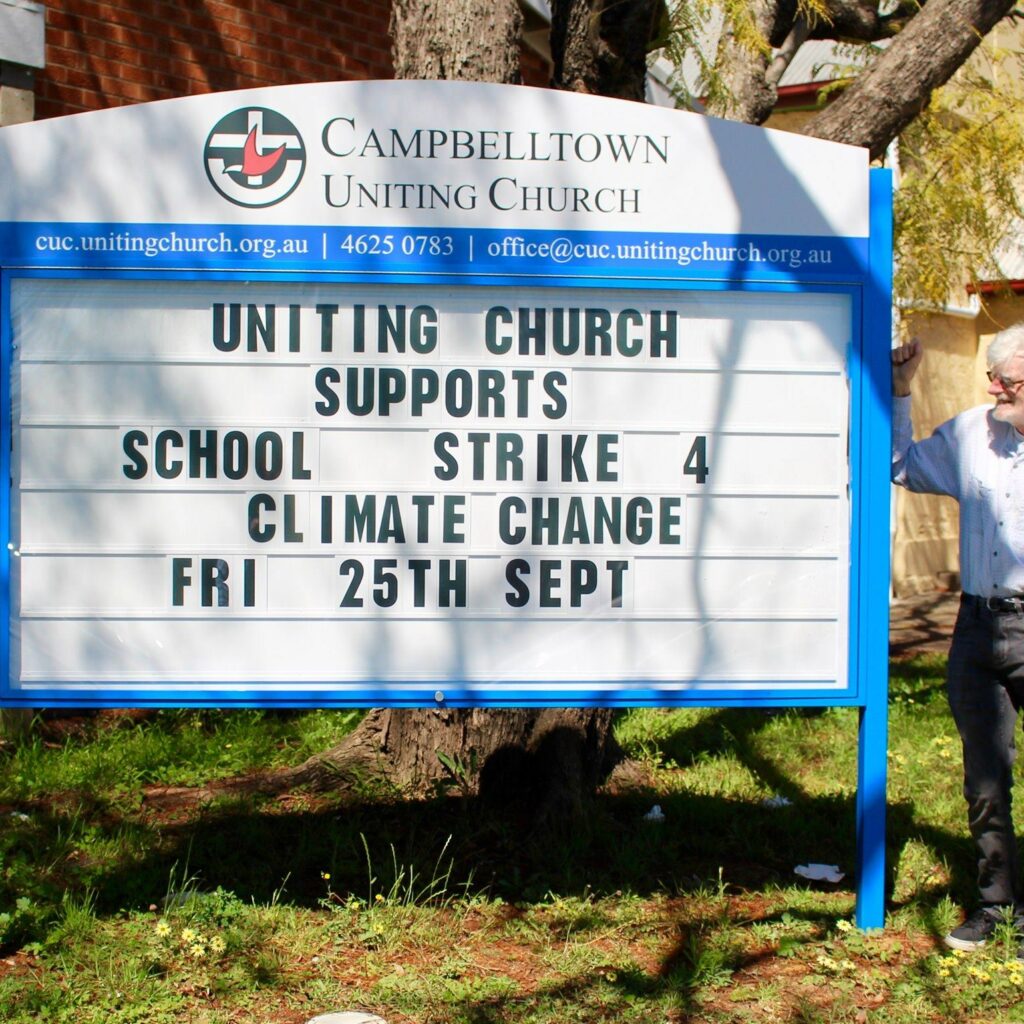 I saw a cartoon once. It showed a small pack of wolves howling at the moon. One wolf has stopped and says to the others, “I know this is fun, but sometimes I wonder if we are actually achieving anything”

As someone who is involved in the advocacy work of the Uniting Church, I can relate to the wolf’s question. Yes, the issues are important, and yes, we and many others are working hard on them, but are we getting anywhere?

Action on climate change is a case in point.

In 2019 our Synod resolved to begin a Climate Action Strategy. That strategy committed us to reduce our carbon emissions across the church, to advocate to government for stronger action on climate and to stand with young people in their advocacy on climate.

But in the Federal election that year action on climate change seemed a divisive issue. In some places it was a definite vote loser for parties and candidates supporting stronger action.

How things have shifted! Many journalists and political commentators have dubbed our most recent federal poll, the ‘climate election’. Pre-election surveys showed that action on climate change ranked highly in voters’ minds as a priority issue for the election.  Post-poll surveys showed that it had in fact affected how people cast their vote.

Seven so called ‘Teal’ independents were elected, largely on the back of calling for stronger climate action. Four Greens candidates were elected to the House of Representatives.  Both major parties saw their votes decline with most of the gap (not all) going to pro-climate action candidates.

What led to the shift?

One factor that has changed community attitudes to action on climate change is undoubtedly our experience of climate disasters in the last three years.  We saw the worst bushfires on record in the summer of 2019/20. This was followed by devastating floods in northern NSW and south eastern Queensland. In the recent election, votes in electorates affected by floods and fires swung most strongly towards those championing action on climate.

But the slower work of raising awareness, community conversations and advocacy to our decision makers has also had an impact. It is true that many thousands of people and hundreds of organisations have contributed to the shift in community attitudes. Climate organisations, businesses and industrial groups, financial organisations, community groups and faith communities have all played a role. Many Uniting Church members have been part of that, convinced that care for creation is an intrinsic part of their faith and discipleship and of the mission of the church.

Hundreds of Uniting Church members acted in support of the School Strike 4 Climate movement over the last four years. They attended rallies in person or online, posted encouraging messages on social media and contacted MP’s in support of the students’ call. Nearly 70 congregations displayed climate action banners on their church buildings, projecting their faith convictions into the public square to be seen by thousands.

Many church members supported climate action through other organisations, like the Australian Religious Response to Climate Change (ARRCC), Common Grace or the Australian Conservation Foundation. They wrote letters (ARRCC alone sent 600 or more to the Prime Minister) attended rallies, went to prayer gatherings, and participated in vigils at MP’s offices.

As part of the ‘Climate Conversations’ initiative, Uniting Church members in our Synod met with sitting MPs or candidates to share their views about action on climate, either with other Uniting Church members or with other groups. In total, our members participated in meetings in 11 electorates, which is 22 percent of all federal electorates in NSW and the ACT. And all this is on top of the everyday conversations in families, congregations and communities, that church members have had about climate action as a part of our Christian responsibility to others and all life that God has made.

Has it made any difference?

Some members of our Uniting Advocacy team attended the Climate Action Network of Australia conference last week in Canberra. There were many seasoned climate activists and campaigners there, some with decades of action behind them.  They spoke of being relieved and hopeful at the election result, for the change in community attitudes that it revealed and the prospect of stronger policy and government action in future. They were also realistic, knowing that any new government faces competing pressures and the clamour of many voices.

But they recognised a significant shift had occurred. And our church, our congregations and our members have played a part in that.

As a church we will continue to act on climate change. One way we do that is through the Uniting Climate Action Network (UCAN). You can find out more about UCAN and other climate related activity at our new website.