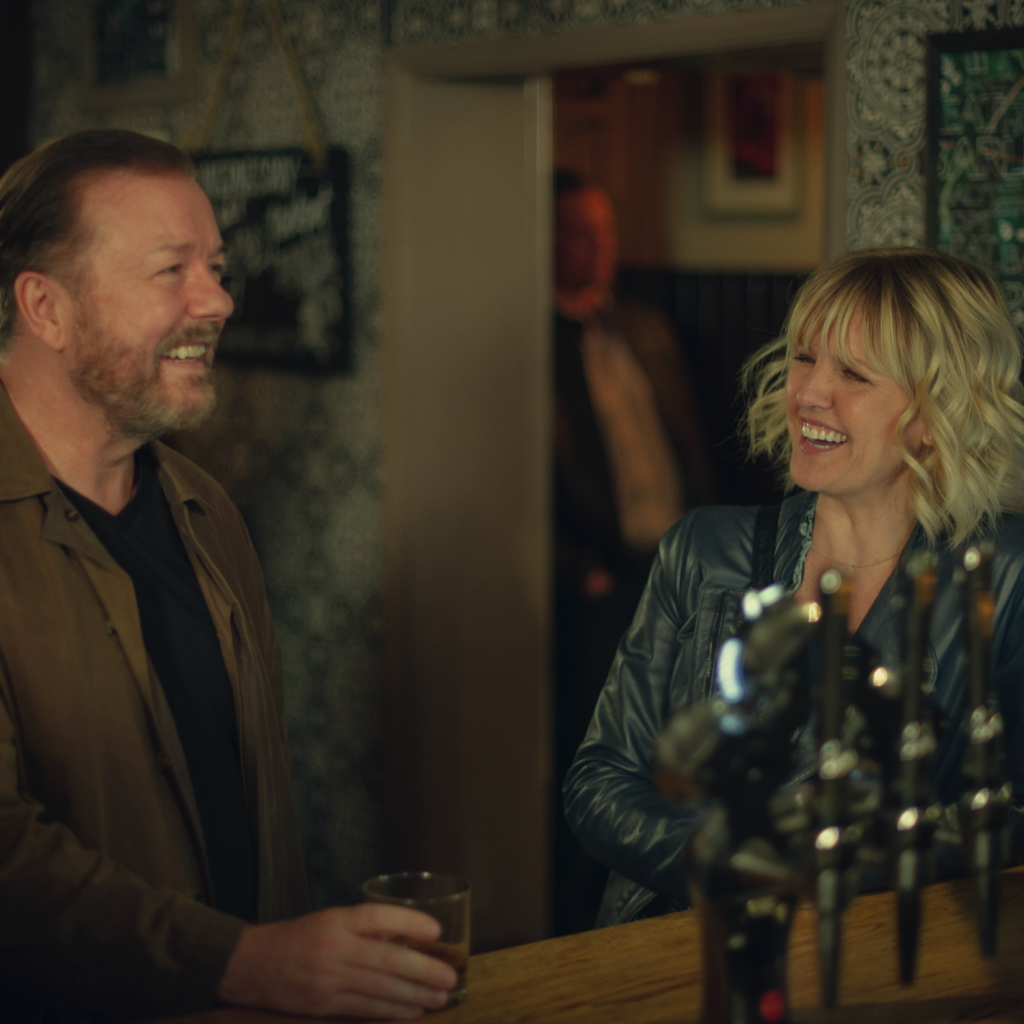 Content warning: This review contains some discussion about suicide and depression.

Set in the fictional small English town of Tanbury, After Life is a dark comedy that has a surprising amount of genuine heart, a show that ruminates on life, death, and the relationships that we form in between.

Tony is a man who thinks he has a superpower. With his wife gone after a protracted cancer battle, he no longer cares about life, seeking only to get revenge on the world around him for his experience. And yet, thanks to the efforts of those rallying around him, he might yet decide to become a better person.

What makes After Life so surprising is the way that it so earnestly looks at what makes life worth living. With an emphasis on the importance of helping others, the show is downright wholesome.

After Life’s cast is a mix of familiar faces from Gervais’ work and new actors. One Extras alumnus viewers would be familiar with is Ashley Jensen, who plays Emma, a nurse who cares for Tony’s elderly father and a potential love interest if his grief will ever allow him to move on.

Over the two seasons, we see Gervais’ acting range at its widest and he demonstrates a maturity that his prior work has lacked. From his usual deadpan humour to the lowest pit of grief, he displays it all.

Season two sees a jump ahead in a few months, with events having moved ahead. While the jump is initially jarring, it doesn’t take long to get up to speed.

After Life might well be the most bittersweet show on television. From its exploration of what it’s like to lose someone you love to the gross-out humour of some of the village’s denizens, it has a range that not many shows manage.

Driving After Life is a central worldview that might be best described as nihilistic. Many of the central characters do not believe there is any inherent meaning to life, save for helping people and whatever meaning we decide to create for ourselves. And yet, with the shift that occurs in Tony because of the efforts of those around him, we see much of what might be deemed transformation. Even in his atheism, Tony finds meaning in helping the least around him. And while this is not intended by Gervais to be a Christian message, it is hard not to see the Gospel resonance (even if he were to reject such a reading outright).

After Life is not perfect, dividing the line at points between being touching and becoming grating. The usual Gervais tics are there for anyone familiar with his work. From the support person who isn’t very good at their job to the all-too-clever atheist rants, his hand in the writing is all too evident. With some more attention to these elements, and perhaps removing them altogether, After Life would otherwise be the most original contribution Gervais has made to television in decades. As it stands, it is easily his best.

Both seasons of After Life are streaming now on Netflix

If suicidal thoughts are something you struggle with, help is available. Call Lifeline on 13 11 14.