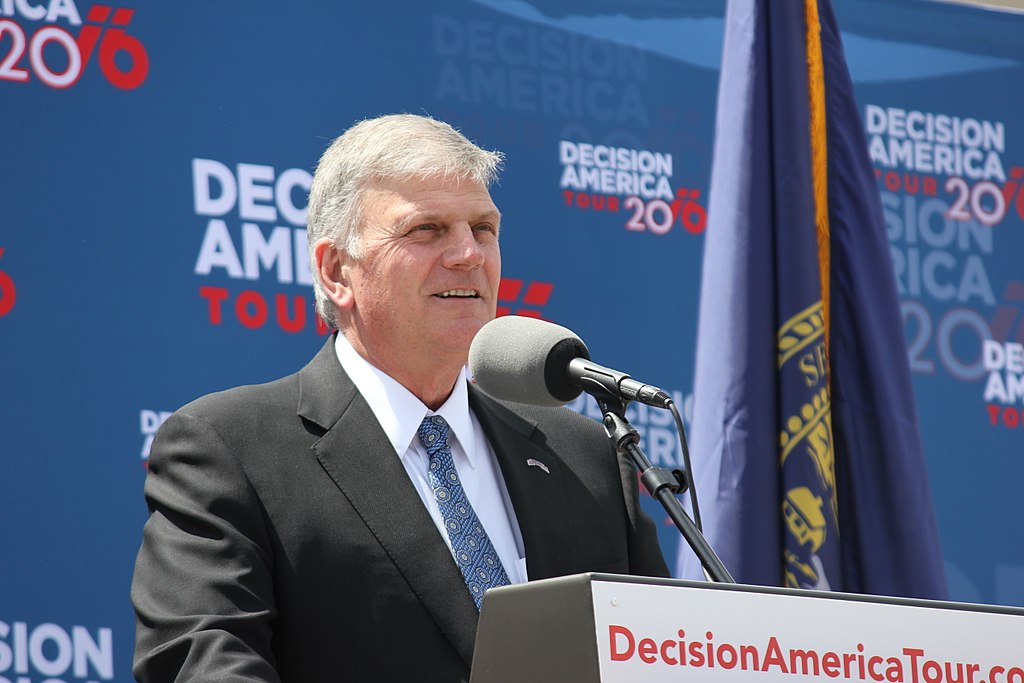 Franklin Graham, son of the late Billy Graham and President of the Samaritan’s Purse charity, planned an eight-city tour of the UK in June. After a groundswell of backlash against Graham, however, the final venue for the event has pulled out.

The cancellation leaves the tour with no venues.

Graham has been controversial for comments he has made in support of US President Donald Trump, and his criticism of the LGBT community, which he once described as enemies of civilisation. The planned tour was scheduled to take place during Pride month, which was a point of tension.

Representatives of Sheffield’s LGBT community signed a protest letter against his visit arguing that he “has repeatedly publicly promoted his homophobic beliefs.”

Rev. Graham argued that “My speech doesn’t hurt anybody” and that the LGBT community would be welcome to attend the events.

“It’s not true that I’ve come to divide the community. There’s no evidence of me preaching hatred or inciting violence,” he said.

“I’m just coming to tell them what the Bible has to say. We welcome the LGBT+ community to our event.”

He argued that he was being denied freedom to express his views.

“If they oppose me, who’s next? Who are they going to silence?”

The Marshall Arena in Milton Keyes was one such venue to cancel, citing concerns that the event would breach the peace.

“This decision has been taken due to our concerns that the event may lead to a breach of the peace, which we believe would have a disruptive effect on our staff, our neighbours at Stadium MK and the inclusive Milton Keynes community,” read a statement on the arena website.

The Billy Graham Evangelistic Association responded that it intends legal action in response to the decision, citing what they say is a broken contract.

Franklin Graham is the oldest son of the late evangelist Billy Graham, who passed away in February 2018.