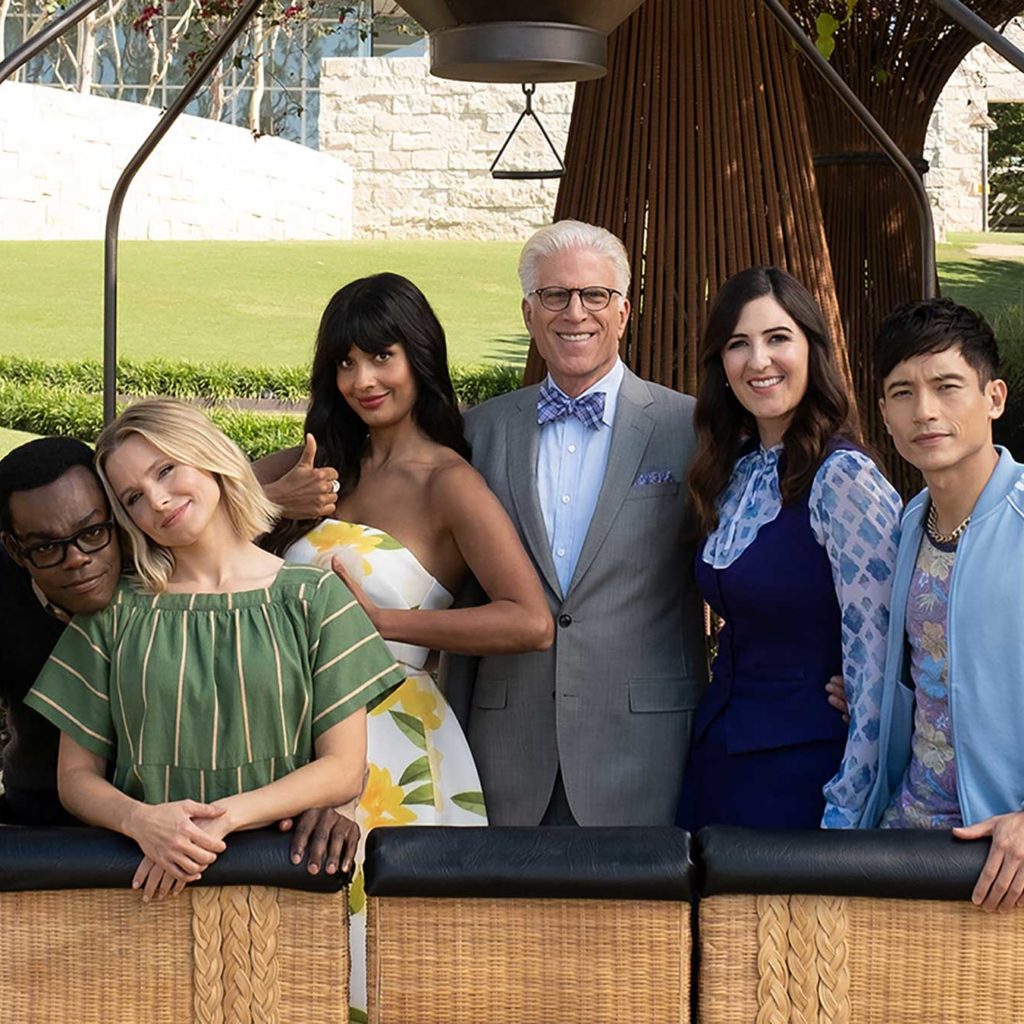 Over its four-year run, The Good Place has proven itself to be one of the deepest comedies of all time, balancing a quick wit with a deeper introspection. From jokes about WWE, to a consideration of deontology versus consequentialism, the show’s range is truly impressive. Now at its end, The Good Place manages to close in a way that is surprisingly sad and yet profound.

The episode is in many ways one of the saddest show finals in recent memory. In many ways, we are forced to say goodbye to beloved characters and the impression is one that is unlikely to leave for some time. This is as beautiful an experience of grief as has ever been transmitted on screen, as might be expected about a show that is all about death, the afterlife, and finding meaning in it all.

This is not to say that the final episode is all doom and gloom, and there are several great Easter eggs and rewards for fans who have followed every episode to date. Some great one-off and short-term characters have appeared in The Good Place, and most of them make cameos.

The prior episodes of the Good Place’s final season establish that there is a problem with the afterlife’s design. Living in a world that becomes increasingly complicated by the day, human beings find themselves unable to live up to the standards needed to get into the ‘good place’, leading to most ending up in the ‘bad place’. Having helped sort out a new system where people can redeem themselves and improve through a series of tests, the core characters find themselves in the good place for eternity. However, a major complication occurs when they discover that the good place’s inhabitants are finding themselves blissed out of their brains, living out a happy, yet somewhat meaningless existence for the rest of eternity.

The characters manage to come up with a solution to this problem, and in doing so raise several interesting questions about the purpose of existence and the meaning of the afterlife.

While The Good Place’s universe avoids addressing faith head-on, there are nonetheless a number of references and questions that the final episode brings up about the purpose of life and death that Christians will resonate with. Ultimately, this is a version of the afterlife that is lacking in grace. Making their way into the Good Place is initially a merit-based task based on works, a task that virtually no one succeeds at.

Despite this difference, The Good Place is not a show that any Christians should avoid engaging with, in the unlikely event that they have not watched it yet. The show also has much to impart about the process of discipleship, as it makes the case that people can become better through rigorous processes of learning and reflecting.

Today’s cluttered television landscape would benefit from more content as meaningful, yet accessible as The Good Place, and its absence will leave a profound gap.

The Good Place finale is now streaming on Netflix