Home
Black Lives Matter
Do we really have the freedom to say anything?

Do we really have the freedom to say anything? 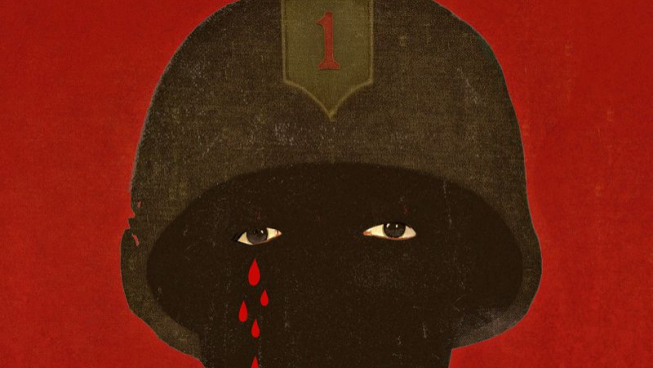 The release of the latest Spike Lee film on Netflix seems to be perfectly timed. Especially with all that is going on in the world in relationship to racism and the current drama on streaming services. Each of Lee’s films generally overlays a lesson in the African-American experience upon the latest genre the Academy Award-winner chooses to use. Da 5 Bloods is an action-adventure that tells the story of four Vietnam Veterans who travel back to the country to search for the remains of their fallen comrade. A journey that also includes a treasure hunt and catharsis for each man.

These men are fighting the demons of their past that follows them after returning back to the US. Their reunion in the country that haunts their nightmares is meant to serve as a catharsis and to gain potential riches. All outward appearances say they are there to retrieve the remains of Norman Earl “Stormin’ Norm” Holloway (Chadwick Boseman), the charismatic leader of their all African American troop during the war who died on the battlefield. The gruelling task awaits the band of men who suffer from various issues, such as the ravages of psychological trauma, the physical challenges of ageing and the mistreatment of a nation who failed to support them upon their return.

Each man has their own purpose in finding Holloway’s bones and their own designs for the buried gold. Paule (Delroy Lindo) was closest to Norman and had witnessed his death. His internal battle still rages all of these years and is exacerbated by the arrival of his son, David (Jonathan Majors). He surprises Paule by asking to join his father on their excursion across the jungle paths. The pair manage to get permission from Otis (Clarke Peters), Eddie (Norm Lewis) and Melvin (Isiah Whitlock Jr.) and the five men head off into the bush. What seems like a simple extraction and trek turns into a life-threatening journey when they come to realise they are not the only ones looking for the buried gold.

Spike Lee proves that he can manage to deliver a well-told story that contains key aspects of the African American narrative. By capitalising on actual footage of the era, he overlays the historical implications of the war and the impact it had on the men who were on the front line. It shows that the battles in Vietnam did not occur in a historical bubble, but how the social war in America impacted their thoughts and actions. He manages to weave together the actual past events with the fictitious battleground of the film.

Unlike The Irishman, Lee chose not to de-age his actors and had them portray their younger and older selves. This is initially visually jarring as they interact with the perpetually young Boseman, but eventually makes sense within the screenplay. This element adds to the explanation of the psychological torture that the men all endure. A torment that is depicted through extended monologues from key figures in the film. This style does provide Lee with the bully pulpit that he desires when it comes to sharing the pain of the African American race. Similar to Quentin Tarrentino, these two celebrated writer/directors have a difficult time knowing when to edit their works for the benefit of entertainment.

Thankfully Lee can express his message freely through the medium of film. He has come out denouncing the cancellation of movies throughout history, even when they do not depict things that he would support. The freedom of expression is something that should be celebrated and Da 5 Bloods is proof that artists can convey their thoughts and beliefs in film. Now it is up to audiences to decide if this is the film that they want to see, learning more about the lives of others around the world.

Do we really have freedom of speech?

With all of the discussion on our rights to express ourselves in public, is it our right in Australia? Not really, it should be understood that this is an American precedent. Through film and other entertainment choices, many may think that we share this with our North American counterparts. Most Australians might be surprised that we do not have a legal right to say whatever we want in public. There are assumed cultural understandings that may support this notion, but we do not have a Bill of Rights to claim the right for free speech.

Our American counterparts do express their celebration of freedom of speech regularly. The architect of these rights was Thomas Jefferson. He spoke of this right as being endowed to mankind by the Creator. Jefferson’s understanding of this liberty as being “inherent.” He wrote into the document that governments should allow the people of the nation to have those rights and to pursue their rights freely.

This merely begins to scratch the surface of this discussion. Do you know what freedoms you have in your country and under God? It is worth studying out in more detail.

Rather, speaking the truth in love, we are to grow up in every way into him who is the head, into Christ. Ephesian 4:15