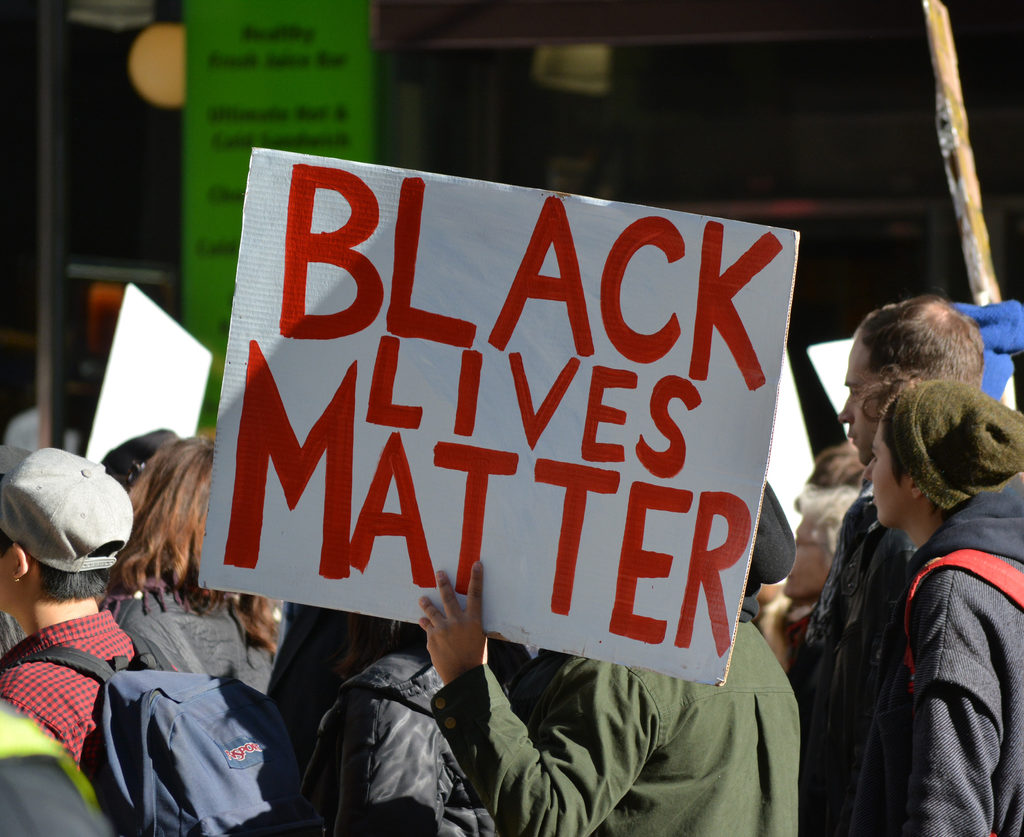 This opinion piece appeared on Gregory Jenkins’ blog. You can view the original post here.

There is an age-old divide among religious people about just what God—however understood—wants of humans.

For the better part of 3,000 years in the Jewish and Christian spiritual traditions, there have been those stressing the need for purity (often expressed through codes about sex and food) and those who focus on justice for the victims of structural evil.

Recently, Martyn Iles, the Managing Director of the Australian Christian Lobby has stoked the kind of controversy that appeals to their base and drives their fund-raising efforts with a claim that the Black Lives Matter movement is “anti-Christ”.

This is theological ‘dog-whistling’, and especially in the deliberate evoking of the biblical term ‘Antichrist’.

In the current context of global protests and persistent systemic discrimination against people of colour, this claim is highly partisan. It is also ‘tone-deaf’ to the cries of the oppressed which ascend to the God who has promised to hear them.

The intention to provoke (opponents) and alarm (supporters) was clear when—rather than apologise or retract those comments—Martyn Iles doubled down on them by producing a special podcast session with a 20-minute tirade again BLW as another example of radical secular Marxism seeking to destroy Christianity.

Despite his self-description as a “lover of law, theology and politics” (Facebook – About), Martyn Iles has no formal theology qualifications. His only listed qualifications are in the law. That lack of formal training in theology is evident in his public statements.

Iles espouses a fundamentalist form of Evangelical Christianity, with a fascination on apocalyptic eschatology. He has recently announced a new YouTube channel dealing with questions about the “End Times’.

The problem is not his naïve use of the complex texts which constitute the Bible, nor his total disconnect from critical religion scholarship. Both those things are typical of Australian Evangelicals. Rather, what concerns me most is the way that he ‘verbals’ Jesus by imposing his own concept of Christ onto the biblical texts.

The domesticated Jesus promoted by Martyn Iles does not engage in political action, so I presume he would neither support nor join the ACL.

His Jesus only cares about ‘saving souls’ and did not care about feeding the hungry, healing the sick, or letting the oppressed go free (fact check that claim against Luke 4:18–19).

Such a Jesus would not have bothered himself or his disciples with a campaign against a religious discrimination bill; or indeed opposed legislation for same-sex marriage. He just came to save souls.

This kind of Jesus crosses to the other side of the road when he encounters a victim lying wounded in the ditch. Nothing can be allowed to distract from saving souls.

He would not have protected a woman from death by stoning at the hands of a self-righteous religious mob. He would have invited the lady to accept Jesus into her heart but done nothing to address the immediate danger of killing by the authorities.

It seems that Martyn Iles frets over a secular Marxism that he sees in the DNA of every social movement, but is blissfully unperturbed by the multiple structural injustices which have promoted white prosperity at the expense of black lives, not to mention indigenous Australian lives.

That myopia must be convenient.

Secular Marxism is a special worry to Martyn Iles.

He recycles the nonsensical idea that a secret KGB operation created liberation theology (apparently an especially virulent form of secular Marxism) to subvert Catholicism in Latin America, while simultaneously infiltrating the World Council of Churches in Geneva.

Some people do love conspiracy theories.

It seems that Martyn Iles has no idea that liberation theology occurs spontaneously any time that an oppressed person reads Scripture (not just the Gospels) through the lens of their own experience.

They may be peasants in Latin America, blacks in South Africa or the USA, Palestinians languishing under decades of illegal military occupation by Israel or—an LGBTQI Christian in a Sydney Anglican congregation.

Such is the power of Scripture when the Spirit of God moves in the heart of a reader.

However, as already mentioned, the deeper problem with the analysis promoted by the ACL, is its self-serving blindness to systemic evil.

Possibly the ACL members need to spend some time reading the prophets of ancient Israel. They make up quite a large section of the Bible, actually. Anyone who reads these texts could hardly miss the prophetic denunciation of injustice, poverty and exploitation.

Never mind the prophets, even Deuteronomy is crystal clear about what is expected of those who might seek God’s blessing on them:

Justice, and only justice, you shall pursue, so that you may live and occupy the land that the LORD your God is giving you. (Deut. 16:20)

If it is too much to ask dedicated Christians who support ACL to read the biblical prophets, perhaps they could find the time to reflect on the earliest version of the Lord’s Prayer and notice the raw edges of poverty in that prayer before we spiritualised it:

Father, hallowed be your name.
Your kingdom come.
Give us each day our daily bread.
And forgive us our sins,
for we ourselves forgive everyone indebted to us.
And do not bring us to the time of trial. (Luke 11:2–4)

As a sequel, let me recommend Luke’s version of the Beatitudes:

If even these brief epitomes of the central message of Jesus are too much for the ACL supporters to absorb, perhaps it would suffice for them simply to take to heart the words of the prophet Micah:

He has told you, O mortal, what is good;
and what does the LORD require of you
but to do justice, and to love kindness,
and to walk humbly with your God? (Micah 6:8)