Home
Reviews
Read This
Do people tend to do the wrong thing?

Do people tend to do the wrong thing? 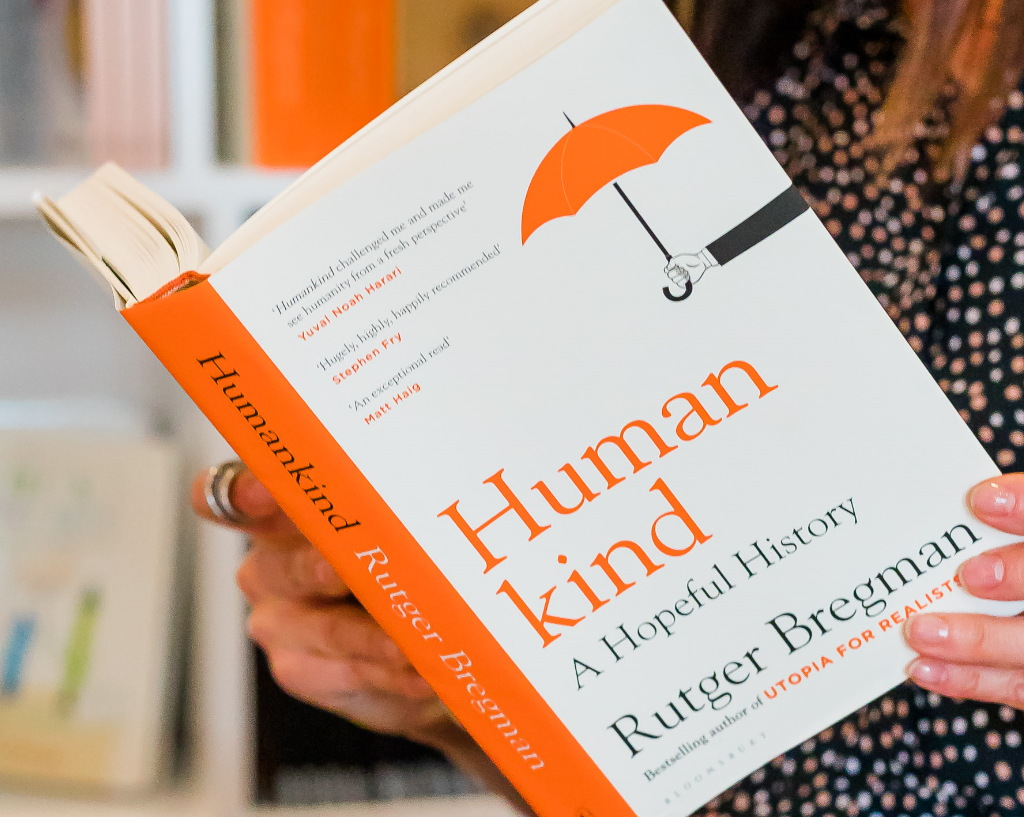 My son’s new bike was stolen recently, and there’s a temptation to bemoan the meanness of humankind, to resign ourselves to the fact that we must be on guard against people’s natural tendency to act selfishly, but of course the majority are not like this and view stealing bikes as reprehensible. The Christian churches, however, have traditionally taught that, at base, we have a tendency to do the wrong thing (although the churches spend much time mitigating that instinct), and have used the label sin for not simply actions that harm others, but a flawed nature. But Rutger Bregman argues that, to the contrary, people are mostly good, and Christianity gives the wrong impression.

So, he says, does the nightly news, and fiction such as Lord of the Flies. And philosophy from Augustine to Hobbes to the Enlightenment. (He’s out to convince that Rousseau rather than Hobbes had the correct view of human nature.) Politically, both Left and Right count on our inherent selfishness. Bregman comes to a different conclusion after some significant and fascinating research that overturns the idols of sociology – experiments and studies that supposedly prove that people easily revert to nastiness and indifference – and shows that these well-known examples are fixed or faulty, and that, instead, people are fair-minded, reluctant to hurt their fellows, quick to lend a hand. Along the way, amongst other things, he also pokes holes in Jared Diamond’s collapse theory of Easter Island (the problems were likely European diseases and rats, not a reversion to barbarism). As well as contributing to his argument, this is a reminder that even the most hallowed explanations can be re-scrutinised and reassessed.

A key (successful) trait of humans is our cooperation. Tragedy brings out the best in us. And rather than civilisation being a veneer over our barbarism, Bregman argues (against the likes of Steven Pinker) that, to a certain extent, civilisation, ironically, ruined us, promoting greed, inequality, competition and war. In contrast, he sings the praises of the lifestyles of our egalitarian, peaceful nomadic ancestors, a view which may be somewhat rose-tinted. Yet he also says (having it both ways) that currently in civilisation we’ve never had it so good, so civilisation is not all bad either.

He has some good advice: get to know people (there is overwhelming evidence that we treat people better when we know them better), scale-down management (who usually think people are bad and need managing), play more, watch less news, remember that the news and many books focus on exceptions not the norm, follow Jesus’ example and love your enemies, assume people have good intentions. He convincingly argues that thinking better of people makes for better people.

For all of that, he also comes to some odd conclusions. He states that we’ve abolished slavery, news perhaps to those enslaved by global prostitution trafficking. He takes Matthew 10.30’s suggestion that God knows every hair on our heads as proof that Christianity thinks of God as a spying, vengeful God, when anyone paying a bare minimum of attention would quickly understand that the Gospel refers to God’s care for all, even those deemed worthless by our society. He also confidently asserts that God is simply an invention by the elite to ensure the stability of a hierarchical society (an assertion undermined by the early church’ subversion of Rome, and multiple emancipation movements inspired by Christianity since).

In adding qualifying statements (such as acknowledging the Holocaust and the issues it raises for the view that we are mostly good) about the overwhelming preponderance of goodness he nears arguing that we are simply not all bad, a more banal statement that all but the most jaded would agree on. And Bregman seems to think that we don’t do good only when badly influenced, agreeing perhaps with Socrates that when we know what’s good, we do it. I suspect though that Bregman is often talking about simply not doing bad, not breaking the law. That we are naturally inclined to the good is hard to justify in the face of a toddler’s tantrum. And this line of reasoning would suggest that we have to try really hard to be bad, which seems counterintuitive. We talk about giving in to (bad) urges, which is a loosening of restriction, suggesting that our natural course is badness. Do we naturally incline toward more exercise? Giving as much as possible to charity?

Saint Paul wrote, frustrated, that although he knew what was good, he inclined toward the bad. The Greek philosophers aside from Socrates didn’t disagree. The French philosopher Albert Camus, a clear-eyed observer, wrote that life is tough because we are constantly challenged to choose the good; it’s anything but automatic. Paul encourages us to overcome, with God’s help, our inclination to the bad. Bregman’s assertion that the notion of original sin just excuses bad behaviour is clearly false. The implication would be that Christians accept evil as unavoidable and do little about it – an absurd notion. (Besides, as Eric Auerbach pointed out, the idea of original sin is not necessarily the assertion that we are rotten to the core, but rather that we are products of forces beyond our control.) A darker view of humankind can mean we know we have to work harder. In contrast, thinking everyone’s good at heart can create some complacency, though Bregman would disagree.

But Christianity is not relentlessly pessimistic, either. It is wary of our darker side but is profoundly hopeful in the face of evil; it teaches that despite our capability for harm, we can make astounding acts of self-sacrifice. It sees us as both saints and sinners. Certainly, Bregman’s attempt to shift the scales towards the good is a good thing, but to the question posed, ‘Are people fundamentally good or bad?’ we would have to answer, ‘Yes’. And the question itself might be as mis-formulated as ‘Are elephants fundamentally hungry or well-fed?’