Home
Reviews
Listen Up
A window into an old soul

A window into an old soul 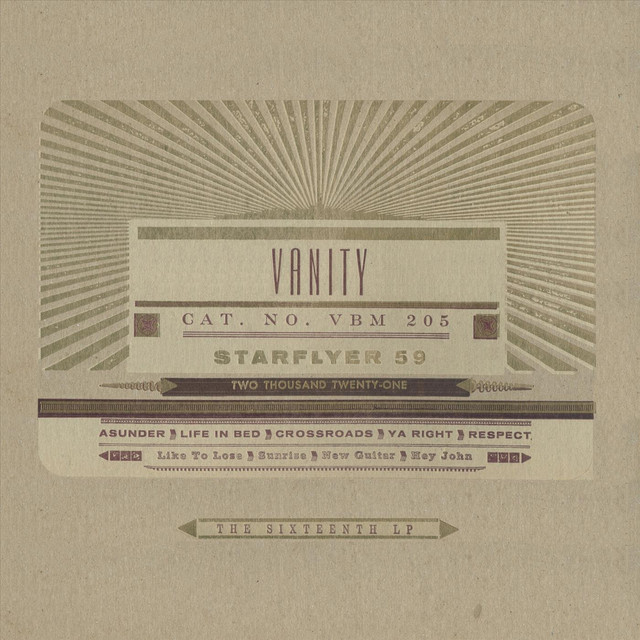 In the 1990s and 2000s Starflyer 59 – essentially guitarist Jason Martin with back-up – were one of the leading bands on alt-Christian music label Tooth & Nail. Tooth & Nail were a kind of West Coast counter to Nashville’s more saccharine and evangelism focussed CCM scene.

Martin was not exactly shy about his belief, but had a laid-back attitude, seeing himself as more musician than preacher. If much of CCM was the equivalent to a guy in a sandwich board on a street corner harassing passers-by about the end of the world, Martin was more like the unobtrusive guy up the back in church, whose quiet faith is expressed in care of family and neighbour. A typical song might be the deadpan ‘I Drive a Lot’ – Martin’s day-job is running a family trucking business. The faith was there, though, between the lines – ‘I Love You Like the Little Bird’ refers to Matthew 6.

Martin’s earliest albums had a shoegazer, wall-of-sound sound but by the end of the 90s the sound lightened, with clean guitars and liberal keyboards, if at a lazy pace, like a half-speed surf rock. Martin has released a truck-load of albums (including in other bands). He’s been off my radar for the last ten years, though the albums have kept coming. The sound hasn’t changed dramatically in that time, although there are variations between album styles, but neither has the quality diminished. On the latest album, Vanity, Martin sings laconically on ‘Crossroads’, ‘It seems like I haven’t changed at all’.

One of the few notable differences from recent albums is a softer, sparser sound. Where 2019’s Young in My Head’s harder tone was almost AC/DC in places, and 2016’s Slow was, ironically, more upbeat, Vanity doesn’t get beyond walking pace until after the fourth song. You wouldn’t put this on to get a party started.

‘Crossroads’ relies on keyboard chords rippling out, and features a languid sax solo. Instrumental opener ‘Asunder’ is a slow, solemn Tex-Mex number, drowsing under its sombrero. ‘New Guitar’ is unusually go-go snappy, but it manages to convey the emptiness of coveting material things. When Martin sings, ‘It’s what I always wanted’, he doesn’t sound that enthusiastic.

‘Life in Bed’ could be mistaken for a slacker anthem, except that, considering Martin is a truck driver in his forties, it might be delivered tongue-in-cheek. Maybe it’s also a response to earlier song (from the album I Am the Portuguese Blues), ‘Wake Up Early’. ‘Like to Lose’ is similarly ironically slacker, but it is also reflective of Martin’s humble attitude. The album title might reflect the fact that Martin’s music is a vanity project, but it might also be a dig at the vanity of rock stars, which Martin both is and isn’t. He has never been much of a spruiker or showman.

‘Hey John’ is the latest of half a dozen songs about his late father, from whom Martin inherited the family business. Perhaps those of us who are no longer youthful can relate to the pressures Martin expresses in ‘Sunrise’, where he struggles to be positive, aiming to start the day viewing life as a blessing. His weary-sounding voice echoes the fact that he has said he always felt old – perhaps the album title Young in My Head was ironic too. Then again, there’s that thing about music keeping you youthful.