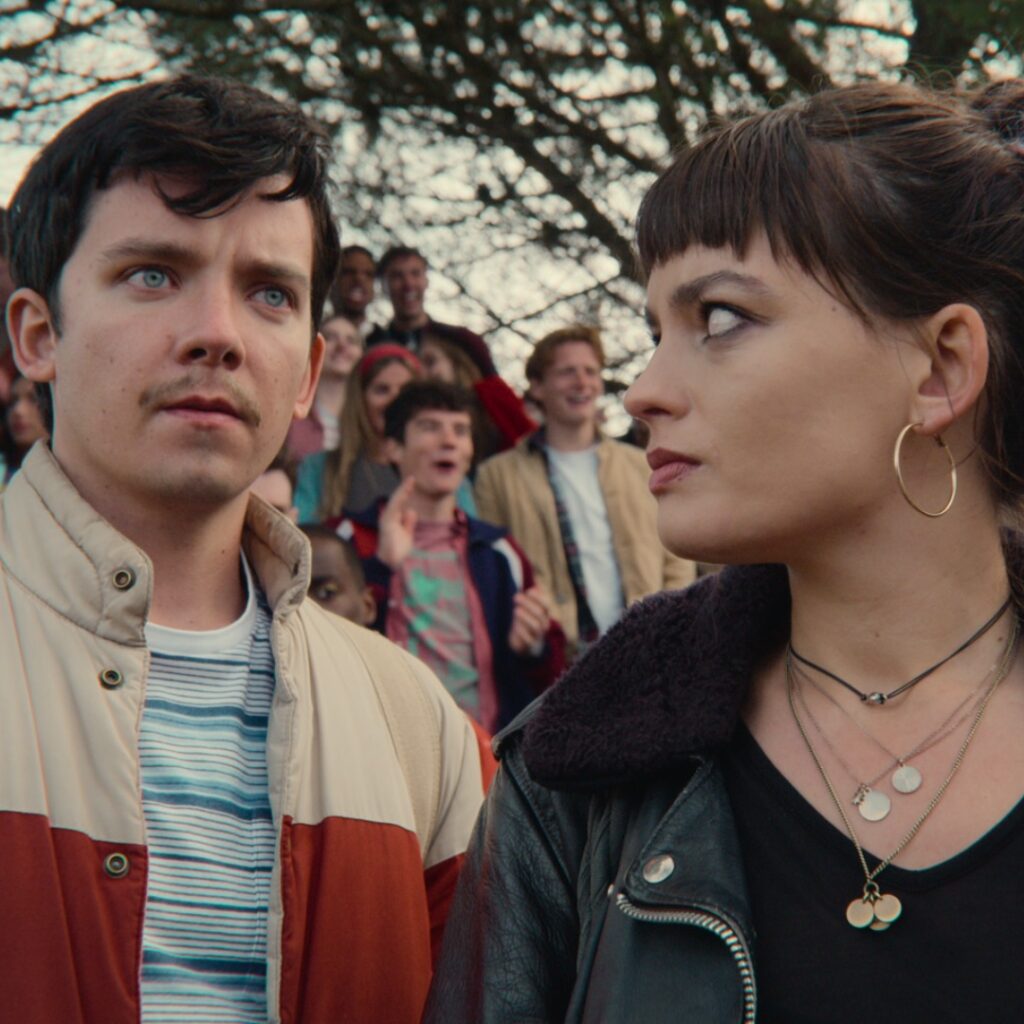 Sex Education’s third season manages, against all odds, to eclipse the past seasons’ efforts.

The show continues to go beneath the surface, exploring how there is more to sexuality. The show explores themes involving disability, bullying, diverse identities, and integrity.

After scandal rocked Moordale Secondary School in Season Two, Sex Education sees Otis having abandoned his prior role as a sex therapist for his peers. After the end of season two, Otis has also ended his friendship with Mauve.

For her part, Mauve’s third season arc sees her maintaining her visiting her younger sister, who has just been placed in foster care. Her other major storyline involves her deepening her relationship with Isaac, a fellow resident of the caravan park she lives in, who lives with a disability. Isaac’s storyline was partially written by George Robinson, the actor who portrays him, and stands out as genuine representation.

A new principal installed to address the school’s declining reputation. At first, new principal Hope Haddon seems to be a move in the right direction, but she quickly shows a bullying streak that calls her trustworthiness into question. In order to turn things around, she embraces outmoded forms of sex education, including abstinence-only instruction, and discriminates against non-binary students. Girls alumnus Jemima Kirke plays the role well, managing to create a character that is variously threatening and oddly sympathetic when she is under threat by the school’s hierarchy.

Meanwhile, the ousted school principal, Michael Groff, struggles with the loss of his job and marriage. Groff’s arc is a surprising highlight, as he struggles with his masculinity and understanding of who he is. For a character that could have easily been kept in the background, he adds a good deal of depth to season three.

Another subplot sees Eric Effiong take a family trip to Nigeria, where his sexuality means he is at risk of running afoul of the law. These episodes manage to avoid stereotype, however, and continue to present Eric’s Christian family in a complex way. Far from being alienated from them, Eric finds his family to be source of energy and acceptance, but struggles with whom he can confide.

Season three also has a relatively rare storyline, as Otis’ mother, and sex therapist Jean Milburn undergoes pregnancy in her late 40s. The storyline explores some of the ways that women are spoken to, and the broad sexism that can exist in medicine. Gillian Anderson continues to show her ability to morph into any character that she plays.

As the above outline of the various subplots shows, season three of Sex Education manages to avoid stereotypes, and at points, reverses a number of the typical tropes that can be found in teen comedies. The writing continues to put it on a higher level than many of Netflix’s other original shows.

Insights recommends season three, however this comes with the usual set of caveats. Anyone offended by prior seasons’ content won’t be convinced by Season Three. At points, the show’s jokes manage to eclipse the prior seasons’ efforts in the level of sheer crudity. If jokes about sex are something that offends, Netflix has plenty of content that would better suit.

For anyone who had previously enjoyed the show, however, or who would like a raunchy comedy with substance beneath the cheap jokes, Sex Education’s third season is well worth bingeing.