Home
Features
Lectionary Reflections
You will receive power to be my witnesses – Acts 1: 1-11/John 17: 6-19 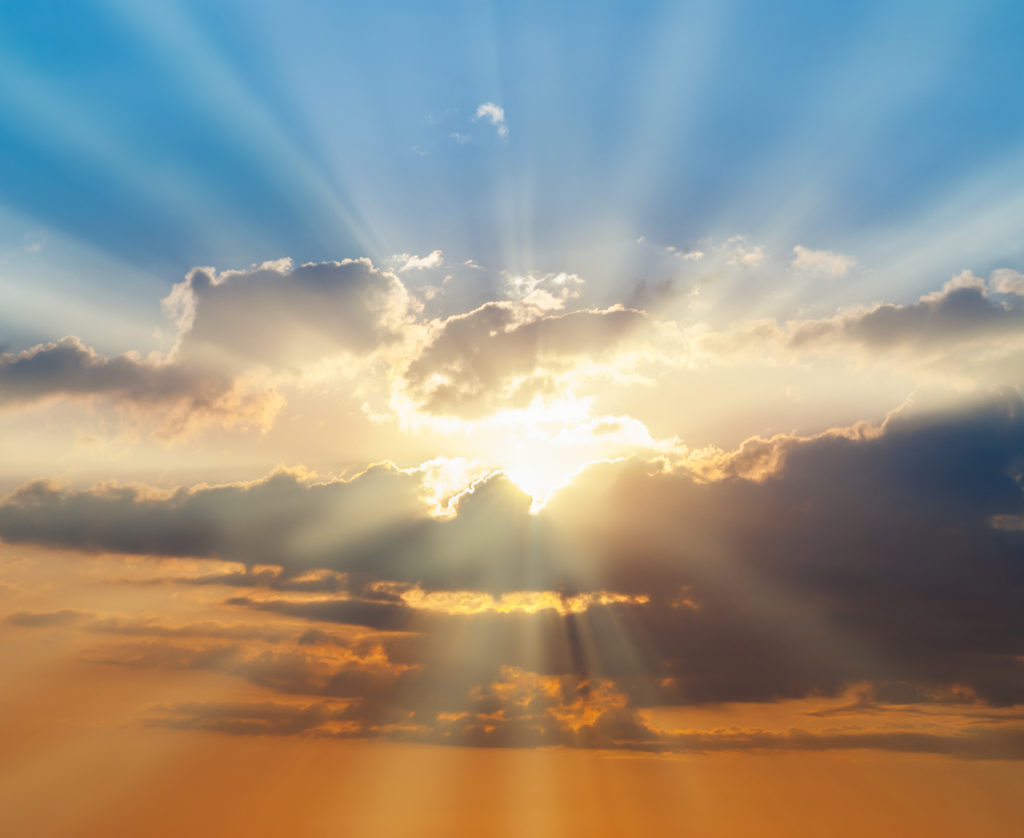 There is something deeply intimate and moving, but also something very familiar about the scene in the Acts 1 reading. It’s the familiarity of farewell.

Jesus knows his time has come. He knows that he won’t be around for much longer. Soon his disciples will be all on their own. Without him they will be in a world that will be both tempting and hostile at the same time.

In John 17 he prays the beautiful high-priestly prayer; asking God to protect them in the world and to sanctify them in truth. Knowing the disciples’ history up until this point in the story, anyone would have had serious doubts regarding their ability to cope on their own. So far in the story, there is absolutely nothing to suggest that there is any leadership potential among them. There is nothing to suggest there is any kind of courage, special insight, extraordinary giftedness, strength of character or anything that might make them suitable to become the spokespersons or representatives of Jesus’ mission.

In fact, judging by their questions moments before Jesus’ ascension, you’d have to wonder whether they even understood what Jesus came to do in the first place. Any distant observer could rightly have thought that this story will end here: the last of the spectacular events will happen when Jesus is lifted up into heaven, out of sight and out of their lives and out of the world forever.

And yet it doesn’t end here. The witness of these hapless first followers started a story, or perhaps better put, continued a story, the end of which they would have been utterly unable to imagine.

How did this happen? What is it that we’ve missed?

“But you will receive power when the Holy Spirit has come upon you; and you will be my witnesses in Jerusalem, in all Judea and Samaria, and to the ends of the earth.”

The power to change speechless people into witnesses

“You will receive power to be my witnesses.” Based on the story so far, this will have to be an extraordinary power. The power to change speechless people into witnesses, fearful followers into trailblazers and homebodies into global travellers.

Don’t you find it interesting that the Gospels never says anything about any remarkable talents or gifts that any of the disciples had? Sure, some of them were better educated than others. Not all of them came from a working-class background. In many ways they resemble most Christian congregations today.

It is said that the total of the so-called resurrection community – that is the total number of followers of Jesus after his resurrection, which included family members and children – was no more than 120 people. In other words, not much more than the average Uniting Church congregation.

So inevitably, the questions would come: Lord, what can we do? We have absolutely no training for what you expect of us, we are completely inexperienced?

You will receive power….

Lord, half of our members are only children…You will receive power…

Lord, half of our members are old, retired and tired…You will receive power…

Lord, you don’t understand; we live in a secular society, it is not particularly trendy to speak about religion at all…You will receive power…

Lord, I have had problems with my health…You will receive power…

And if you look back at what they achieved, it fills you with fear and awe.

So perhaps we should listen again to Annie Dillard as she asks:

“Does anyone have the foggiest idea what sort of power we so blithely invoke? Or, as I suspect, does no one believe a word of it? The churches are children playing on the floor with their chemistry sets, mixing up a batch of TNT to kill a Sunday morning. It is madness to wear ladies’ straw hats and velvet hats to church; we should all be wearing crash helmets. Ushers should issue life preservers and signal flares; they should lash us to our pews. For the sleeping god may wake someday and take offense, or the waking god may draw us out to where we can never return.” (“Teaching a Stone to talk”)

The future of church

We live in a time where we have become witnesses of the decline of the church, witnesses to the ever-growing hopelessness and powerlessness. And we despair because somehow we think that the future of the church is determined by the amount of hope we have for her survival. We forget that ever since the first centuries God has used nothing else but our helplessness, our powerlessness, our despair to build the church.

One of the most beautiful things Tomáš Halík – the Catholic priest living in hiding through the communist era in the former Czecho-Slovakia – said exactly of his despair of the church was this: “Whenever I see a church in decline somewhere – in whatever sense – I do not despair….I don’t shrink from the holes left in the church roof by some tempest or other. I recall that it was through those gaping holes that I first glimpsed God’s face.”

And that’s of course the mistake we make when we look with despair at the church. No matter how much or how little faith we have, no matter how rational or irrational we are: we see this inscrutable power always as some form of human achievement.

The body and the blood of the living Christ

Richard Lischer, former professor of preaching at Duke Divinity School, tells the story of a priest from North Carolina in the US who was called to go and set up a church in a small Southern town with a mostly Hispanic population.  Where do you start when there’s no infrastructure, no money, no presbytery or synod? Where would we have started? Do we do a survey of the religious or community needs? Get an NCLS profile of the area? Arrange a few workshops and consultations with the community?

Some recognized the man as a priest and crossed themselves. And others recognized more than that: they recognized also the resurrected, the living Christ – there among them.

A reporter later said: they stood respectfully towards the rear of the Laundromat, as if standing on holy ground.

Jesus had to leave to make room for us.  As Augustine put it, “You ascended from before our eyes, and we turned back grieving, only to find you in our hearts.”

Ever since his ascension, Jesus Christ still lives in an earthly body: the church. We – together, all of us – are the words that Jesus still speaks, we are the way he walks, we are his hands that still embrace.

Philip Yancey is right when he says: “The church is where God lives. What Jesus brought to a few—healing, grace, the good-news message of God’s love—the church can now bring to all.”

The disciples had no idea; just as we seem to have no idea.

“Who shall ascend into the hill of the Lord? or who shall stand in his holy place? There is no one but us. There is no one to send, nor a clean hand, nor a pure heart on the face of the earth, nor in the earth, but only us, a generation comforting ourselves with the notion that we have come at an awkward time, that our innocent fathers are all dead – as if innocence had ever been – and our children busy and troubled, and we ourselves unfit, not yet ready, having each of us chosen wrongly, made a false start, failed, yielded to impulse and the tangled comfort of pleasures, and grown exhausted, unable to seek the thread, weak, and involved. But there is no one but us. There never has been.” (“Holy the Firm”)