The voice for climate action 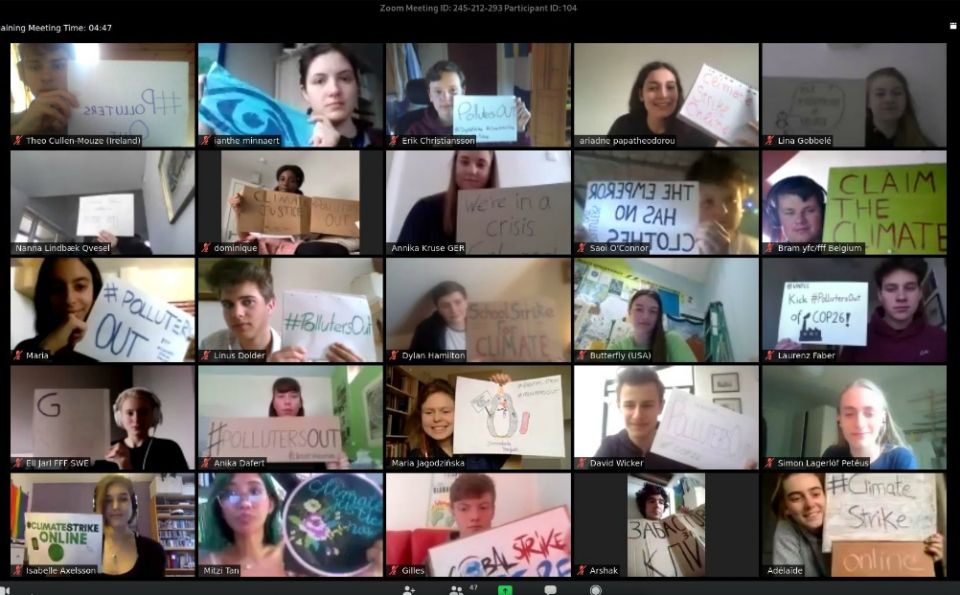 Young people have become a strong voice for action on climate change. From one 15-year-old girl protesting in Sweden, to worldwide mobilisation, the School Strike 4 Climate young people have raised their voices in a powerful and compelling movement. This has led them to be dubbed what Sarah Jaquette Ray calls the “Climate Generation”.

Our own young leaders have also shown the way in the NSW/ACT Uniting Church, with school students, young adults and Pacific Islanders raising their voices for climate action at the July 2019 Synod Meeting, leading to our Synod Climate Action Strategy resolution, and the establishment of our five climate action Task Groups. Children as young as six also contributed their wisdom in the reflections for our May 10 climate themed worship resources.

So it was only appropriate that Friday’s #BuildABetterFuture livestream event was kicked off musically with a rendition of John Farnham’s ‘You’re the Voice’. The rousing ballad was a musical metaphor for these young people’s achievement in bringing together a jam-packed 4 hour program of music, talks and panel discussions. They also launched  a new documentary mini-series about the students and their experiences organising their last three major events (check it out here.)

To let young people know that we are behind and alongside them in their climate advocacy, Uniting Earth asked Uniting Church community members to create a short video about why they support a safe climate future.

Over 40 people, from a wide cross section of our church declared their support by making and sharing a video. The videos speak of the strength of our faith to inspire action, our care for creation and love of neighbour, family and friends as our motives for caring about climate change. You can watch them for yourself here.

As well as the videos many Uniting Church congregations used the climate-themed worship resources, prepared by Uniting Earth and Rev Danielle Hemsworth-Smith on the Sunday (10 May) before the climate action.  Many hundreds of people also joined in the multi-faith service hosted by the Australian Religious Response to Climate Change and/or the ecumenical service organised by Common Grace on the day itself. Both services had strong Uniting Church involvement, including by our Assembly President, Dr Deidre Palmer.

As the Synod Climate Action Strategy continues Uniting Earth has put together some helpful resources that outline the theology and science behind the strategy as well as some ways members of the wider Uniting Church community can get involved. You can find the resources on the Uniting Earth website here.

PrevPreviousGood things on the rise
NextYou will receive power to be my witnesses – Acts 1: 1-11/John 17: 6-19Next