Working for God, no matter what 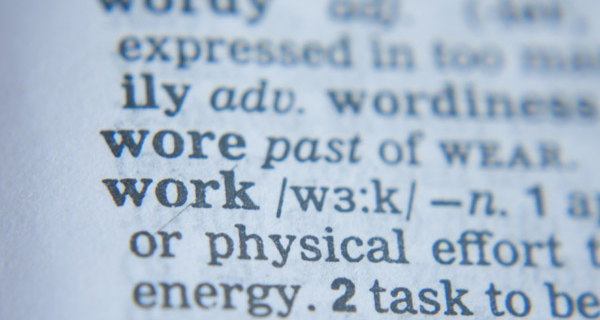 When I was a young Christian, I wrestled with the decision about what I was going to do with my life. I’d chosen to study economics at university, but because I could explain the Bible reasonably well and was good at public speaking there were many voices urging me to go into full-time ministry.

It was tempting. I really did love preaching and leading Bible studies.

Among the many influences I had on the path I did pursue was a conversation with a church leader during my first year at university.

I was struggling with motivation for my studies and couldn’t see the point of putting in a big effort in economics if I was going to end up going to Bible College to become a minister.

At that point I hadn’t enrolled or actually made a decision to become a minister, but the idea kept hanging there and it seemed inevitable that’s what I’d do.

However, my mentor was very wise. He didn’t try to predict the future for me, but instead said, “I don’t know whether God has church ministry in mind for you. But I do know that right now you are an economics student and that God wants you to be the best economics student you can be.”

That conversation was a turning point. From then on I knuckled down in my studies and eventually made it to Honours in my fourth year. The combination of a growing interest in the subject matter plus the stimulation of studying with a small group of high-calibre students – several of whom were Christians – set me on the path that I have continued to follow.

Eventually, I also came to see that I actually was in ministry.

Not local Congregation, preaching and teaching ministry, but activities that are very much at the heart of God’s work in the world.

I don’t just mean living as a Christian in the workplace, though I’ve done that (including running fellowship meetings at work).

No, in the four decades since uni, I’ve worked in a key policy department of the public service; as an economist for a couple of international banking groups; as part of the team that built a significant funds management business from the ground up; and, for that same business, as the head of an investment team
in its mature phase.

All of those activities are among the sort of things that Martin Luther had in mind in his comments on Psalm 147:12-14. “Extol the Lord, Jerusalem … for he strengthens the bars of your gates and blesses your people within you; He grants peace to your borders and satisfies you with the finest of wheat.”

Luther argued that God brings peace and prosperity to a city by supplying it with good administrators, business people, farmers, transport workers and all others who faithfully and diligently go about their work for the good of others.

Elsewhere in Psalm 147, the place of spiritual workers is given value, for God’s work is to heal the broken-hearted and lift up the humble, while the benefits His people get from knowing His word points to the significance of teachers and prophets.

But no one is higher or better than the others in the kingdom of God. All have their place.

Therefore, although I’m now working for the Uniting Church, I haven’t suddenly started doing the “Christian work” I hankered for back at university. I’ve been doing that all along.

May God bless us all in our daily endeavours, so that we may use our abilities for the good of others.