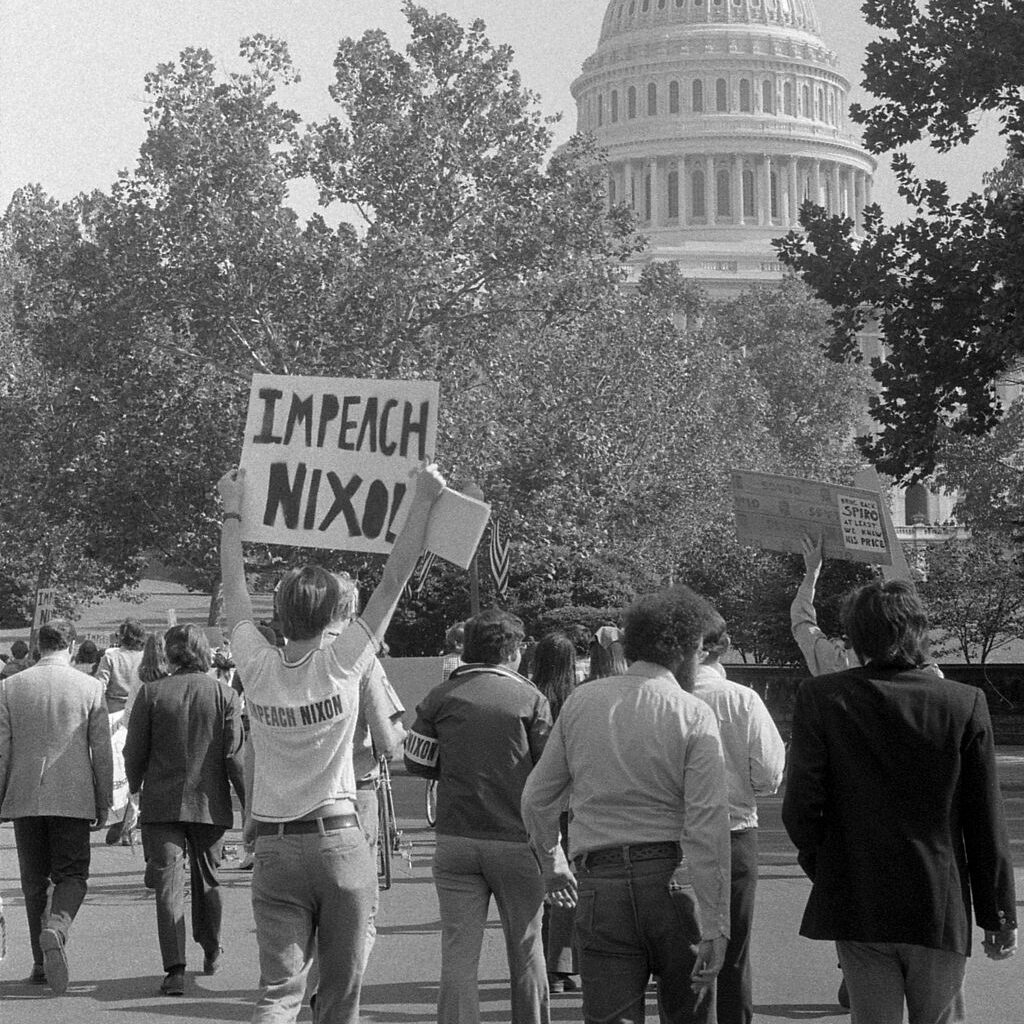 In 1972, Richard Nixon’s re-election campaign slogan was ‘Now, more than ever’, implying that Nixon’s experience and wisdom were vital for the US in a time of upheaval. In hindsight, we might now apply the slogan to what we know of his ‘dirty tricks’. His ascent to the presidency only meant an escalation in the morally dubious and outright illegal tactics for victory. Tricky Dick? Now, more than ever.

The Watergate story – the Nixon White House’s approval of a burglary at the Democratic headquarters in the Watergate office complex in Washington, and a subsequent cover-up by the president himself – is possibly the political moral tale of the twentieth century, a real-life Shakespearean drama, and remains fascinating – now, more than ever. (I admit to being something of a Watergate obsessive.) Especially since new information on the scandal has come to light in recent years. And on the 50-year anniversary of the break-in, Garrett Graff utilises this new information in his new, comprehensive history. Yet we remain somewhat in the dark as to why the Watergate complex was burgled – more than once.

We do know that Nixon’s 1972 re-election campaign only escalated the irregularities and illegalities that Nixon had used throughout his career. We know, confirmed only recently, that he was guilty of treason for attempting to sabotage the Vietnam peace talks being conducted by Lyndon Johnson, in order to diminish the chances of Johnson’s vice-president, Hubert Humphrey, and to further Nixon’s chances in the ’68 campaign. Then there were the Pentagon Papers break-in, wiretapping, illegal bombing of Cambodia, and a ‘little bit’ of tax fraud. (Graff reminds us that Nixon’s famous line ‘I am not a crook’ relates to his finances, not anything to do with the Watergate break-in and cover-up.)

It’s easy to forget the political supervillain’s popularity in the early ‘70s. He won the ’72 election by a landslide. On paper, as Graff says, Nixon’s should have been one of the ‘most consequential’ presidencies: progress on OHS, social security, environment, equal opportunity, international relations. The Democrats were floundering in June ’72 and Nixon was riding high, so the burglary’s timing was ‘odd’. It could be that by then Nixon and the White House were consumed by paranoia. But it could also be that Nixon was genuinely worried about something getting out.

There are allegations – which Graff steers clear of, but which Lamar Waldron lays out in his book Watergate: The Hidden History – that Nixon, when he was Eisenhower’s vice-president, had something to do with plots to assassinate Fidel Castro, which led to the Bay of Pigs debacle, and was involved with the mafia (Waldron’s not the only one to allege this last part). Waldron concludes Nixon wanted information from the Democrat headquarters regarding what they knew about Nixon’s ties to the Bay of Pigs. Graff can’t decide what the burglars were after, although Nixon’s right-hand man, Bob Haldeman, was certain Nixon wanted to know what dirt the Democrats had on Nixon.

How much Nixon knew about the burglary beforehand, and subsequently, remains unclear, despite the famous tapes. There is little evidence that Nixon directed the break-in, but he certainly strongly advocated criminal activity. (It remains contentious how much of this was just letting off steam.) And there is evidence his aides shielded him from the details of criminal activity. Nixon was furious over the burglary, and called it ‘stupid’ in his memoirs, but, asks Graff, is that because he didn’t know, or because of the potential for his secrets getting out once the burglary was bungled and discovered?

There are questions over the connections between the burglars and the CIA and Cuba. It is not certain that the burglars were all on the same page. Graff offers the possibility that the burglary was deliberately sabotaged by the CIA. (But then, what for?) Then there is the famous gap on the tapes – erased to hide what damning information? And by whom? There is the question of why Nixon didn’t destroy the tapes. It is not even clear who ultimately authorised the Watergate burglary (and other burglaries). Graff’s book is being hailed as a definitive history, but despite being admirably comprehensive and informative, there can be no definitive history, because it is unlikely the full story can be known – not now or ever.

PrevPreviousOur Synod’s action on climate: What have we done and what have we learned?
NextChurch camps change livesNext