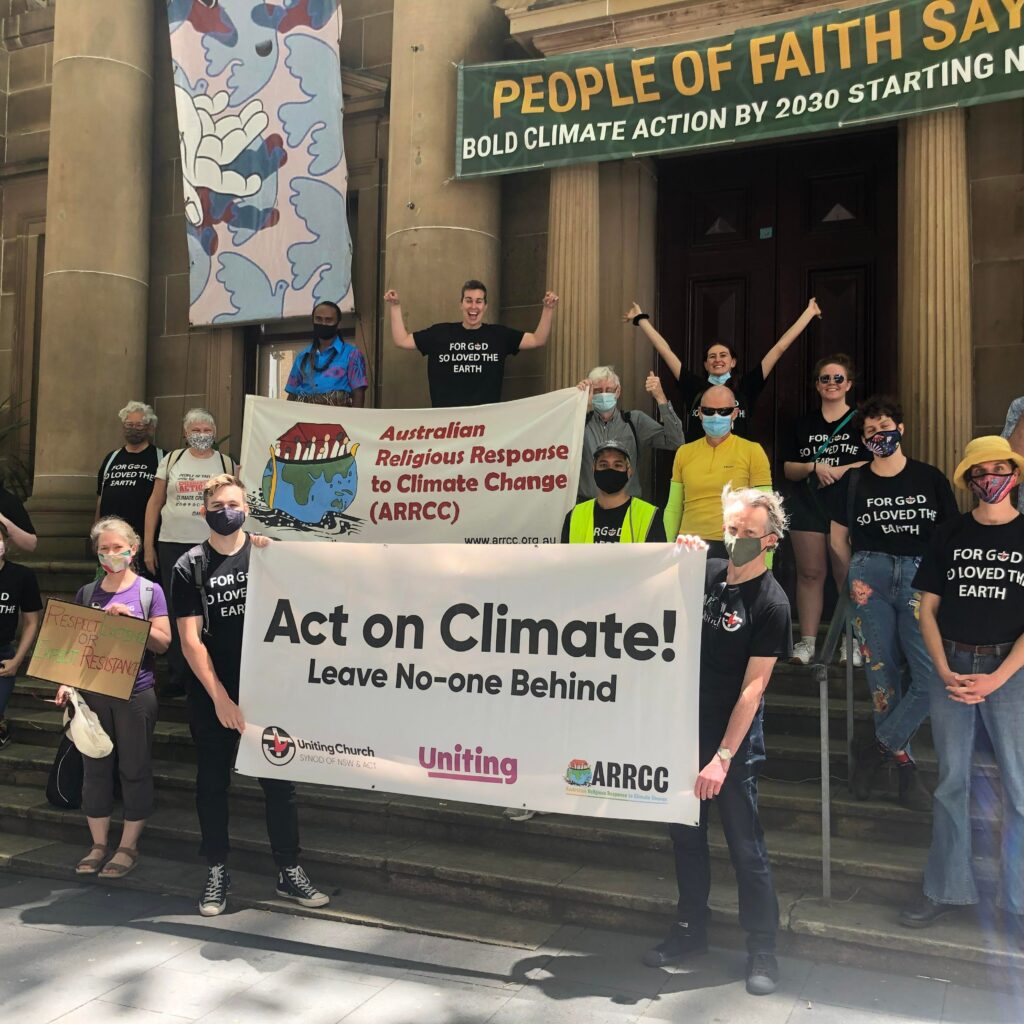 On Saturday 6 November, as world leaders met in Glasgow to discuss the state of the climate at the COP26 conference, protests erupted across the globe in response to their seemingly inadequate actions. In Sydney, a coalition of student groups, climate advocates, and political organisations joined in on the Global Day of Action on Climate to demand that “leaders act decisively on climate to prevent catastrophic global warming.”

Frustrated by the Australian government’s target of reaching net zero emissions by 2050, protestors demanded that 100 percent of the nation’s power should be fuelled by “publicly owned renewable energy” by 2030; that a just transition must include “funding for climate jobs, retraining, public services, and liveable welfare”; and that it is essential this concrete climate action be in solidarity with First Nations people, with “Indigenous-led land management, jobs on country”, and an end to harmful environmental practices on Aboriginal land.

Christian Students Uniting led a contingent of students and other members of the Uniting Church to this protest. Steff Fenton, UCA chaplain at the University of NSW, told Insights, “There was such an amazing and diverse bunch of speakers and groups who showed up to support the rally.”

“From students to politicians to unions, with First Nations and Pacific Islands communities at the forefront. It was a particular honour to be welcomed onto Country by Aunty Rhonda Dixon. We were invited to listen, hear, and speak Country as an integral part of caring for climate and creation in Australia,” they said.

Members of the Uniting Church who attended the rally wore protest shirts that read “For God so loved the Earth,” and sported banners urging the government to “Act on Climate! Leave No-one Behind.”

They recounted, “On Saturday, there were people marching as workers, as students, as Custodians of country – people from all across society. If we’re going to fulfil the church’s mission of joining with our human family for the common good, we have to be there as well.”

Hannah Roux of Christian Students Uniting told Insights, “It was meaningful to me that the church showed up on two levels, I think. First, as a witness to the wider community that religion isn’t solely a private enterprise but is (or should be) a force for action — something that really changes your politics and your life, in public and in private.”

“And second, as a witness within the church to the same thing — that faith isn’t or shouldn’t be… a flight from reality but should produce engagement with the world,” she said.

Orange Uniting Church also organised an action of their own, planting trees in solidarity with the Uniting Climate Action Network. Organiser Beverley Rankin told Insights, “A small crowd of about thirty people from Orange Uniting Church, supported by Environmentally Concerned Citizens of Orange, marked [the] COP26 Global Day of Action for Climate Change by planting a shade tree.”

The gathering also featured chalk art, posters, and banners calling for climate action, and attendees signed letters to the local Member for Calare, Andrew Gee, and to the Prime Minister. These letters insisted that the government take affirmative action on climate change, in line with protestors’ demands around the globe. They were delivered to Andrew Gee in person at the National Prayer Breakfast on Monday 8 November, which was hosted by Orange Uniting Church.

Beverley Rankin said of the action, “As a church we believe that we have been given the responsibility to care for the earth, and to love those neighbours who will be most impacted by climate change. Many of the Pacific Islands and… nations like India are carrying a larger burden of the impact of climate change. As people with an affluent lifestyle in Australia we need to be leading the way, not lagging behind.”

Passion for climate action in the Uniting Church spans cities and regions, young and old. Justice for our planet is central to our faith, and a truly universal issue that impacts all people. Let us hope that harnessing our collective voices has real political consequences.