Home
Reviews
Read This
The truth is out there

The truth is out there 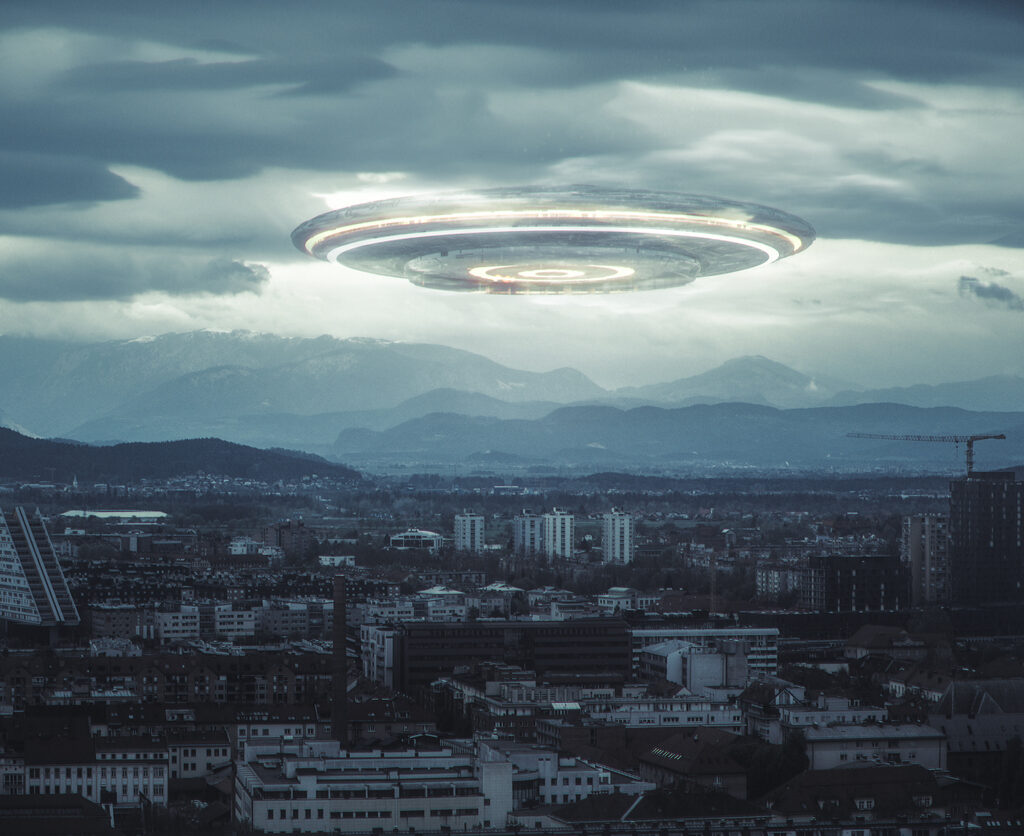 Is anyone up there? I’m talking about intelligent alien life that visits our planet periodically, generating UFO sightings. There’s certainly something going on. Just recently the US military, after decades of denial, has confirmed there are things in the skies they can’t explain. This was prompted by the New York Times releasing military videos of unknown aerial craft, filmed at various times and monitored by numerous pilots and radar operators, that seem intelligently controlled and seem to defy the laws of physics. The New York Times also revealed the existence of a Pentagon taskforce that has been investigating such phenomena.

60 Minutes journalist Ross Coulthart says the military prefers the term unidentified aerial phenomena (UAP) over UFO because the latter has associations with extraterrestrials, and the strange objects are not necessarily alien craft. Then again, the capabilities these craft seemingly display are way beyond the current technologies of any nations here on Earth. Coulthart spent a year talking to witnesses and government types, trying to get his head around all this, especially the fact that the US government has now confirmed it’s in the dark.

There have been reports of UAPs around the world for years. Australian Indigenous people reported lights in the skies behaving weirdly before European settlement. In World War II pilots on both sides saw objects the allies dubbed ‘foo fighters’ tailing their planes. There have been mass sightings in New Zealand, and a panicked pilot over Bass Strait radioing that he was shadowed by a huge object before he was lost without trace. In the 60s, in Melbourne, a whole school class and teacher saw a hovering, silver craft in broad daylight, only to be told they dreamt it up. There are stories (and photos) of repeated, surgically precise mutilations of cattle in Queensland, and even Apollo astronauts who say they saw odd lights around the moon but feared to report it at the time.

UFO conspiracy theories really kick off with Roswell because of the rumours of crashed alien craft and the recovery of alien technologies. Coulthart talks to many insiders – in cloak and dagger style, with variations on the standard line, ‘I can’t tell you all I know, but…’ Some claim the US has been trying to reverse-engineer recovered alien technology for decades, though one insider Couthart talked to said the military had simply been trialling mind-boggling technologies but had given up as they were also mind-bogglingly expensive. No wonder it’s so secretive – either the US military is trying to come up with game-changing technologies before the Russians and the Chinese, or, even weirder, they have evidence that aliens have visited the planet and the military has no idea what to do about it.

There have been patent applications filed in the US for technology exploiting quantum physics, supposedly allowing antigravity propulsion and G-force and friction nullifying electromagnetic shields, backed by the military who astonishingly told the patent office the technology was ‘operational’. We’ll see, says Coulthart. Things get really weird when he is told UAPs mimic human-made craft such as helicopters, and natural phenomena such as meteors, in order to go undetected. This ‘we can’t see them because they are in disguise’ theory is in the realm of the conspiracy theorist’s trump card: ‘well, they would deny it if they were covering it up, wouldn’t they?’ And then there’s punk rock star Tom DeLonge who has claimed to be collaborating on alien technologies with the military. (He’s also got lots of alien-themed merch for sale.) DeLonge quit his band to chase UFOs and believes, amongst other things, that aliens were present at the birth of Jesus. But Coulthart also finds evidence DeLonge really has met with US top brass. Were they indulging him or are they really collaborating? DeLonge effectively says, ‘I can’t tell you all I know, but…’

Coulthart is fond of using statements such as ‘Surely this is science fiction. Or is it?’ But he doesn’t swallow everything, and he confesses to initial skepticism. For the sake of a good story, he inflates balloons only to deflate them again, but he’s also sifting through the evidence (some of which is startling) and the nonsense (which is abundant) to try and get at the truth. Needless-to-say, while the truth may be out there, it’s not exactly easy to pin down.

It’s hard to know what to make of all this. Clearly, not everyone is making this stuff up. Coulthart says we can no longer dismiss so much evidence just because it points to something counterintuitive, shocking or with profound implications. And reports from numerous highly trained military personnel are a long way from the claims of a lone witness in the desert in the middle of the night. Yet even the US military have few answers. A much-anticipated Pentagon report released in June this year noted that investigations were, perhaps unsurprisingly, ‘inconclusive..’