Home
Reviews
Read This
The tainted psychology of wilderness

The tainted psychology of wilderness 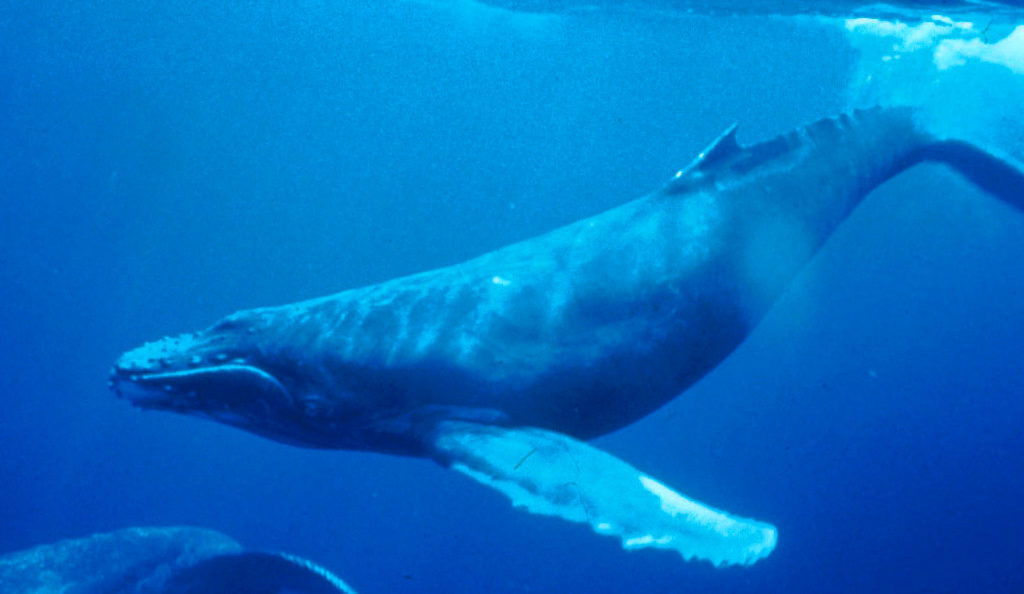 Review: Fathoms: The World in the Whale, Rebecca Giggs, Scribe.

A fathom is a unit of measurement, particularly of the ocean, but the word can, of course, also mean ‘understand’, and Rebecca Giggs attempts an understanding of the world of whales, why we are fascinated with whales and what we are doing to their world (the prognosis is not good).

Giggs has written journalism pieces but in this, her first book, she enjoys the book-length freedom of letting sentences unfurl, accrete and then unravel, of luxuriating in language and imagination, of sounding the depths of philosophy and ethics, inspired by the boundlessness of the oceans. Except that the ocean is not boundless, and not unaffected by human beings. A whale watching trip gets her thinking, or perhaps recalling the trip gets her thinking, about the unconscious as ocean, and she wonders about how we will deal psychologically with the fact that the oceans are no longer a vast, dangerous mystery, but, rather, a rubbish dump.

Like Annie Dillard, her poetic exploring is matched by a (mostly) unflinching inquisition of the natural world, whether that be intestinal worms of whales, or plastic contamination of the oceans and its inhabitants, including broad gyres of plastic rubbish that, one assumes, are not being cleaned up because they are in international waters, and a whole plastic greenhouse in a sperm whale’s stomach. Plastics also break down into smaller and smaller pieces – microplastics – and these get into the ocean’s food chains. Bigger animals such as whales concentrate toxins (and there is growing evidence they are being passed on to humans). And there are thousands of tonnes of microplastics in the ocean, spread by the currents. Giggs’ blunt assessment is that food grown out of season and transported around the world in plastic means the death of sea life.

Things haven’t been going well for whales for quite some time. As soon as humans had weapons sophisticated enough, we went after whales. Giggs writes about nineteenth century whaling and suggests that back then whales were what petroleum products are today – used for fuel and all manner of household products. The supply was seen as almost endless, like forests or oil, and in the 1800s there could be up to 700 American whaling ships on oceans at any one time. While we might think of whaling as a nineteenth century pursuit, whaling continued into the twentieth century – ramped up, even, into the ‘50s and ‘60s when whale products were even used on early spacecraft. We can be happy about the turnaround in global attitudes in the 1970s (a 70s record of humpback whale songs remains one of the biggest selling albums of all time), and a healthy rise in whale numbers, but whales still suffer. The replacement of whale oil with fossil fuel oil still kills whales.

And pollution takes many forms, not just plastics. Container ships use particularly polluting fuel, and they also contribute to noise pollution. The whale’s world is largely one of sound, communicating over large distances and using sound for navigation. Whales in shipping traffic lanes live with the equivalent of close, freeway traffic all day and night, and there is growing evidence this contributes to confusion and mass strandings, as does sonar mapping.

This complicates and may be something of a dampener on our modern love of whales. And love them we do (which sometimes presents its own problems, as Giggs notes). Why, exactly, Giggs asks, are whales so appealing? There is something of the transcendent in modern descriptions of whales, and whale watching is often described by participants in spiritual terms. (Which suggests we are, at base, not natural materialists.) Normally, says Giggs, we are attracted to anthropomorphic animals – sad or happy looking dogs, mischievous monkeys – but the biggest whales are so huge as to be incomprehensible, in the sense that we can’t get a handle on their entirety when with them, like deities.

Giggs remembers a childhood visit to the WA museum, which ignited her interest in whales. The sheer size of the whale skeleton there required imagination to flesh out the bones, let alone imagine a moving being, and in the wild, encountering whales prompts or even requires imagination, as both their bulk and their mental worlds are beyond our grasp, an evocation of something of the old mystery of the ocean. The ocean has traditionally been a blank spot on the map, and a void in human knowledge, a hole to be filled with imaginings, monsters. Even today, some deep-diving whale species still have not been seen alive and are only known from carcasses.

Yet the shadow behind any whale encounter today is that no place on Earth is now untouched by human pollution, including the oceans. The psychology of wilderness is now tainted with loss, dread, the knowledge that we have the capacity for great harm. But we have stopped killing whales directly (almost – some countries persist), so Giggs holds a slim hope that our capacity for empathy and preservation may provide some counter to the harm we are doing to the whales’ world.