A timely look at slavery 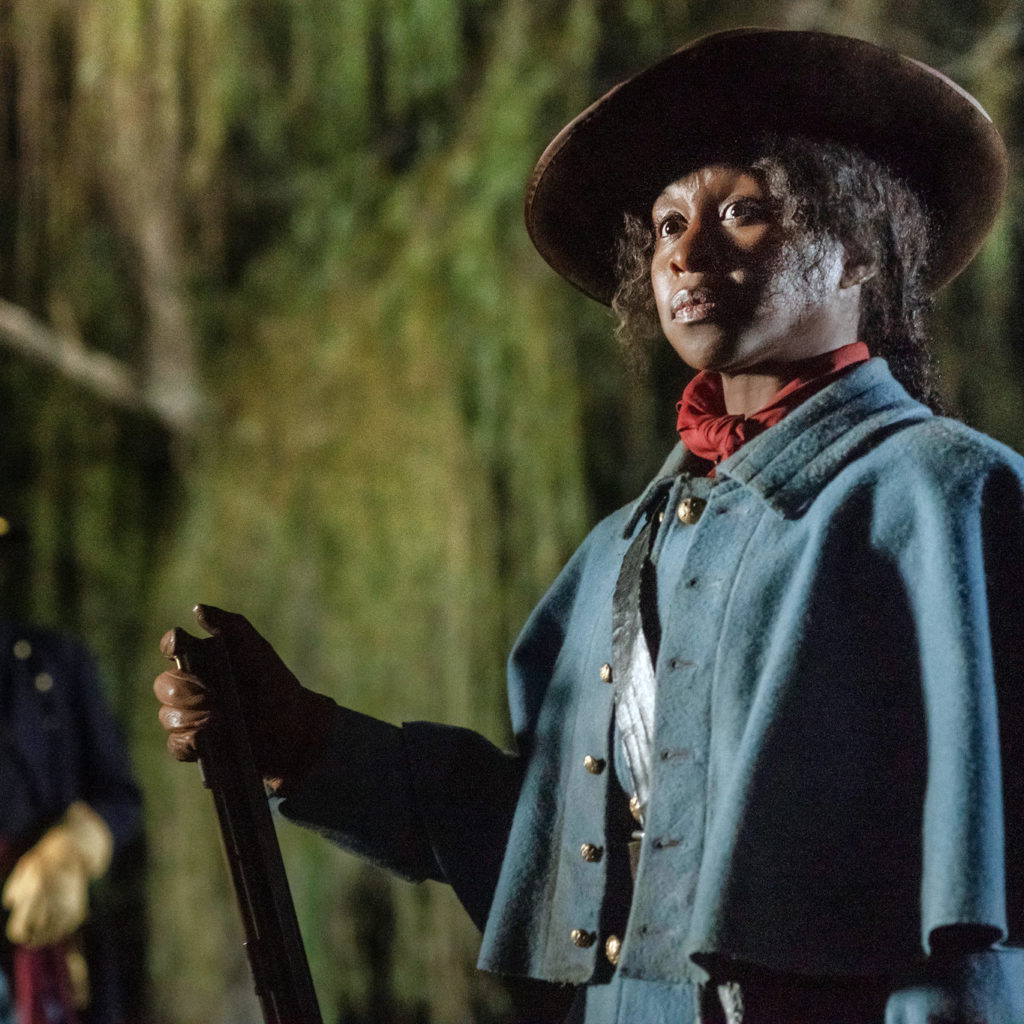 In light of all that is going on in the world, the timing of the biopic of Harriet Tubman’s (Cynthia Erivo) life coming to streaming services seems uncanny. The story of this amazing woman’s work on the Underground Railroad before the Civil War is standard learning in most American history courses. The former slave turned legendary abolitionist can move between myth and historical fact with a fluidity of various interpretations. Harriet has the reputation of combining stories of the legend with well-documented factual details.

The film is set in the state of Maryland in the 1840’s where Araminta “Minty” Ross (Harriet’s slave name) serves on the Brodess farm. She is married to John Tubman (Zackary Momoh) who is a freeman, but Minty lives on the farm as a slave with her family. The young woman is known for her fainting spells that were brought on by an injury in her youth. Minty believes that these spells give an extraordinary ability to hear directly from God. It is in one of these spells that she hears from God that she is about to be separated from her family. This is when Minty chooses to escape and make a run for the safety of the North. A gruelling and life-threatening journey that leaves her near-death until she reaches Philadelphia and the home of Marie Buchanon (Janelle Monáe).

The abolitionist William Still (Leslie Odom Jr.) helps Minty to start her new life as a free woman. Beginning with giving her the option to change her name to Harriet Tubman. As she works to save money and make her way in this new world, she receives messages that she should return to free her family. A consideration that was unheard of before this, she decides to go back to Maryland. Her goal: to lead her family and friends to the land of freedom to the North. Despite unprecedented opposition and challenges, she manages to get these souls back to Philly. An action that led her to continue many more journeys as one of the Underground Railroad’s most hunted and famous conductors.

Harriet’s history is fascinating and unprecedented because Harriet continued to help in the freedom of slaves throughout the Civil War. She then became a spy and agent for the Union Army, which afforded her to be the first woman to lead an Army effort called the Combahee River Raid. An expedition that is credited with the freedom of over 700 slaves during the war. Cynthia Erivo and the majority of the cast give strong performances that span many decades of this tumultuous time in US history. A story that includes noteworthy historical figures such as Frederick Douglass and Senator William Seward. Men who documented their admiration for the passionate ex-slave and her work.

The greatest struggle for director Kasi Lemmons was trying to fit in all that this compelling woman managed to do within her lifetime. Hers was a life that deserves a mini-series that would have allowed her story to breathe. Due to these limitations, the film turns into short vignettes that depict each achievement that Harriet Tubman managed to accomplish throughout her life’s work. This style of story telling left Erivo as more of an adventure seeker than a freedom fighter and leaves the whole production feeling more like an educational lesson than a serious drama. A reality that may leave the audience wanting to know more about this historical figure. A woman who was depicted as a devote woman of God who credited her Saviour with all of her achivements.

Despite some of the production limitations, Harriet is worth a look and hopefully will lead people to find out more about this historic abolitionist. A tragic and unfortunate time in human history that still manages to show the resolve and beauty that can come from the hearts of men and women.

Slavery, murder, betrayal … all of these acts against humanity are addressed in Harriet in amongst a whole lot of historical action. Yet, the question that comes to mid is, ‘How can this evil happen in our world?’ A question that has been around since the beginning of time. Fortunately, the Bible gives an answer to the question and a solution, too. The problem can be found in Genesis 3 and the answer comes in the middle of the Bible in four biographies of Jesus. If this is a question that you have, today might be a good day to grab a Bible and find the answers.

Where do you go in the Bible? Genesis (First book of the Bible) and Luke (About mid-way through the Bible)

The difference between risk and faith

Risk: exposure to the chance of injury or loss; a hazard or dangerous chance

Faith: confidence or trust in a person or thing

Another key aspect of Harriet is the discussion of faith. Some could label her as merely a risk taker, but they would miss the point. Risk taking is a part of every part of life. Merely getting out of bed in the morning can be perilous for some people.

“He who observes the wind will not sow, and he who regards the clouds will not reap. As you do not know the way the spirit comes to the bones in the womb of a woman with child, so you do not know the work of God who makes everything. In the morning sow your seed, and at evening withhold not your hand, for you do not know which will prosper, this or that, or whether both alike will be good.” Ecclesiastes 11:4-6

The topic of risk opens up another topic of faith. For the risk takers in life, many may have different answers to what they put their faith in during the decision making process. Is it themselves, others or God that they trust in when talking risks?

Trust in the Lord with all your heart, and do not lean on your own understanding. – Proverbs 3:5

Regardless of the answer to the above question, one thing can be said. Trusting in God does provide a peace that surpasses understanding. It does not eliminate the fact that risk comes into everyone’s life, but with God the results are squarely in His hands and in the end makes the risk, well… less risky.