The multiverse of madness 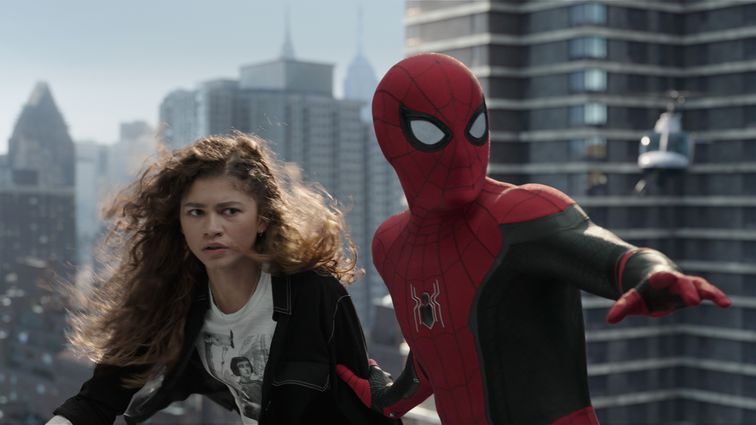 It seems clear that the groundwork for a multiverse free-for-all is being laid by recent Marvel TV shows and films.

From the recent Oscar winner Into the Spider-Verse, to other Marvel Disney + shows like WandaVision, Loki and the animated What If…?, we are seeing the very fabric of space and time being opened to view the infinite possibilities in the Marvel Cinematic Universe (MCU).

The highly anticipated third film in the Homecoming trilogy has Tom Holland’s Peter Parker grappling with the events of Far From Home, when his secret identity as the friendly neighbourhood webslinger was revealed. Not only this, it appears the villain Mysterio, whom he vanquished in that film, has been hailed as a hero and Spider-Man is enemy number one.

Now no longer able to separate his normal life as Peter Parker from the high stakes of being a superhero, Peter seeks the help of Doctor Strange, and in doing this causes even more damage to the world around him, when a spell to make people forget his identity gets out of hand. With the help of friends MJ (Zendaya) and Ned (Jacob Batal), Peter must find a way to make things right before the universe collapses in on itself.

Sony has spent months keeping the story of No Way Home under wraps and for good reason. In early trailers they have even removed characters digitally from scenes to keep avid fans off the scent. The film essentially weaves together nearly 20 years of legacy elements from the original Sam Raimi trilogy, through to the present. In doing this, villains from these films are bought back, more intense than ever and out for revenge, once the multi verse fractures.

In the same way that Marvel weaved 22 films into the Infinity Saga climax that was Avengers: Endgame, Sony (now in partnership with Marvel) have essentially done the same with No Way Home.

Along with many surprising cameos, one that brings a beloved character directly into the MCU, the story also packs an emotional punch, as Peter discovers just how much responsibility comes with great power.

The film has some heart-breaking moments while also giving redemption to characters from across the Spider-Man franchise in surprising ways. It also gives closure to previous trilogies and makes them feel part of the fully-fledged multiverse of characters.

Jamie Foxx, Alfred Molina and Willam Dafoe give bravura performances as their villains are ripped out of time and place and given appropriate character arcs. Perhaps Thomas Haden Church and Rhys Ifans not so much, but this is a minor quibble in the overall scheme of the story.

Tom Holland as Peter Parker/Spider-Man grounds the film and gives it the heart it needs amongst the action set pieces and is more than ably assisted by Marissa Tomei (as Aunt May), Jon Favreau (as Happy Hogan) and Benedict Cumberbatch (as Doctor Strange).

No Way Home is not only an excellent movie on its own, but it somehow retroactively makes prior Spider-Man movies even better. The film could have easily brought in the cast of the previous films in one-off cameos, but No Way Home brilliantly incorporates many of these characters so they’re critical to the plot and the development of Tom Holland’s Spider-Man.

The biggest compliment for No Way Home is that it’s easily on the same level as the animated Spider-Man: Into the Spider-Verse, which many consider to be the best Spider-Man movie.

Already breaking box-office records worldwide, this latest Spider-outing is being hailed as the reason we need to be back in the cinema right now.