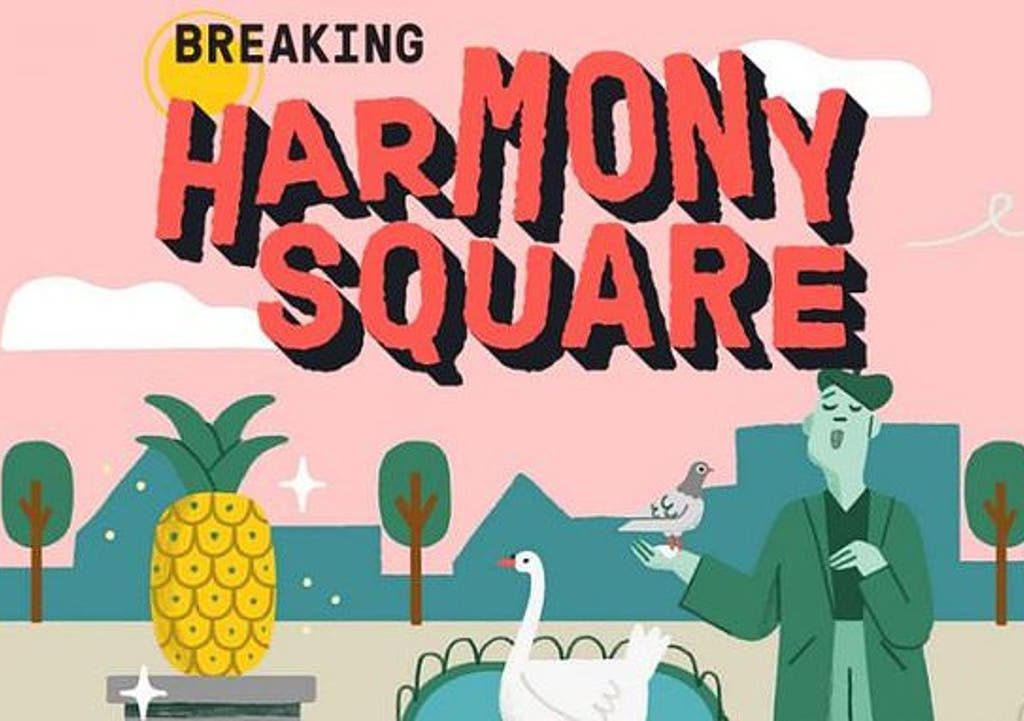 Breaking Harmony Square is a ‘serious game’ whose intent is to help stem the tide of fake news.

The game can be played in a browser, without the player needing to download, or pay for, anything. Players assume the role of a newly recruited professional propagandist whose job is to stoke discord in an otherwise-harmonious town. With its three political parties, and the ability to vote on just about anything, the fictional town of Harmony Squareis an idyllic and democratic location, where people who disagree on things get along rather well for the most part.

Through choosing headlines and text to write on a fake news blog, the player works on exploiting citizens’ differences and anxieties. Along the way, the game instructs the player on the power of incendiary, emotive language, how to divide people, and how to propagate ideas and stories that have no basis.

Breaking Harmony Square takes around half an hour to play and encourages the player to play again or share the game with others, to see how they fare. The real long-term impact, however, lies in the game’s educational potential. After playing the game for the first time, Insights found that trolls’ words on social media stood out as wasted bait (this was shortly before the Facebook snap).

This is part of the designers’ intent: Breaking Harmony Square was developed to help people discern fake news and trolling. Researchers at Cambridge University found that people who played the game once were less susceptible to fake news afterwards, even those who may otherwise previously be swayed.

With witty writing, and some fantastic subtle jokes, Harmony Square is far from a drab educational experience.

Given the tendency of some Christians to share fake news online, a susceptibility that has been pointed out recently, Breaking Harmony Square is a game that church members should play and talk about.

Breaking Harmony Square is free-to-play, and is available here.