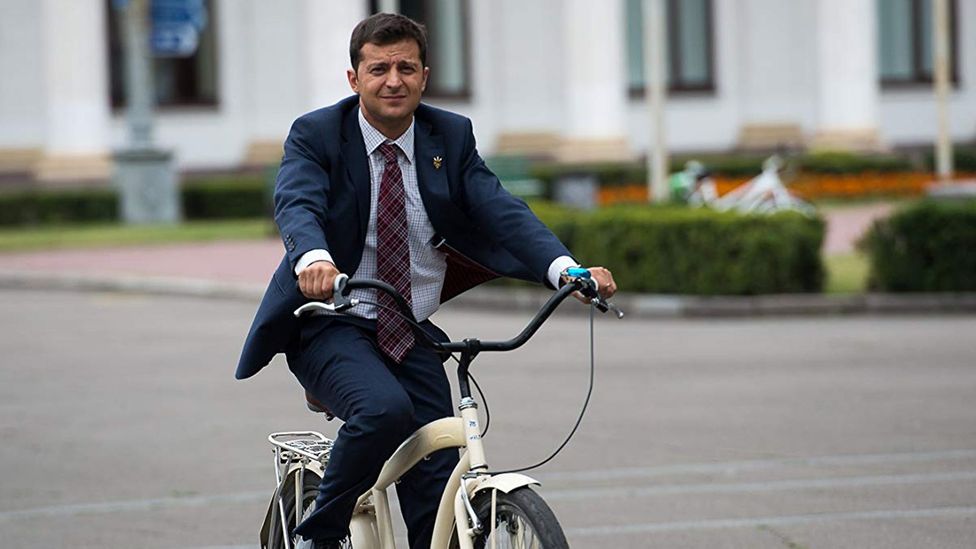 Review: Servant of the People

After a profanity-filled tirade against corruption in his country goes viral, a Ukrainian schoolteacher finds himself the unlikely president. Against major odds, he goes to work at addressing some major political issues, placing him on a collision course with the country’s wealthy oligarchy.

That’s the premise behind Servant of the People, a Ukrainian political comedy that is currently on Netflix. In its own unlikely way, the show has in turn served as a major historical launching pad for its creator, comedian-turned-Ukranian president Volodymyr Zelenksy.

Despite its niche nature, Servant of the People will appeal to a wide range of people. The series’ humour finds itself dividing the line between political jokes, gross out humour, and situation comedy.

There is some mild course language and Servant of the People’s exploration of political corruption finds itself plenty of sleaze to refer to, and so the show is not recommended to those who would find such content offensive. Those who find themselves enjoying the series will be rewarded with the occasional insight into the nature of politics. Faith is only touched upon briefly, but it is interesting to see the interactions between the president and the Orthodox Church.

The show entered real life in a strange way when Volodymyr Zelensky was elected as the president of Ukraine. As such, some analysts have suggested that it ‘predicted the future’. A 2019 phone call between Zelensky and former US President Donald Trump, which saw the latter apparently try to induce Ukraine to offer up dirt on a political opponent, led to the first Trump impeachment. The show, then, is something of a historical artifact.

Those interested in watching Servant of the People are best advised to act soon. With the show set to leave Australian Netflix on 28 February, the chance to easily watch it will full subtitles is something worth taking up. You may need to binge it to get through, however.

Servant of the People is streaming on Netflix until 28 February.