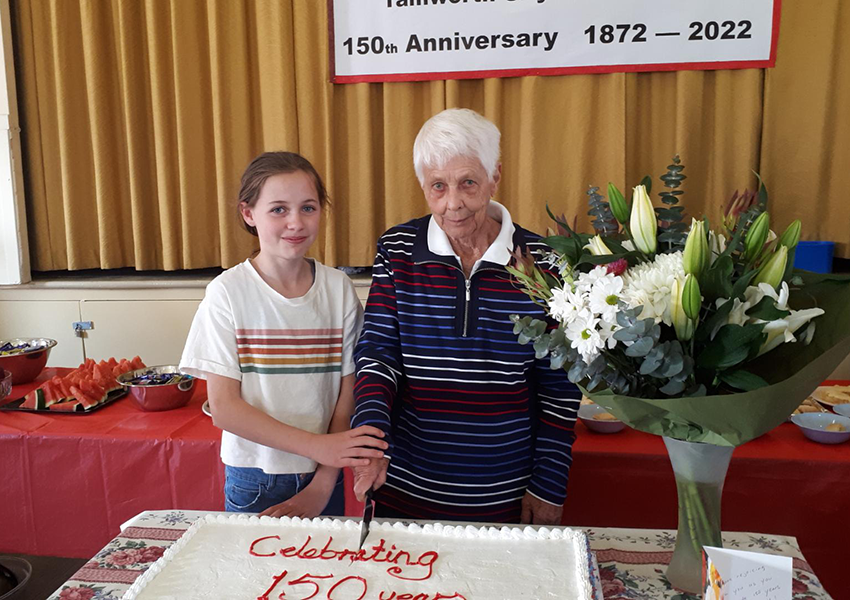 The 150th anniversary of the opening of the Tamworth City Uniting Church was celebrated on Sunday, 25 September.  The building, opened on 9 September 1872, as a Wesleyan Methodist Church, has been, since then, a place of worship and witness in Tamworth and district and the North West/ New England Presbytery.

The morning Service was a joyful occasion of praise to God and thanksgiving for the faithful service of the congregation and the 75 members of the clergy who have ministered to them over the years.

The church was filled with people of all ages, members of the other two Uniting churches in Tamworth, former members of Tamworth City Church and a number of former ministers.

Greetings came from the President, Rev. Sharon Hollis and Councillor Judy Coates from the Tamworth Regional Council.  The Service was conducted by Lay Members of the Church, with a choral item from the Tamworth Southside UC Men’s choir.

Rev. Richard Wrightson, who was a minister in Tamworth from 1973 to 1980, spoke on behalf of all the clergy who had served this church over the years.  The sermon was delivered by the Moderator, Rev. Simon Hansford on the theme of call to sacrifice, challenging the congregation to not be content with just stewardship but to look to the future witness of the Church.

After the Service, there was a powerpoint presentation highlighting the history of the Church and the many small churches that grew from it in the surrounding district.

Several former Ministers and a deaconess took the opportunity to speak of their time spent in Tamworth, all expressing their appreciation of their experiences there.

For all who attended, lunch was provided in the adjoining Jubilee Hall.  It had been prepared and was served by members of the congregation and helpers, some from other churches.

During and after lunch there was a great time of fellowship with many people renewing acquaintances.

PrevPreviousUniting Church swings behind multi-faith push for climate justice
NextThe Statement from the Heart: More than just a VoiceNext