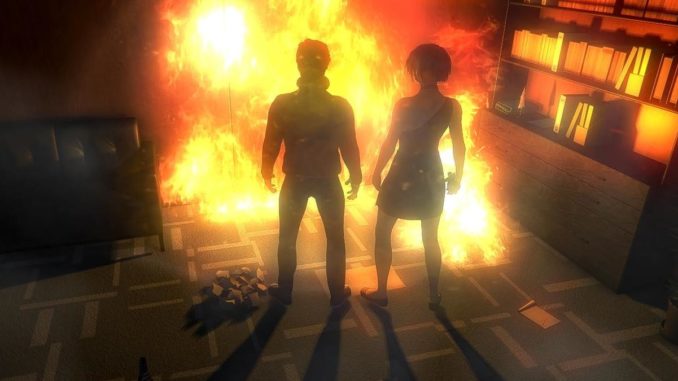 Made by a single indy developer, Outbreak: The New Nightmare is clearly a love letter to the old school survival horror games of the late 90s and early 2000s. While undoubtedly showing passion for the genre, the game is something of a niche prospect that will only appeal to those most into these games.

One of the first things that hit you about Outbreak is that the game gives you options. There are a number of things to customise before getting underway. There are three game modes: The campaign, Onslaught, and Experimental modes. The game includes both single-player and split-screen multiplayer options.

Going so far as to provide players with the choice of the old school ‘tank’ controls that characterised the likes of Resident Evil and using the same fixed (and sometimes inconvenient) camera angles, it is clear that the game is trying to take players back.

This fidelity to old tropes is perhaps Outbreak: The New Nightmare’s best feature. From the way the player can see their character’s health status to the manner in which they need to manage a limited inventory of survival items, there are nods to Resident Evil, Silent Hill, and others.

Coming as it does from a single developer studio working in the Unity engine, Outbreak is not graphically stunning. That said, it doesn’t have to be, given the project’s intent. The game does manage to have impressive lighting effects, however, and places an impressive number of zombies on screen at any point. That said, there are some visual issues that marred Insights’ playthrough, including the odd bit of screen tearing and some instances of the framerate dropping when too much was going on at once. The player models look great, but the animation is a little stiff, especially when the player character is walking.

While mostly cosmetic, there are some instances when visual flaws cause frustration. While the game obviously intends to play with limited lighting in order to further the suspense, there were some instances where things were dark to the point that it made survival more difficult.

Outbreak: The New Nightmare avowedly pays tribute to survivor horror classics, offering fans of those titles a game that seeks to replicate much of what made them memorable. It is best recommended for those fans of the genre.

Outbreak: The New Nightmare is now available on Playstation 4, Xbox One, and Steam.