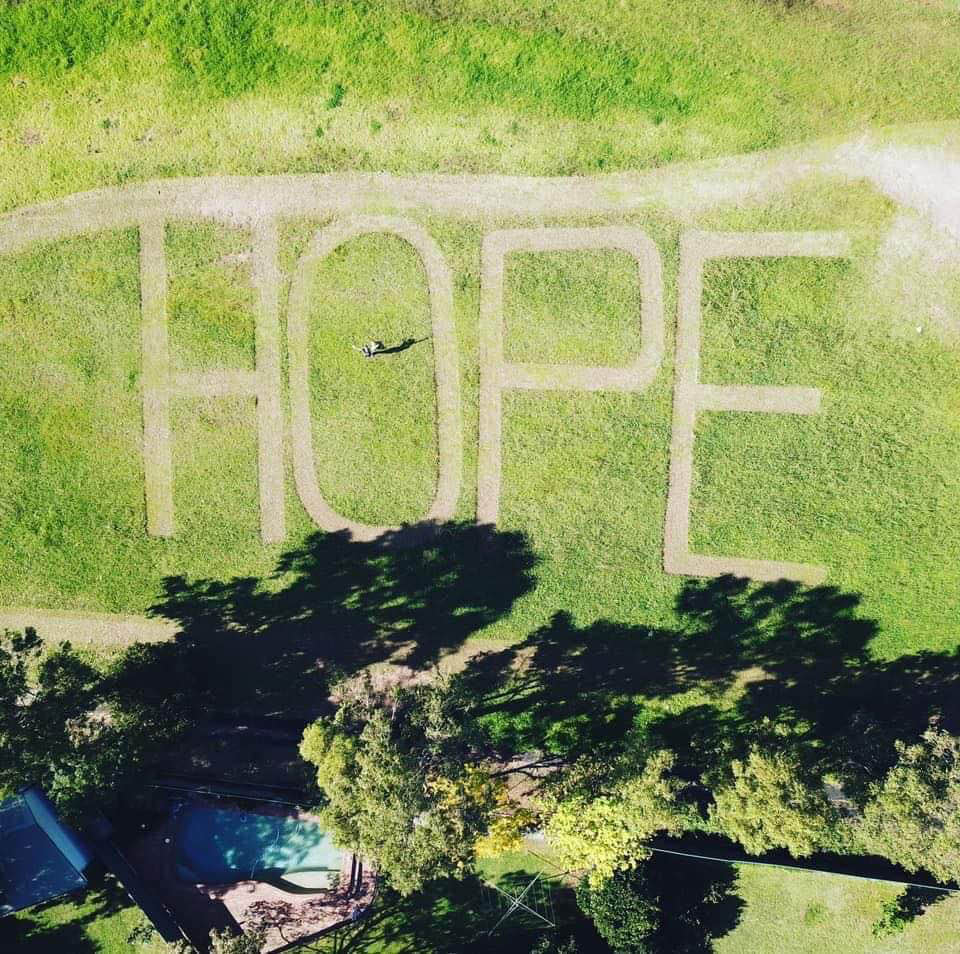 Castle Hill Uniting Church’s Harvey Weir has embraced the notion that Christians need to be light to the world, providing hope in a unique way.

Using his lawnmower, he has written the word ‘Hope’ into the lawn in front of his house, a message that has since picked up by aerial drone shots.

Mr Weir hoped that the unique way of delivering the message might be memorable before Easter, and at a time when people were fearful due to the spread of COVID-19.

“I thought that would pass on a hopeful message and also the proclamation of Easter,” he said.

The image has spread quickly on Facebook. It has been shared by people in The Philippines, Korea, and the UK. Mr Weir said that the popularity of the message had surprised him.

Mr Weir said that the message had become a talking point in his community. Behind his front fence, he has been able to see people reacting to it, and started up many conversations, while maintaining social distancing.

“You say hello. It’s been a great icebreaker.”

Mr Weir says that he does not tell any passers by that he was the one behind the message, which he wanted to be a summary of the Easter message.

“I don’t want any glory, it’s just a silent thing that I did,” he said.