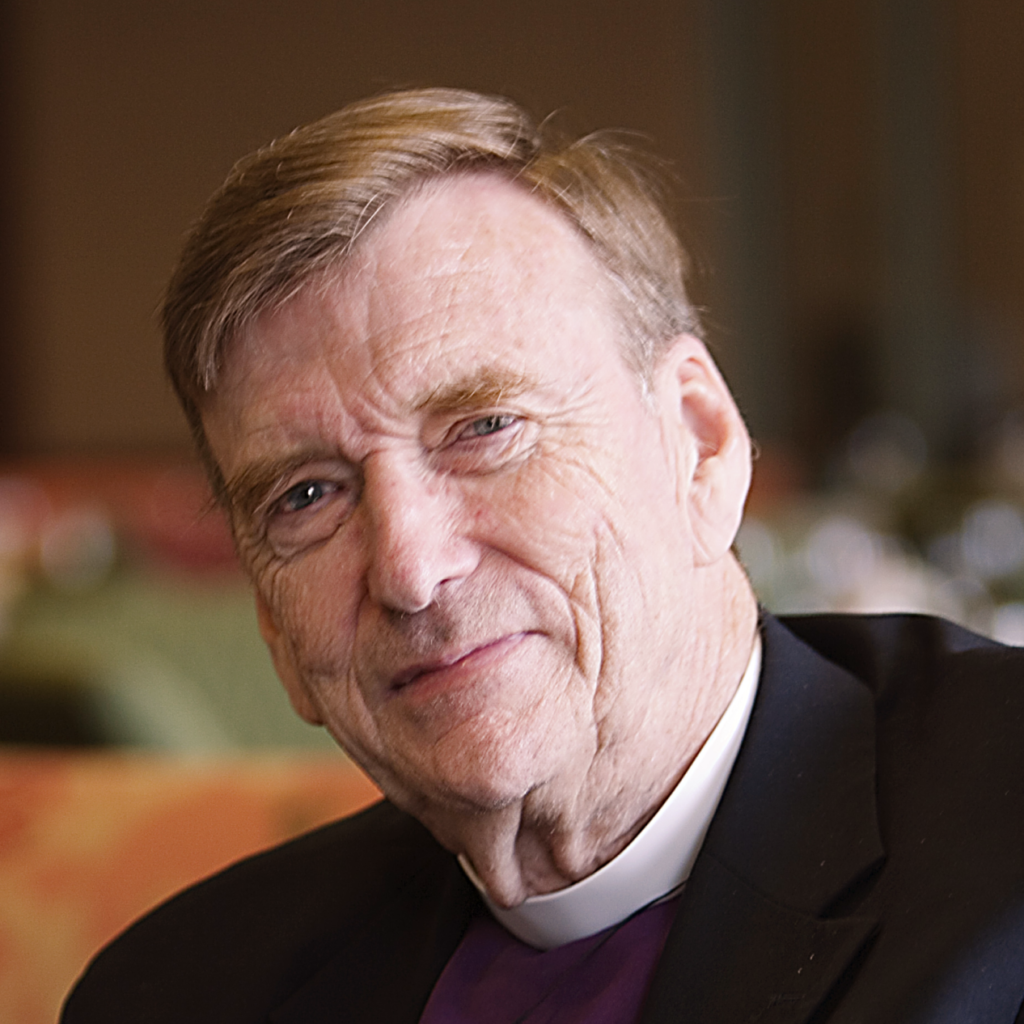 Bishop John Shelby Spong has died, at the end of his ninth decade of life. He was an extraordinary figure in the life of the church in the latter part of the 20th century. His legacy is large. Whilst a bishop in the Episcopalian Church in the USA, his influence has been across denominations and across continents, with countless thousands of thinking, exploring Christian believers, questioning received doctrines, exploring new ways of understanding what it means to be a person of faith, living out their discipleship in fresh and innovative ways.

Bishop Spong had his critics during his lifetime; every new book that he authored drew critical words from those who felt he had betrayed the Christian faith. He was regularly accused of hypocrisy, drawing a stipend from the Church yet speaking out against the beliefs of the Church. That kind of criticism is now being levelled once again against Bishop Spong, so soon after his death.

Critics of Spong should know that he advocated nothing that had not already been proposed and debated within biblical scholarship of the mid to later 20th century. Unlike many of the academics who in engaged in scholarly debate about details of exegesis and theology through articles and footnotes, Spong had the gift of speaking in ways that the headlines and opening paragraphs of newspaper articles could handle. He popularised a widespread and deeply debated series of discussions amongst academics.

Spong himself attributed great significance to the scholarly work of New Testament scholar Rudolph Bultmann and theologian Paul Tillich. We can’t avoid grappling with the important ideas that these scholars advocated and explained. Both demythologisation (Bultmann’s key idea) and existentialist theology (Tillich’s central contribution) need to be engaged with, explored, and critiqued—not just dismissively brushed aside with slogans and stereotypes.

Personally, I haven’t agreed with everything that Spong has published, either in written or spoken form. I have clearly benefitted from close reading and careful thinking about many of the issues that Spong himself has canvassed—both in terms of Spong’s publications and, more extensively, in the academic discussions about those issues in monographs and journal articles. His stimulus has been particularly important in the more popular arena.

Many people of faith who hold to what is called a “progressive theology” point to Spong as the person who first opened up their understanding about faith. He drew new visions, offered different understandings, provided viable options for people to hold to their faith in the increasingly complex and secularised world of the later 20th century. The miracles of Jesus, the resurrection of Jesus (and of believers), the Virgin Birth, the inerrancy of scripture—these, and more, he explained in his books in ways that “the ordinary believer” could understand.

Many then went on to discover, and rejoice in, the work of Dominic Crossan, Marcus Borg, the Jesus Seminar (to which both of these scholars belonged)—and locally, Australian voices such as Val Webb, Rex Hunt, and Greg Jenks. Many across the church have been enriched by the articulate, faithful writings and speaking of such people. Spong opened the door for them to experience a wider audience.

Bishop Spong visited Australia with his wife, Christine, in 2007. He spoke at the inaugural Common Dreams conference in Sydney and visited churches in a number of other cities whist downunder. His influence on the Progressive Christianity movement in Australia has been very significant. A number of my colleagues have testified that “Spong and his ideas helped my find my place (or recover my place) in the church”. We can be grateful for these testimonies.

Not only people with progressive viewpoints are in the debt of Spong. There are many evangelical scholars who have benefitted from the spadework done by more progressive scholars—adopting historical criticism, using it to illuminate the biblical text, and eventually enhancing understandings of scripture amongst evangelicals, even conservatives, and not just more progressive folks.

I think of the work of Don Carson, I. Howard Marshall, Ben Witherington, N.T. Wright, and many more—conservative biblical scholars who have faithfully grappled with the challenges posed by more progressive points of view, who have utilised the methods developed within so-called “liberal” circles of scholarship. Our academic understanding, and from this our practice of discipleship across the church, has been enhanced by this conversation, taking place in ways that reach across the stereotypes of separated schools of thought.

At the end of his life, let’s acknowledge the fine work that John Shelby Spong did in popularising and making widely known an extensive set of insights about what it means to have an informed faith that “makes sense” in the contemporary world; and let’s give thanks for his ministry of deepening and broadening the whole Christian exploration of scripture, faith, and discipleship.