Ratcheting Up the Graphics Settings 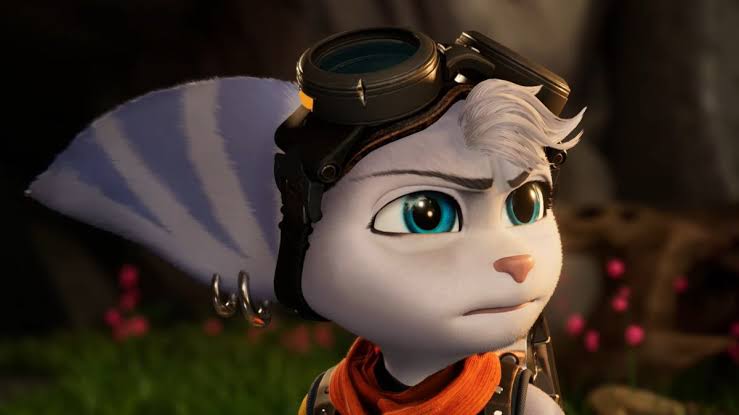 Early in every console cycle, there are games that are worth buying purely because of how good they look. These are games that show off exactly what your fancy new expensive console can do that your old console can’t, and help to justify the big money you’ve spent. These games are often exclusives by necessity: untethered from the previous console generation, they can make enormous bounds in visual fidelity. Ratchet & Clank: Rift Apart is one such game, showcasing just how powerful Sony’s PlayStation 5 is compared to its predecessor, but it’s also much more than just a pretty face. Although the gameplay mechanics don’t take quite as huge a step forwardas the visuals, Rift Apart is still tremendous fun.

Like previous games in the series, Rift Apart features a mix of 3D platforming and third-person shooter gameplay, with much more emphasis on the combat than the jumping. Early in the story, a dimension-hopping gun goes haywire and opens a series of rifts between dimensions, connecting Ratchet – the last member of the Lombax species in his own dimension – with Rivet, a similarly-fated Lombax with all the same weapons and abilities as him.

If you played Ratchet & Clank on PS4, you’ll know roughly what to expect: fun weapons, whacky enemies, and a lot of charm. Rivet is the clear star of the game: she’s a fantastic character design with oodles of personality, and veteran voice actor Jennifer Hale imbues her with a rich sense of history. While the game’s plot isn’t exactly full of twists and turns, it’s easy to get invested in the emotional beats these characters go through.

Rift Apart’s big new feature is the titular rifts, which come in two flavours: the short-range orange rifts that can be used to move around areas fast, and the far more intriguing purple rifts, which offer pathways into other dimensions. These rifts are much less exciting in practice than they are in theory, as the moments where you’re shunted between dimensions during action sequences are few and far between. For the most part you’re using orange rifts during combat to escape danger and get the drop of enemies, and they serve the same function a grapple point might in another game: a fun mechanic, but nothing spectacularly original.

Rift Apart is at its best when it makes use of those purple rifts, which serve as an exciting showcase of what Sony’s new system can do.  It’s fantastic fun when a boss fight or set piecejumps you between different arenas on the fly, which is all done without a single load screen or hitch, or when these rifts start spewing out enemies and hazards to deal with. Sadly, there are few such moments in the game: for the most part it feels like a more polished and hectic version of earlier games in the series, with occasional brief dalliances into fun new territory.

If you can get past Rift Apart’s lack of innovation, there’s plenty to enjoy. The level of fidelity and detail in Ratchet & Clank’s world would not look out of place in a modern CGI cartoon: in fact, the game is considerably better-looking than the feature film spin-off released in 2016, with more expressive characters and animations. This isn’t just in the cutscenes, either: in motion, Rift Apart is astonishing.

As with several PS5 games, you’re given the option of several different graphics modes, and can choose between whether to emphasize fidelity or framerate. It looks great no matter what, but it’s hard to go past the incredible depth and shine of Rift Apart at 4K with all the bells and whistles turned on. It looks extraordinary and runs smoothly, with no loading times across the entire experience – a rare and beautiful thing to behold. The density of each level, and the number of moving parts and objects, is a new benchmark for console games. Simply put, no game has ever looked quite like this before – and it’s more than enough to get you excited about the system’s future.

The combat isn’t particularly deep, but it’s frantic and fun. Each ranged weapon has five levels and multiple purchasable upgrades, and by the end of the game some of them can become incredibly powerful: a charged-up lightning gun can hurt multiple enemies at once, while the game’s shotgun equivalent is firing off multiple extremely powerful close-range shots with an afterburn perk once it’s fully levelled. In the heat of action, Rift Apart again shows off what the system can do, throwing a tremendous number of highly detailedenemies at you with nary a drop in framerate. This is all stuff you’ve done before in other games, but there’s a level of sheen here that feels fresh.

It’s rare for (non-Nintendo) games early in a console generation to feel truly seismic, or as though they’re changing how games will be played from now on. But while Rift Apartmight not show how games can fundamentally be different on PS5 beyond its brilliantly high level of performance, it doessuggest that Sony’s new console is capable of some truly spectacular things. As a game judged on its own merits, this is an extremely polished, well-made action-platformer with a lot of charm. But as an example of what the new white behemoth beneath a lucky few people’s TVs is capable of, Rift Apart is very exciting indeed.