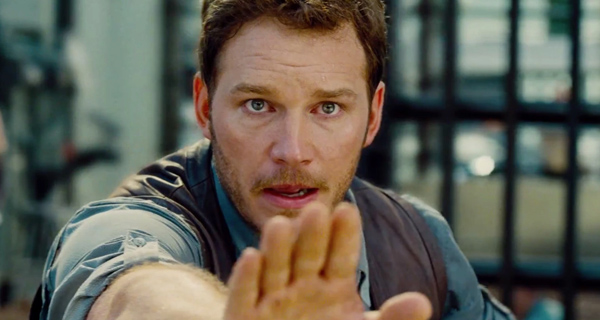 This is not an April Fool’s joke. Instead, this is an April 1 report about something one of the biggest actors in the world did last weekend. On Easter Sunday, Jurassic World and Guardians of the Galaxy leading man Christ Pratt erected a giant cross. With a few mates. In an American desert spot. Using his Instagram account, Pratt posted step-by-step instructions about how to do exactly what he and his mates were doing. Previously, Pratt has used social media to post Bible verses, and his own reflections and convictions about God’s involvement in his life (including when his son was born nine-weeks premature).

In an unusual Sydney Morning Herald opinion piece, respected Economics Editor Ross Gittins quoted frequently from Christian author Roy Williams’ excellent book, Post-God Nation? In his book, Williams puts forward a researched, thoughtful case about the enormous impact that Christianity has had on all aspects of Australian society and culture. Gittins agrees with Williams, and felt Easter week was a sensible time to remind readers that Australian values (including how we spend our money) are informed by Christian values.

“The largest faith-based civil disobedience movement in Australian history” is celebrating its second birthday. Grown out of a hashtag, the non-denominational Christian protest group Love Makes a Way has put its voice and actions to high-profile campaigns against the treatment of asylum seekers in Australia. Love Makes a Way posted a video this week, reflecting upon its first two years of lobbying for compassionate treatment of refugees.

Fear not, thanks to Jesus: President Obama

On Thursday, US President Barack Obama addressed an Easter Prayer breakfast. During his half-hour talk, President Obama said that due to God’s love demonstrated through Jesus, our volatile planet can have hope and need not fear. He referenced the recent ISIS attacks in Brussels, as well as ongoing issues with refugees worldwide, in contrast with the “gift of salvation” given by God to all who receive it.

“Scripture tells us, ‘For God so loved the world that He gave His only Son, that whoever believes in Him should not perish but have eternal life,’ said President Obama at the prayer breakfast. “Because of God’s love, we can proclaim “Christ is risen!” Because of God’s love, we have been given this gift of salvation. Because of Him, our hope is not misplaced, and we don’t have to be afraid … And as Christians have said through the years, “We are Easter people, and Alleluia is our song!” We are Easter people, people of hope and not fear.”