Nauru Detention Centre must be closed 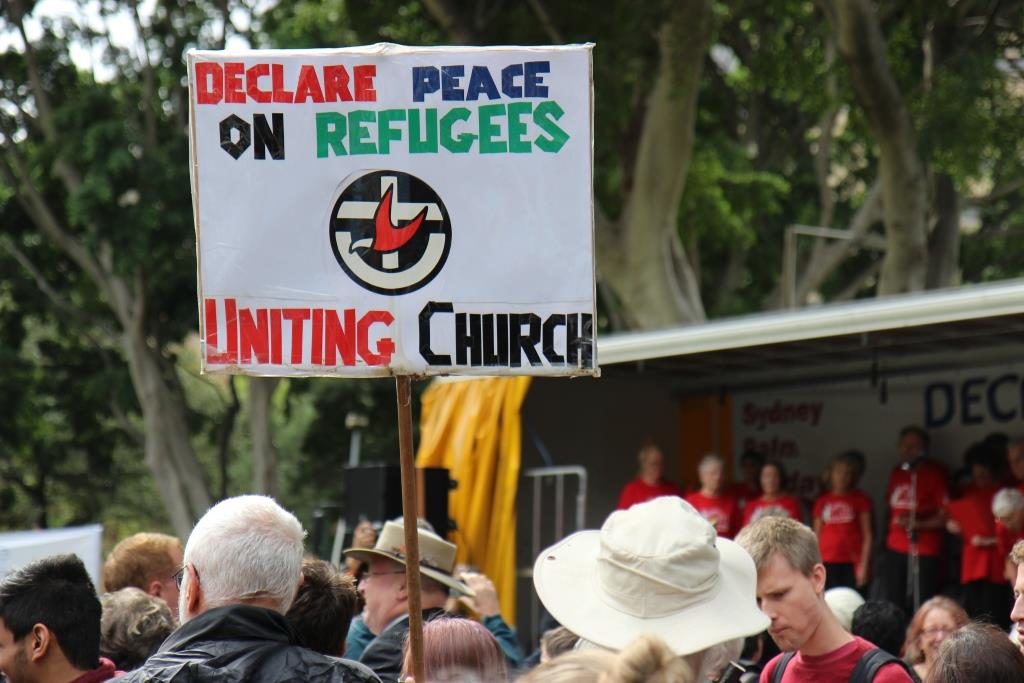 The Uniting Church is renewing its call for the immediate closure of the Nauru detention centre after another damning report into the centre’s operations.

The Senate Select Committee’s report released on Monday describes a disturbing lack of transparency and accountability about what is happening in the centre. It raises serious issues about the safety and wellbeing of people and concludes that the detention centre is ‘not adequate, appropriate or safe’ for asylum seekers.

Mr Stuart McMillan, President of the Uniting Church in Australia said, “It is Australia’s moral responsibility to ensure that asylum seekers are safe in these centres. But they are not safe. How many reports and allegations of the abuse and sexual assault of women and children do we need before the Government takes action?”

“The Uniting Church has long been calling on the Australian Government to close the detention centre on Nauru and bring everyone to Australia. The Government should act immediately on the Committee’s recommendation that all children and their families be released,” said Mr McMillan.

The Senate Select Committee is clear that the centre is the responsibility of the Australian Government. The majority of the Committee concluded that, as currently operated, there can be no guarantee of transparency and accountability and no guarantee that any aspect of the detention centre is well run.

Rev. Elenie Poulos, National Director of UnitingJustice Australia said, “It is outrageous that the Government has just awarded the current operator, Transfield, another five-year contract to operate the centre. Women and children have been raped and abused on their watch.

“The Government can no longer hide behind the excuse that the centre is Nauru’s responsibility. The centre belongs to us and we are responsible for all that happens there.

“The detention centre on Nauru breeds despair and hopelessness, neglect and abuse, and severe mental and physical health problems. We can no longer ignore the damage we are inflicting on vulnerable people, including children,” said Rev. Poulos.