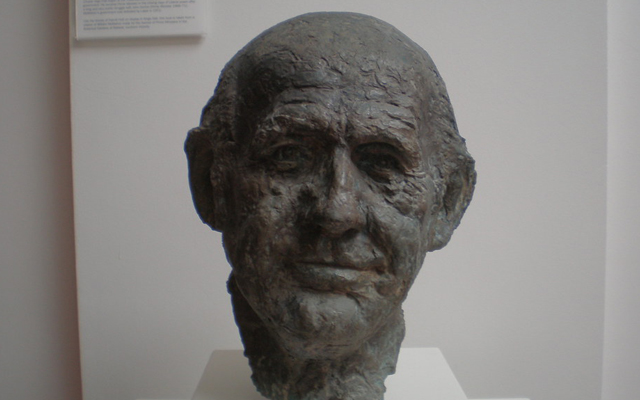 Tiberius with a Telephone: The Life and Stories of William McMahon, Patrick Mullins, Scribe.

Tiberius with a Telephone is a biography of William McMahon, regarded as one of Australia’s worst prime ministers. (The title of the book comes from Gough Whitlam’s description of McMahon, who, notoriously, was glued to the phone at all hours.) McMahon was a victim of the Australian public’s weariness with the tail-end of the Menzies era and hunger for change, but he also shot himself in the foot, with multiple blasts, with his narcissism, duplicity, rampant ambition, dishonesty, dithering and bombast.

One journalist described him as having ability but not character. Even his political allies were scathing. Menzies thought he was ‘dreadful’, ‘characterless’ and untrustworthy. A colleague said he tried to be statesmanlike but was more Machiavellian than any other politician. The Department of Foreign Affairs, which he headed, thought him ‘vain and silly’ and the least intelligent politician they had tolerated. When he travelled to the US as PM, the trip was, in the eyes of the Australian press, ‘gaffe-laden’, and he appeared ‘pedestrian’. His biographer Patrick Mullins notes that every achievement was counter-balanced by ‘muddles’ and unnecessary problems of his own making.

But a friend said his snappy dressing hid drive and persistence. Politically he did try to steer Australia in a more modern direction. He wound down Australia’s involvement in Vietnam and increased spending on childcare and education. But in the end he was outdone in progressive policy by Whitlam, and his time in office was overshadowed by the dramatic Whitlam election win.

Mullins reports on how in 1982 McMahon planned to set the record straight in a multi-volume autobiographical masterpiece and hired an editor to polish the edges. McMahon commented that readers would not believe all that he had to put up with. But his editor gave up, calling McMahon ‘undeserving’, ‘unpleasant’ and worse. The editor would condense McMahon’s sprawling prose into new drafts only to find McMahon had returned to earlier ones or was adding still more diversions which would meander off into forests of details. McMahon had little sense of chronology or connection and would forget that speeches he’d delivered were not his own work but the work of speechwriters.

According to many, he had a sense of unreality. He was indeed persistent but couldn’t admit fault. His initial publisher gave up on the memoir and other publishers passed. McMahon nevertheless still believed it a masterpiece. Even his loyal staff were aware that if it were ever finished it would be in large part fantasy.

Born into a wealthy Sydney family, McMahon nevertheless suffered family tragedies which, along with school, instilled a certain energy, if not a thick skin (he was famously prickly at any criticism). He studied law but considered ballet, having a lifelong interest in the arts. He fell into candidacy for parliament when he was asked by a friend to fill in at the last minute at a Liberal function. He had a quick rise, partly due to backstabbing and self-boosting. He loved both detail and ideology, at times to the frustration of long-suffering colleagues.

When Harold Holt died, McMahon quickly saw opportunity, but Country Party leader John McEwen, a lifelong antagonist, ‘vetoed’ McMahon for the leadership. He undermined Holt’s successor John Gorton, and by the time McMahon did take the leadership, he had alienated half of the cabinet.  As PM he complained about the press’s misreporting of government policy but refused to hold press conferences. He took power away from his ministers and into his own portfolio, which they took as an insult, then complained he had too much work. When Whitlam won and McMahon lost government, he blamed party disunity rather than any fault on his part, especially the wheel-spinning that had been occurring in his own office.

He was an Anglican because, he said, he saw the obviousness of original sin and the need to combat it, but it is contestable as to how much of the sin he saw in others he also recognized in himself. Mullins certainly doesn’t portray him in a light McMahon would have wanted, and McMahon never did get to put his own side of the story, dying before his memoir was finished. Mullins’ book catalogues not only McMahon’s unenviable character traits, but also his unwavering capacity to be blind to them, but there is also grudging respect for McMahon’s tenacity in the face of the unlikelihood of his success. The book is a significant work – exhaustive and considered. It’s a detailed record of a lull in our political history, and a remarkable effort in making an uninspiring political career into an engrossing read. From McMahon’s mediocrity Mullins has made a monument.