Let go of what you rely on 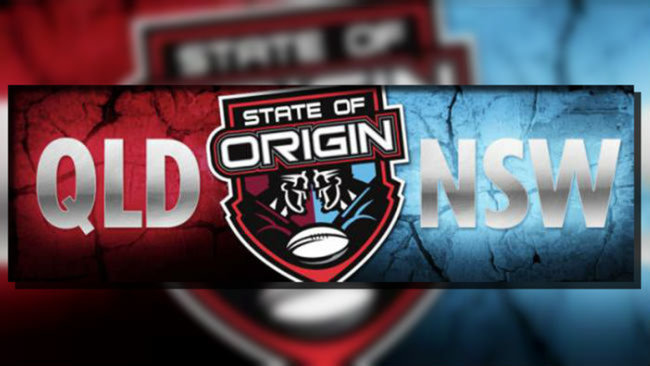 I’m finalising this column on the afternoon of the second State of Origin game. Tonight a large crowd will gather at a stadium at Homebush in Sydney, excited and hopeful that the NSW Blues can clinch the series. But whether they do or not, life will go on exactly the same for that crowd after the game. Unlike the experience of a crowd I’ve been reading about in Luke’s gospel, chapter six.

That crowd was mostly a gathering of broken and desperate sons of Abraham. They’d come to Jesus because he offered them healing and a chance for life to be better than they’d previously imagined it could be. He healed their bodies, but he also spoke to them in words that gave them a new perspective on life. In fact, he completely turned around their understanding of God and of themselves.

In the Roman-occupied, Pharisee-infested Palestine of that day, the wealthy and privileged Jewish leaders looked down on these poor, ordinary folk; they regarded themselves as spiritually superior. They believed that their wealth proved that they were the ones who’d been blessed by God because of their wisdom and holiness.

If you were poor, the leaders thought it was because you were a sinner and out of God’s favour. The crowd on the Galilean hill that day would have been told all their lives that they weren’t up to scratch in God’s scheme of things.

Imagine how they must have reacted when they heard Jesus say that the poor have the kingdom of God, which is of infinite value, but the rich have only their riches, which are of limited value for a limited time (verses 20 and 24). Imagine their amazement when Jesus said the hungry will be satisfied, but those who have plenty will starve (v. 21 and 25). “Can he really be calling us ‘blessed’?” they must have asked themselves in astonishment.

He also taught people to love their enemies, not just their friends (v. 27-36), because there’s nothing particularly virtuous in just doing good to those who’ve done the same to you. “Even sinners do that,” he said, which was an arrow shot straight at the religious leaders who looked after their own, but ignored the rest. Besides, just to react to how others treat you hands the agenda of your life over to them – far better to set the agenda by treating others the way you would like them to treat you (v. 31).

To those who thought that ‘the law’ gave them a yardstick with which to beat others, Jesus also taught the crowd not to be judgemental lest it come back to bite them (v. 37) and to sort out their own hearts before giving advice to others. Otherwise it ends up just being a case of one blind man leading another (v. 39-42).

To our 21st Century ears, these things have perhaps become familiar ideas. They shouldn’t be. They were bombshells for Judaism in 1st Century Palestine and they continue to blast away at all individuals and societies that assign superiority to one group over another. Relying on your wealth, your place in society’s class system, or any other sense of presumed superiority are all fraught and wrong.

What really matters, Jesus said, is our roots and what grows out of them. Good roots make a good, fruitful tree (v. 43-45); strong foundations make for a well-built house that stands firm (v. 48-49).

Who, then, is the person who has put down good roots and built strong foundations? “Everyone who hears my words and does them,” Jesus said — to rich and poor alike. This doesn’t guarantee an easy life, but we can stand strong and not be shaken.

The life-changing words of Jesus urge us to let go of the things we rely upon that ultimately have no substance. Instead, becoming poor in spirit, we put down the roots of our lives in Jesus and build our character on His teachings. They urge us not to be satisfied with the false riches that the world offers. Aspire, instead, to the kingdom of God and its blessings.