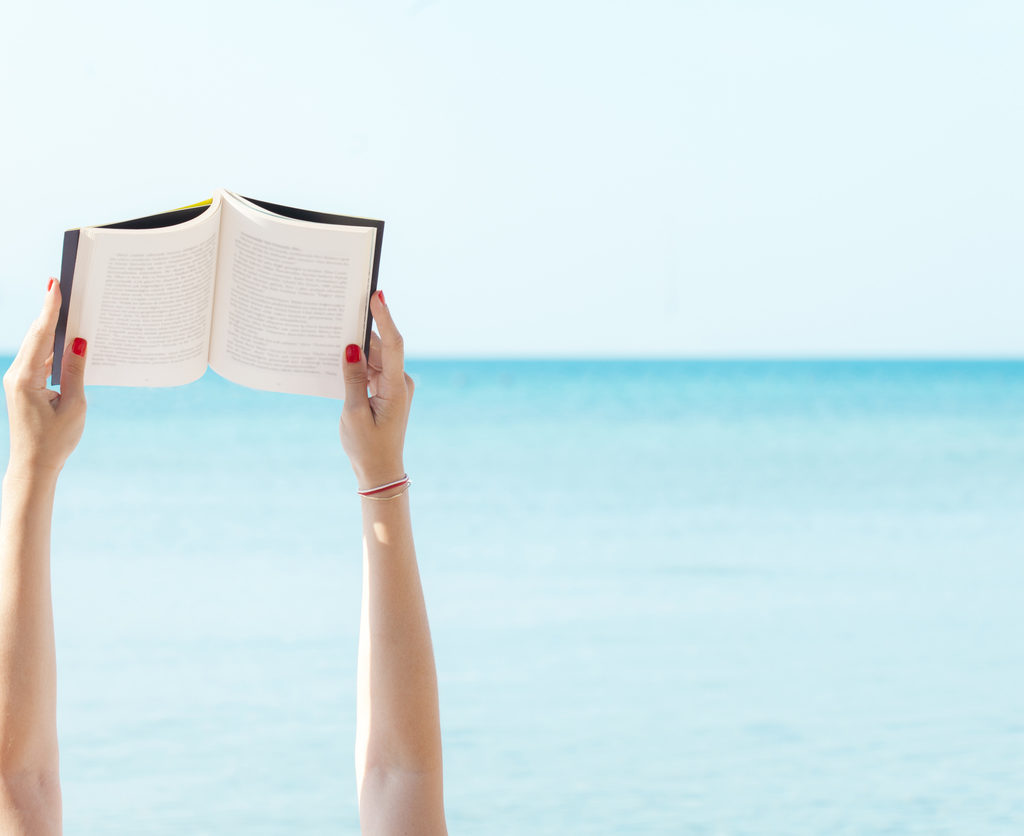 Christmas and New Year is a time to slow down, enjoy a hard-earned break and enjoy a great read.

Whether that’s a physical book, an audiobook, or a Kindle or device, there’s something great about immersing yourself in a gripping, heartwarming or just plain absorbing story. Each year, we try to compile a diverse range of books for a variety of tastes. So here are some great suggestions and special mentions.

If you are looking for a light and inspiring reading, this is your book, and if you haven’t seen the movie, please read it before you see it, cause as in many occasions the book exceeds the film, even though is it is a great production with a memorable cast.

Wonder is a novel by Raquel Jaramillo, under the pen name of R. J. Palacio, published in February 2012; her son’s breaking into tears after noticing a girl with a severe facial difference inspired R. J. Palacio to write this novel.

Wonder tells the story of August Pullman, a 10-year-old kid born with several genetic abnormalities, a facial disfiguration and who has gone through 27 surgeries.  He dreams of being seen as “ordinary”, just like he feels and he gets the chance to achieve this dream when his mum decided to send him to school after she homeschooled him all his life.

The story follows Auggie’s first year at school in New York, his challenges, disappointments and achievements.

The story is narrated from the perspective of six different characters, showing his best asset: a warm and strong family that not many “ordinary” kids have.

Wonder reminds us, readers to be nicer to people and to look beyond what our eyes see. Its anti-bullying, pro-acceptance message will resonate with teenagers and adults as well.

Julia Baird has written many an article on gender and politics, and even a few on gender politics. Sometime host of ABC TV’s The Drum and author of two books, this book was an interesting journey inward. With Phosphorescence it feels like Baird is sitting you down and having a conversation about life, the universe and everything.

The subtitle of this book is “on awe, wonder and things that sustain you when the world goes dark”. Baird’s book was released in May this year, when we were in peak lockdown due to the pandemic. Nothing seemed more apt than this book.

Part memoir, part scientific exploration and part personal development, this book (and its cover) are a wonder, and it is so much more than the sum of its parts. The book takes as its jumping off point, the idea that the very human experience of awe and wonder is good for you – good for your health, general wellbeing, ethics, and your spirit. It’s an inspiring investigation into how we might find and nurture internal happiness – the ‘light within’ that Baird calls our ‘phosphorescence’.

Amongst the scientific explorations of phosphorescence (yes there is the odd science lesson) there is a mixture of beautiful observations. From the beauty of a sunrise (“In Australia, the dawn is an arsonist who pours petrol along the horizon, throws a match on it and watches it burn”) to medical trauma (“those millions of us with cracked hearts, battered bodies, blackened brains.”)

The book is Baird’s own musings and renewed sense of wonder and awe given her own traumatic medical ordeal and subsequent surgeries to have a cancerous tumour removed. And the book is written from this take each day for its wonderous vantage point. There’s nothing like your own mortality to bring perspective on what counts. There is wisdom to pass on with a couple of chapters addresses to her two children. And it is interesting to note that the book was written between surgeries – some chapters feel clinical in their observation, while others are beautifully lyrical and yet others are wisdom filled.

Phosphorescence is a process in which energy is absorbed by something (an earth worm, a night light, a glow stick) and then released slowly in the form of a light. In many ways the book is asking how are we releasing this light which we each happily absorb back into the world. How are we making sense of life? Where do we find a place for contentment when the whole world seems so fragile?

For the West, Japan has long been a place that has inspired. From the days when it was, somewhat patronisingly referred to as a land of “pure imagination” to today’s Weeb subculture, the Land of the Rising Sun has featured prominently in the western imagination.

In Pure invention, American writer and Japanese resident Matt Alt takes a look at the ways that Japan has shaped so much of global pop culture, through the lens of the inventions, gadgets, characters, and games that Japanese creators have brought forward.

In this book, part of what Alt does is a celebration of the mythology surrounding the likes of Mario, Space Invaders, Hello Kitty, and the Walkman. Part of his work is also a de-mythologising, stripping back some of the crafted stories to investigate how some ideas really came about (the karaoke machine, for example, is claimed by multiple inventers, all of whom worked independently on machines that did somewhat different things).

Economics played a part for many of these inventions, and Alt looks at their wider economic and social implications. From the end of world war two and through Japan’s boom time, to the bursting of the economic bubble and the ‘lost generation’ living at home in an economic downturn but still playing and creating, all of it is explored in some detail.

Alt has written for a number of magazines and websites such as Kotaku, and his experience at taking heady concepts and making them accessible is on display here, making Pure invention a breeze to read.

John Nash: The Landscape of Love and Solace by Andy Friend

During summer I often want to get immersed in a big biography, and my thoughts often turn to art as well – maybe it’s something to do with the summer light. John Nash: The Landscape of Love and Solace (Andy Friend, Thames and Hudson) is the first proper biography of the English mid-century landscape painter, and has the luxurious Thames and Hudson style – thick, creamy paper and colour reproductions sprinkled liberally throughout.

I was first alerted to John Nash through Ronald Blythe, who until recently wrote a weekly column on church, books, garden and countryside for the UK’s Church Times, and who inherited John and his wife Christine’s old farmhouse in East Anglia, where Nash documented his ‘30-year encounter between artist and place’, far from the hectic London art scene. John Nash is less famous than his brother Paul, who painted landscapes with a more surrealist edge, but John is known for some iconic paintings of WWI and idyllic English countryside. Unsurprisingly perhaps, he once said that surviving the trenches made him more attuned to the loveliness of the countryside when he returned home, and his art attests to the need for beauty in the face of tragedy.

In some ways, the Nashs’ story is a typical mid-century story – wartime austerity, the joy of simple things, seeking to uphold tradition, but also pushing the boundaries of tradition. Typically perhaps for artists of the era, there were infidelities, which caused particular hurt for Christine, and the psychological effects of war and the loss of their only child in a car accident didn’t help either.

Although obviously fitting into a mild, English form of modernism, Nash ignored most contemporary trends, instead taking inspiration directly from the English countryside, particularly farmland, then simplifying and distilling its rich essence. He was the ‘finest botanical draughtsman of his era’, adept at watercolours, woodblocks, oils. Blythe says Nash taught him to look more carefully at the countryside, and Nash delights in corners of fields, quiet stretches of water, the patchwork nature of a working landscape, the stillness of snowfall, as well as more modern preoccupations – mines, industrial harboursides. His illustration work is cleverly economical, his oils not romantic but, rather, lonely and longing, calm and direct, all at once.

The biography of third generation Bangladeshi-Londoner Ruqsana Begum’s ascent to world Muay Thai champion is a warm and empowering read that will help you hush any haters that may be circling your orbit.

Begum discovers the male-dominated sport as a teenager and keeps it a secret out of fear her parents will not approve.

She credits her world-class defence techniques to her need to hide any visible injuries or signs of her clandestine training sessions from her parents.

Throughout the book – ghostwritten by Jewish woman Sarah Shephard – Begum reflects upon her Muslim faith; the power of prayer before she enters the ring and her journey reconciling her passion for the combat sport and her religion’s stance on violence.

She details the isolation and rejection she feels whilst being bullied by other female fighters at her gym and the ultimate rejection she experiences from her in-laws during her arranged marriage.

After enduring a “suffocating” life, where almost every movement she makes is monitored and restricted, Begum collapses during one of the worst panic attacks her physician has seen.

She returns to her family home to try to recover and receives her husband’s notice to divorce.

This is when she returns to Muay Thai to rebuild physically, mentally, emotionally and spiritually. She says boxing helps her feel closer to God and even helped her jostle a hand onto the Ka’bah (the black cube) during the Islamic pilgrimage to Mecca, Umrah.

After spilling plenty of literal blood, sweat and tears on a path to try to “fit in” as a “BAME” – Black, Asian, Muslim, Ethnic Minority – Begam, discovers serenity with God and within herself.

She says she has found her purpose, using her platform to inspire and help shatter stereotypes and barriers for women in sport.

PrevPreviousJourney through the wilderness
NextAnother way of seeing the worldNext