Home
Reviews
Read This
How should science inform our faith?

How should science inform our faith? 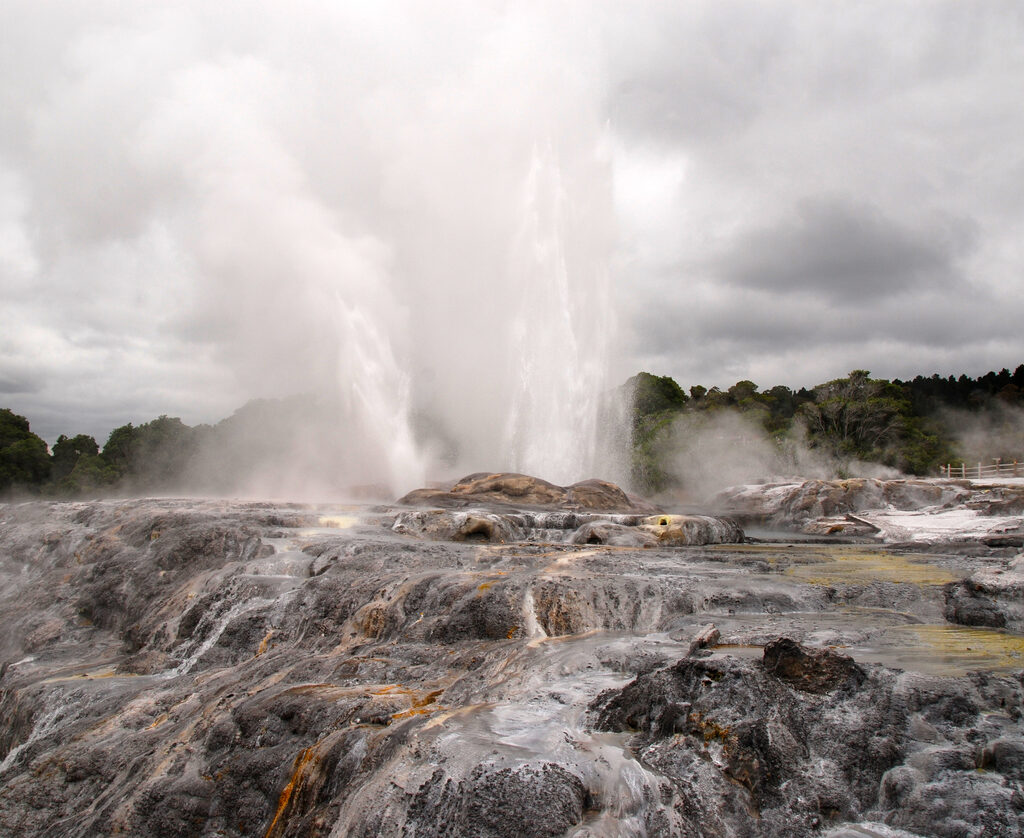 Science writer Stephen Jay Gould once commented that the idea of deep time is geology’s greatest contribution to science. Part of this contribution is that it puts human beings in our place, chronologically speaking, as well as perhaps in regards to our opinion of ourselves.

In Notes from Deep Time Helen Gordon writes that in terms of geological time human history – so much of our focus – is like the blink of an eye. All humans who lived in the past few thousand years may as well, when it comes to the perspective of millions of years from now, have lived at the same time.

In contrast, she notes, we think of the dinosaurs as inhabiting more-or-less the same timeframe – the age of dinosaurs – but, for example, Stegosaurus lived in the Jurassic, and Tyrannosaurus in the Cretaceous, so there were 70 million years between them. The dinosaurs died out 65 million years ago, meaning that in time we are closer to T-Rex than T-Rex is to Stegosaurus. Such is the reorientation that deep time thinking involves. And when we think about the age of rocks in billions rather than millions of years, it’s even more head-spinning.

One of the other things about deep time thinking is that what we think of as solid is actually in flux. In the eighteenth and nineteenth centuries the pioneers of geology began realizing that even bedrock was capable of change, given enough time. As Gordon poetically puts it, ‘Bones become rock. Sands become mountains. Oceans become cities.’

This was a challenge to Victorian views, but not a knock-down argument against religious ones. One of the fathers of geology, James Hutton, said that rocks were ‘God’s books’, and Charles Lyell, another father, saw understanding of the geological record as a divine gift. But it certainly prompted some reassessment, and not just of the religious.

Notes from Deep Time is a series of dispatches from deep history, more-or-less independent chapters on fault lines in California, geological personalities, ice cores and climate change, paleo-artists trying to envisage dinosaurs, burying nuclear waste (which Robert Macfarlane also covered in his book Underland). What links them is that they involve giant conceptual leaps into the past, or, in the case of nuclear waste, into the distant future.

Gordon writes about discussions within the scientific community over the concept of the Anthropocene. This recent chronological neologism points to the effect of humans on the geological record. Our activities are now so significant they will show up in ice core samples as spikes in carbon dioxide, and in the earth as layers of concrete intermingled with plastics, and buried nuclear waste. Yet some ask, is naming an era after ourselves anthropocentric? She surmises that humans have an in-built need to order things, even if this means giving names to timescales unfathomably beyond our own.

If the history of geology in the eighteenth and nineteenth centuries, as related by Gordon, seems a bit Brit-centric, that’s because British geologists were at the forefront of discoveries, from extraordinary geological map-maker William Smith to eccentric clergyman William Buckland. Clive Gamble tells the story of two amateur geologists, John Evans and Joseph Prestwich, who helped place humans into deep chronology.

Evans and Prestwich made good from their respective trades and took up geology as a hobby, in good Victorian-era fashion. Influenced by discoveries in France, they sought evidence that humans had lived with mammoths and other megafauna, which had been recently discovered in the Siberian permafrost. The bones of these animals had been found alongside many stone tools, suggesting humans had hunted and butchered them. (In one British quarry so many hand axes were found that the quarrymen used them to fill potholes in roads.) The only problem was, there weren’t any human bones. It turned out they weren’t looking in the right place. Gravel beds where tools were found weren’t where early humans were buried, but they soon would be found, upsetting the idea of the special creation of humans.

As Gamble points out, the situation was complicated, and more interesting than the simplistic characterisation of a fight between religion and science that it has recently been reduced to. We see in Gamble’s account how evidence prompts speculation, and how this intersects with culture and orthodoxy. There were mixed views within churches and scientific communities, the latter being, at the time, gentlemanly, amateur affairs, rather than vigorously professional. Visionary ideas mixed with dubious ones. There were debates over whether humans had existed before Adam and whether early humans were wiped out in an earlier flood. (Incidentally, while evidence of stone tools indicated humans lived with extinct, prehistoric animals such as mammoths, Evans and Prestwich had no way of dating their finds exactly and could only speculate – which they only did reluctantly.) There were also debates over how all this fitted with the strong Victorian ideology of progress, and distasteful debates over degeneration and race.

Helen Gordon writes about how geology is a pursuit that relies on imagination. This is an underrated aspect of science. The extent to which humans can fit evidence into a conceptual vision is unique, as far as we know, and to be celebrated, but it can require an openness to reviewing our perspective, and in the case of deep time, it is something that, perhaps ironically, made us reassess our place in the order of things.

1 thought on “How should science inform our faith?”