Home
Reviews
Goodbye All Of Evangelion

Goodbye All Of Evangelion 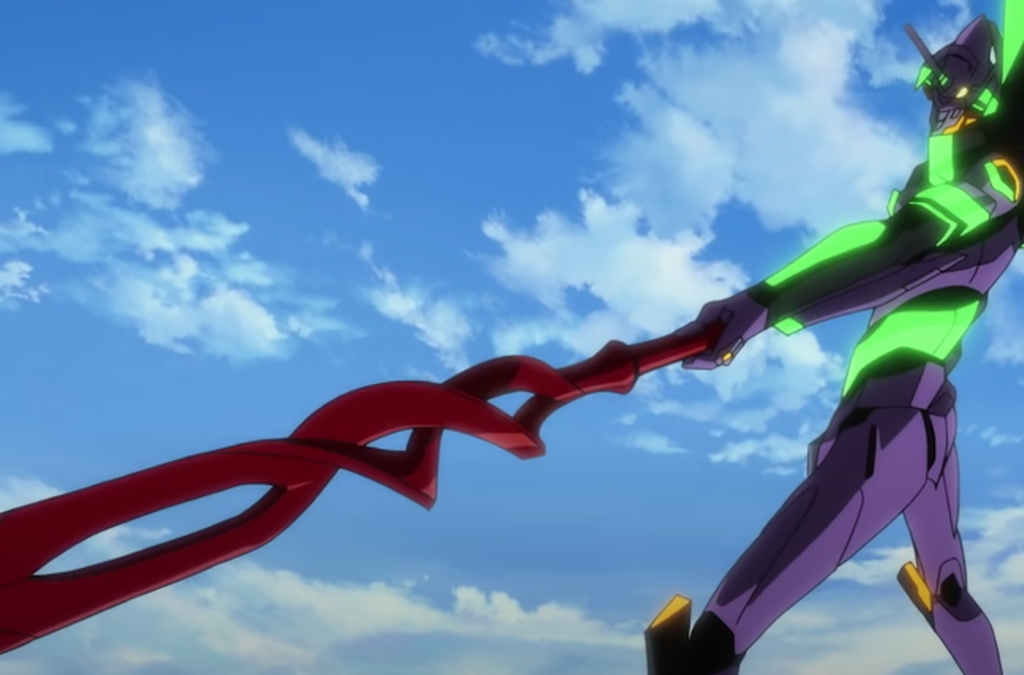 24 years after the release of The End of Evangelion, the film that wrapped up the original anime series, the Evangelion saga has finally, properly ended. There’s a sense of finality to Evangelion 3.0 + 1.01: Thrice Upon A Time, which is available now on Amazon Prime, that would make a continuation all but impossible. It feels like creator Hideki Anno has squared the circle on his hugely influential anime series, crafting a new conclusion that feels absolutely, positively right, no matter how much you loved the previous conclusion.

This final movie subverts the despair of the original ending, while also making it clear that End was never really the “end”. For fans who have been on the long journey with Shinji Ikari and the other Evangelion characters, there’s profound closure and catharsis to be found here. It’s a phenomenal and beautiful achievement, wrapping up not just the Rebuild movie series, but all of Evangelion.

3.0+1.01 (and yes, that name will make sense after you watch it) picks up straight after Evangelion 3.33: You Can (Not) Redo, which itself was equally celebrated and scorned for how severely it veered away from the original series. The Rebuild tetralogy was originally believed to be a remake of the original anime series with some elements changed, but has proven itself to be something else entirely, and viewers who have digested every previous episode and movie will get the most out of this final movie.

As in End of Evangelion, Shinji again finds himself gripped in a depression that renders him borderline comatose at the beginning of the movie, and while there are references to that movie peppered throughout, things play out very differently here for him and everyone else. Without spoiling anything, this is a different kind of Evangelion story, and a very different Shinji from the one we’ve seen before. Yes, there are giant robot fights to enjoy here, but they’re far from the highlight.

What’s most thrilling about 3.0+1.01 is how proudly it wears its heart on its sleeve. For this final movie, the characters start saying the quiet part loud, addressing their problems, their anxieties, their concerns head-on. There’s payoff on things that were seeded back in the original series, and explanations for far more elements than you might think for a series that has often been inscrutable. For dedicated fans who have long tracked Anno’s well-being through the messaging of his movies, this latest hints at something beautiful: an ability to overcome, to move beyond. To be mentally and spiritually healthy, while learning to live with your traumas. This movie is, on some level, cleansing.

Impressively, all of this is done without sacrificing any of the intense action and difficult technobabble that has long defined Evangelion. The movie pulls off a great trick, heaping lore and terminology onto an overwhelmed viewer before stripping right down to essentials. It’s a thrilling balancing act, the result of a masterful script that knows exactly what fans want, what they expect, and what they actually need. Anno knows his audience better than we know ourselves, and for once 3.0 + 1.01 shows how much he loves his characters: and how, perhaps, he has come to love himself, too.

Evangelion means different things to different people, so much so that there’s much fighting in the fan community about how certain lines and ideas should be translated; as covered by Insights previously, the new dub of the original series on Netflix proved contentious. It has always been a series that people can see themselves reflected in, to some degree, and after all this time it’s possible for the series to have followed people from adolescence into adulthood. Because of this, for some fans, this movie is going to hit very hard. It’s the end of something tangibly important to them.

As someone who does not often cry while watching films, this one left me a weeping mess by the time ccredits rolled – the emotional climax of the film is stunning, and enough to make you feel like maybe, if we can all process the traumas we’ve been through, we can find something like peace and normalcy. That’s not something fans might have expected after the bleakness of the previous ending we got.

Additionally, 3.0+1.01 is also far and away the best-looking film in the series, with the environmental art, in particular, being on par with the best work from the much-celebrated Studio Ghibli (Anno, in fact, is a close friend of Hayao Miyazaki, and even voiced the protagonist in his film The Wind Rises). Even some less-than-spectacular 3D effects later in the film feel keenly intentional in ways that I am still trying to unpack.

Evangelion 3.0+1.01 does more than just wrap up the series in a satisfying way: it completely justifies decades of fan investment, while also, on some level, encouraging viewers to move on from it. Hideaki Anno is ready; after this near-perfect conclusion, even the most hardcore fan should be, too.

Evangelion 3.0 + 1.01, along with the three previous Rebuild films, is streaming now on Amazon Prime, so you can watch it from home. The original series and End of Evangelion are available on Netflix. For the best experience, watch everything in order starting from the first episode of the original series.

James O’Connor has loved Evangelion since 2002.