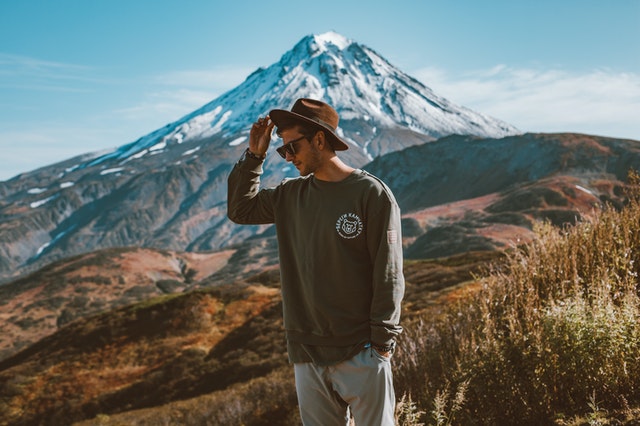 One word leaps out of this passage; a word that takes us all the way back to chapter 22 and the call on Abraham to sacrifice his son.

The word I’m referring to is the Hebrew word “hineni”, translated here (v13), as it is in Genesis 22 with the words, “Here I am.” The words that Joseph uses here when Jacob calls him to go to his brothers in Shechem is the same word that is used by Abraham when God called out to him to go and sacrifice his son on the mountain: “Here I am”.

The rabbis, perceptive readers as they are, quickly noted more similarities between the two stories: In both cases it was the father sending his (favourite) son out to a place of death. The same Hebrew word is (nuar – adolescent) used to describe both Isaac and Joseph. Isaac was saved by the sudden appearance of a ram and Joseph was saved by the inexplicable appearance of a passing caravan. And above else both episodes are characterised by that strange, eerie silence. Abraham’s silence in the face of an unfathomable command by God, Isaac’s silence while being bound on the altar, Joseph’s silence while being put in the pit and while being sold off as a slave and finally God’s silence in the face of it all.

A challenge is issued

In fact, in the story of Isaac’s sacrifice the only time that God speaks is right at the beginning, issuing the challenge to Abraham. After that it is only the angel that speaks. And in Genesis 37 God never speaks. In fact, more tellingly, one could read through the entire chapter 37 again, and again, and you will see the name of God is not even mentioned. God is not only silent; God is also completely absent.

A Dutch theologian once observed that the Old Testament (OT) has one benefit (using a Dutch word that might also be translated as deficit) over the New Testament (NT) and that is that God is as absent or as present in the OT as God is in our lives. In other words, in the NT people could hear and see Jesus speak in the name of God while in the OT life is lived in its complete ‘secular’ manner. In the NT we hear and see the church in action, but for the greater part, in the OT, people live, work, marry and die under a seemingly empty heaven.

Compared to the NT one hardly sees any miracles and, on the surface, – just as is the case today – no one sees God, hears God. As the author of Ecclesiastes so poignantly observed: generations come and go, the wind blows to the south and goes around to the north, all streams run to the sea but the sea is never full and so one could continue. All of these things happen without the intervention of God. One could gaze up into the starry heaven or you could penetrate into the depths of the ocean. Nowhere will you see the face of God.

“In the Joseph story, we find all the protagonists playing their own parts, carrying out their personal objectives, without affecting God’s overall design. Quite the contrary, the freedom of choice of none of the participants is interfered with in any way… The chain of events in which the jealousy of Joseph’s brothers played a prominent part, ultimately proved to have become the instrument for carrying out God’s design. (Perhaps) however God could have found many other means to achieve the same end… The Bible is full of similar lessons.”

For anyone familiar with the stories of Joseph’s ancestors, this becomes immediately obvious, from the first introductory sentence: “This is the story of the family of Jacob”. The first word is Joseph, seventeen years old and shepherding the flock…

Right at the outset of the story we are given an indication that something strange is, yet again, at hand. The strange inversion of fortune that characterizes so many biblical stories is at work here as well. Joseph, the one whose name means “added” – added almost as an afterthought to the family of Jacob, but yet added (according to chapter 30:22) by the remembrance of God.

A special gift that reshapes everything

Contrasted with Jacob’s love for his son, is his brothers’ hatred of him. As if to set the scene for what happens next, the narrator mentions three times in four verses that his brothers hated him, that Jacob’s gift, that his dreams, everything elicited only more hatred of Joseph. Especially the robe – not so much a coat of many colours as the King James incorrectly translates it – but a long robe with special sleeves, the mark of regal status, stirred jealousy and hatred. This coat, as Andrew Lloyd Webber and Tim Rice’s “Joseph and his amazing technicolour dream coat” puts it very succinctly “made the rest feel second best.”

On top of his father’s favouritism comes the story of his dreams. Apparently there was an obligation on the dreamer (or at the very least an expectation) that he or she would share their dreams. Not doing so could have been regarded as an attempt to thwart the plans or intentions of God.

Puzzling reflections in a mirror

But as we know, dreams are often a convoluted collection of images. More often that not, they don’t make any sense. Dreams are hardly more than seeing “puzzling reflections in a mirror”, as one translation of 1 Cor 13:12 puts it.

For it is by and through this elusive Presence that the “added one” becomes the irreplaceable one. It is through what is perceived as the imagined workings of a dream that this God provides power to the powerless. As Brueggemann reminds us, a dream is a power that neither tradition nor force can finally resist.

Joseph’s brothers may not have had the coat, but they had everything else. They had the power of the oldest, and what in this story transpired as the power over life and death. Against their age and power, the adolescent is powerless. Hence, he dreams.  Therein and therein only lies his power: the power of dreams.

But as we know now, as the brothers knew then, Joseph’s dreams were about more than only his own fate. Dreams are never killed when the dreamer is killed. And certainly, God’s dreams have a way of living and flourishing even in faraway places, places of no significance, in people who are not regarded, in the weak and the weary, in the seemingly insignificant and powerless.

We hardly need more proof of that than a few pieces of bread and a cup of wine. “Just the reminders of another dead dreamer” the sceptics would say. And yet in the sharing and eating of these pieces of bread something happens. Even when we are not able to eat and drink together, perhaps especially where we are not able to eat and drink together, the dream doesn’t die, but makes all of us dreamers again: Dreaming of a time when the Divine Dream comes alive; in the preaching of the Word and coming of the Kingdom.  Around the table of the Lord – even an empty table – we are reminded that our Lord is alive and present, even in the dread of our nightmares.

For the God of Joseph and the God of Jesus Christ launches God’s new world from a pit and from a cross. In other words, from what the world regards as the defeats of God in the world. Nowhere are we ever given the indication that this is the way God preferred it to be, but what transpires from it is that neither a pit nor a cross can thwart the greater design of God’s mercy and salvation.

It is the certainty that a seemingly absent God works in the silence and that God’s salvation comes from unexpected places, through unlikely events and through ordinary dreamers – also dreamers like us.