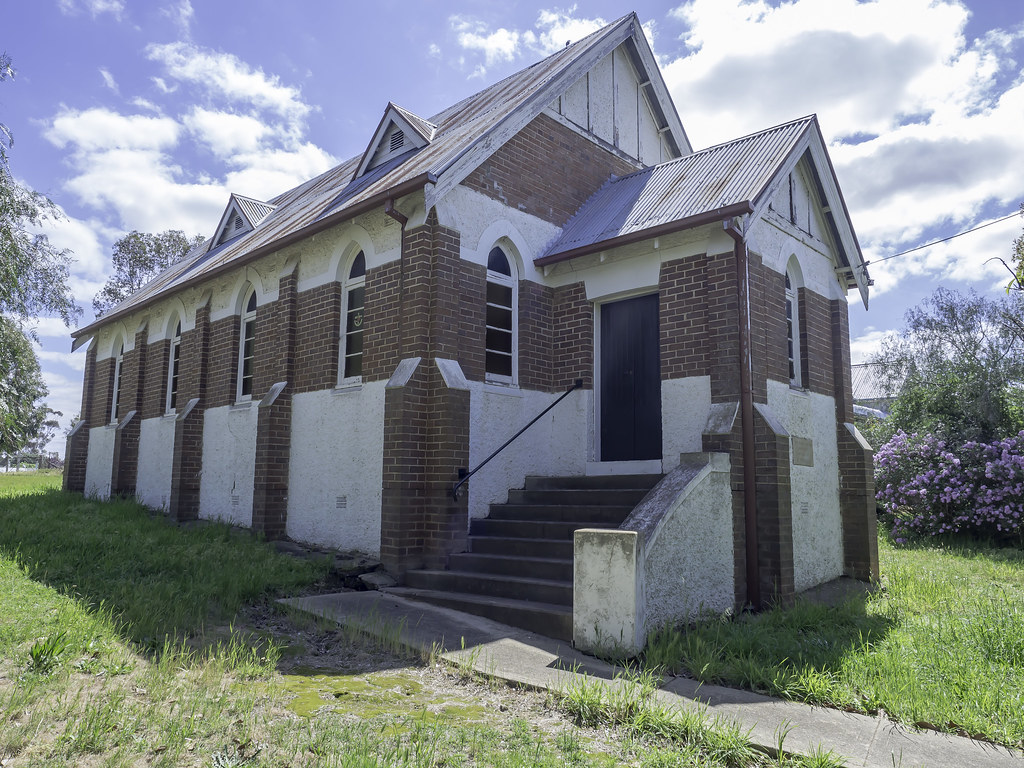 “The Southwell, Killick, Shaw, and Woodhead families were well represented amongst the 56 people who filled the church.”

The service was conducted by Rev. Keith Robinson.

Memorabilia from the church’s history appeared on the church walls.

The first service took place in the then-Methodist church on 17 April 1922.

The celebration service was followed up by a traditional Sunday roast lunch prepared by local caterer Glenda Burgess at the Galong Community Hall.

Mrs Roles welcomed people with an address that called on people to remember the importance of heritage and celebrating important milestones.

Mr Ward’s grandfather George Alfred Killick was the person who originally donated the land for the church to be built. His grandmother Hellen Bembrick Killick laid the foundation stone.

Located one hour’s drive from Canberra, Galong is a village that falls into the Hilltops Council LGA.