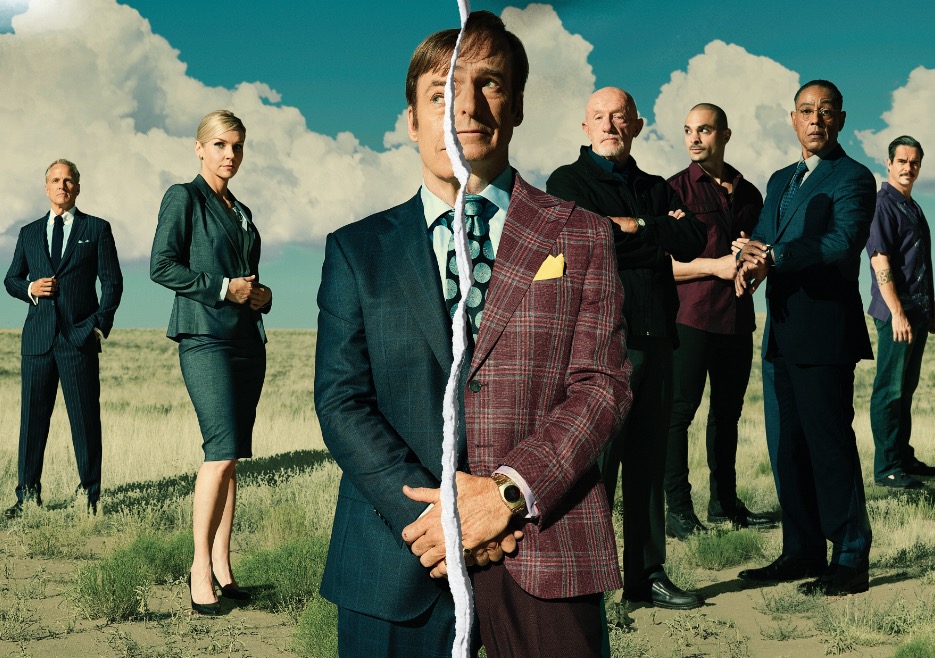 After four seasons’ of build-up, Season five of Better Call Saul sees Jimmy McGill “transform” into Saul Goodman (Bob Odenkirk). At least when it comes to his legal name. Stepping out of his brother Chuck’s long shadow, the shadowy lawyer must fight for his life, literally and professionally, as he gets closer to the character as he was presented in Breaking Bad.

As this might suggest, the character’s risk-taking and penchant for manipulation puts him at odds with his partner Kim Wexler (Rhea Seehorn), who encounters her own moments of change.

As has been the case with previous seasons, a number of storylines look at ethical quandaries and whether or not a person should ever put aside their own personal values in order to carry out their work responsibilities. For instance, one story sees Kim called upon to evict an unruly and unpleasant tenant from the home he has occupied for over thirty years. While he is very clearly in the wrong when it comes to his legal standing, his taunting strikes a chord.

The episode raises questions about whether or not titles and roles should dictate behaviour, and Kim is confronted by questions about what really matters: her high paying job or the pro bono work she provides for those who need it most.

Season five also features some of the most dramatic scenes in the series so far, including a drawn out standoff in Saul’s apartment that rivals the likes of Inglorious Basterds’ opening for the most tense conversation in screen history.

While the episodes each run for nearly an hour, there is so much happening in each that they fly by. For those used to prior seasons’ slow burn approach, the change in pace will be noticeable.

With season six set to wrap up Better Call Saul’s storyline, there are a number of questions left regarding certain characters’ fates and what will take place in the black and white ‘present day’ sequences.

Better Call Saul is streaming now on Stan, and is available on iTunes and Google Play.