Does suffering bring us closer to God? 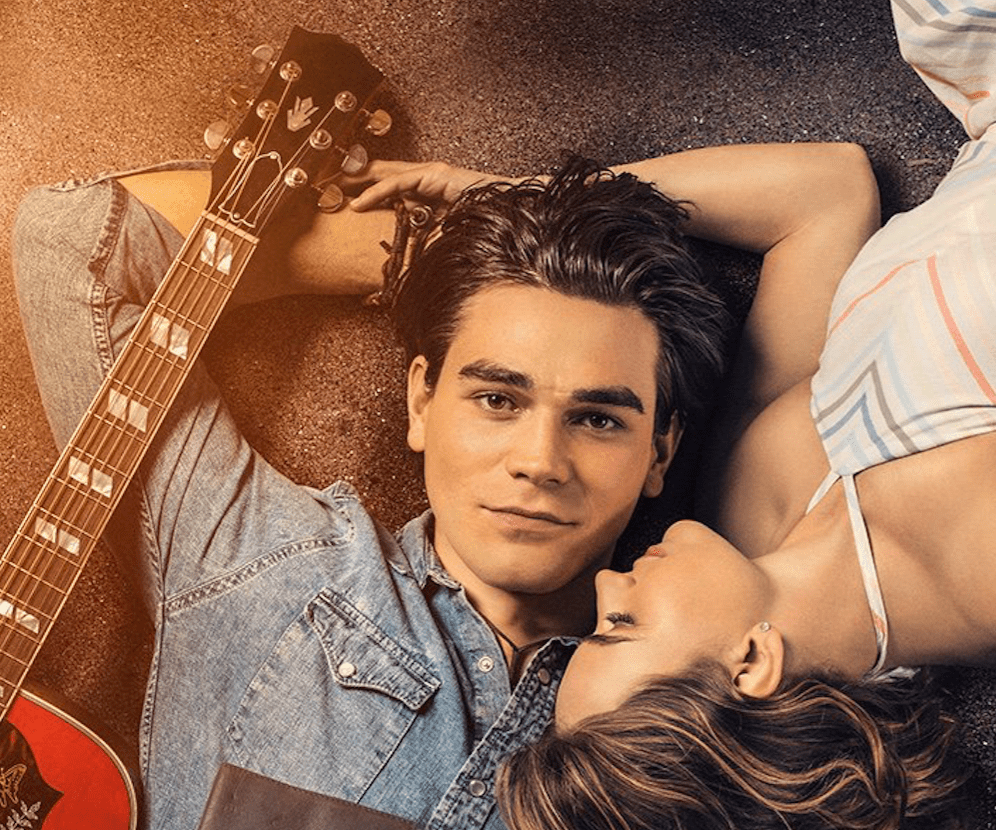 For anyone unfamiliar with the Christian singer/songwriter Jeremy Camp (KJ Apa), this is a personal look into his story: a journey through his marriage to Melissa (Britt Robertson) showing their love, loss and faith. This film may introduce many in the world to Camp’s music, but they will walk away, remembering his devotion to his two loves, his wife and their God.

After graduating high school, Jeremy leaves his family and home in Indiana to attend university in California. Many on campus begin to realise that he has a gift for singing and songwriting which turns into a desire to break into the music industry. On his first day, he attends a welcome concert where he meets Jean-Luc (Nathan Parsons), a successful Christian recording artist and former student of the college. The two men strike up a friendship and the seasoned artist gives the young student some pointers about songwriting and being in the Christian music industry. A key piece of advice Jean-Luc shares with Jeremy is “You write and sing songs to help others, not yourself.”

During this same concert, Jeremy spots Melissa in the audience and the musician considers it love at first sight. The couple pursues a romantic relationship but the matter is complicated by the fact that Jean-Luc is good friends with Melissa. He also has feelings for her, but the emotions are not reciprocated. Even though Jeremy and Melissa try to keep their relationship a secret, things come to a head when Jean-Luc discovers his two friends are dating. This brings the young couple’s relationship to an abrupt end and Jeremy goes home for the Christmas holidays. While back in Indiana, he is notified that Melissa is sick and has been diagnosed with stage three liver cancer. Jeremy rushes to Melissa’s side, they declare their love for one another, he proposes and she accepts.

By this stage, Jeremy has started to make a name for himself as a Christian recording artist and is performing at various concerts. He shares the news of Melissa’s plight and calls for people to pray for his fiancé. This begins a faith journey for the couple that will take them through extreme highs and lows that eventually leads Camp penning the song, I Still Believe.

KJ Apa and Britt Robertson are believable and endearing as Jeremy and Melissa Camp. The two actors manage to convey the heart of their marriage and their ever-present faith in God. This role not only allows Apa to prove his acting skills, but his musical abilities as he performs all the songs in his portrayal of Camp.

What is most compelling about this movie is how this couple could remain unwavering in their trust in God despite the heartbreak and suffering that they endured. Even if you are not familiar with the Camps’ story, this film should encourage viewers to find out more about them and the God they put their faith in during their lives. Jeremy Camp is an award-winning musician and author, this film is just the beginning for people to discover more about this artist.

Does suffering push you towards or away from God?

When tragedy or suffering strikes in one’s life, it is easy to blame God for not doing something to prevent it. During the progression of the Camps’ story, Jeremy desperately prays for God to heal his wife of her cancer, but at times it seems like his prayers fall on deaf ears. Thankfully, he is reminded through Melissa’s words, that God had a purpose in allowing all that was happening in their lives.

This may be difficult to hear for those going through trial and suffering. It might even be a surprise too many. Still, Christianity is the only worldview which has an actual answer to the problem of evil and suffering. Christians can attest to the fact that they serve a God who lived as a man on this earth and experienced temptation, torture, hunger, thirst, hatred and death.

Due to the work of Jesus on the cross, the justice of God is manifested in His Son. The cross is a means of symbolising how much God cares about humanity’s suffering. A more profound conclusion is that we may never know the specific reason for our suffering, but that we can identify the God who understands the rationale behind the pain.

The Camps’ story of faith provides a glimpse of this truth and can be an inspiration to others to consider their own sojourn of faith.

He will wipe every tear from their eyes. There will be no more death or mourning or crying or pain, for the old order of things has passed away. Revelation 21:4

I Still Believe is now showing in cinemas.