Home
Reviews
Read This
Do we need to reject God to understand science? 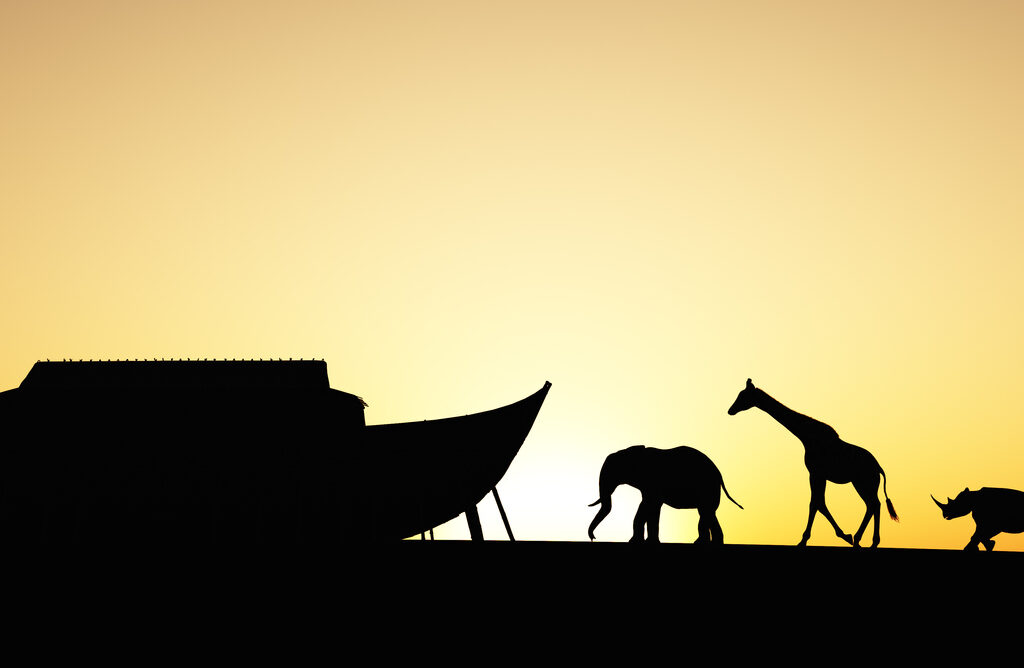 Review: Baby Dinosaurs on the Ark? by Janet Kellogg Ray

The creationist/evolution debate is a bigger issue in the US than in Australia. In Australia the debate doesn’t spill over into courtrooms and education departments. Yet there remains tension over the issue in some Australian churches. I was taught in Sunday school that evolutionary theory was just a tool of atheists, and that there was no evidence for it. Ken Ham, who has made a name for himself in the US promoting creationism and building creationist theme parks, is a former Australian.

Janet Kellogg Ray was also raised as a creationist. She is also a scientist and educator who in her youth had to reconcile her religious faith with scientific evidence. She describes the almost-traumatic experiences of young Christian university students who feel they have to choose between science and faith or passionately defend creationism, assuming, in what we call a category error, that the alternative is atheism. (Evolutionary theory is not an argument against God, only against special creation.) Her book seems designed for them. She is empathetic, driven by her own youthful experience. She has an upbeat, informal, American style, yet expertly explains complicated science.

She notes an increasing dualism in Christian approaches in the US to debates over evolution and the age of the earth, driven partly by atheists wielding science as a tool, and, ironically, creationists who agree with the militant atheists that evolutionary science and religion are incompatible. This seems to mirror more general trends in US society (many creationists also reject the idea of climate change) and is perpetuated in popular media. Says Ray, ‘Americans are listening [and] choosing sides.’ Even if it is pointed out that many scientists both accept conventional science and profess Christian faith, both the atheists and the creationists suspect duplicity. Ray aims to combat such dualism, largely by debunking creationism but also by subsequently pointing out that rejecting creationism does not entail rejecting faith. To the contrary, as the Basis of Union puts it, ‘contemporary thought’ can ‘sharpen’ our reading of the Bible.

Ray patiently explains the process of natural selection using examples from the lab and field, evidence that we can see in real time, and why the process of natural selection creates such variety. She patiently lays out what is meant by ‘theory’, and what is wrong with the phrase ‘just a theory’. She explains why creationists must reject the evidence from ice and lake sediment cores, genetics, radiometric dates, light from distant stars, fossils of hominins, the consistent sequencing of fossils in rocks, continental drift and other geological processes, the geographical distribution of species, archaeology, and more. She shows how there is, contrary to what creationists argue, an array of ‘transitional’ species (‘missing links’), the most famous of which is Archaeopteryx.

She explains the difference between young earth creationism and intelligent design, and why the latter’s central claim of irreducible complexities in nature is mistaken. She explains why the geological and fossil record cannot be fitted with a literal, global flood. For example, we find in plant fossils a steady progression from primitive forms such as mosses to ferns to conifers to flowering plants. If these plants were all created at the same time and the fossil record is evidence of a global flood, as creationists claim, all these forms would be jumbled together.

Science is about matching theory to evidence, and refining theory in the light of new evidence. It is about which theory makes most sense of the evidence. In the end, creation science is not science because it is an inflexible theory, and must fit the evidence to the theory, despite the difficulties. This is why the Flood story is so important to creationism, says Ray. It ingeniously explains features of the earth’s surface and the fossils buried under it, though, as indicated above, if we dig deeper, unsatisfactorily.

Most creationists will say they are not anti-science, but that science comes second to the Bible. There is genuine respect for the Bible, which is admirable, but also a mistaken belief about what the Bible is and does. Literalism has not been the default position of Bible readers. The Church Fathers read the Bible allegorically at times. But by the end of the nineteenth century, the developments of evolutionary theory and geology and the liberal biblical scholarship that questioned much of the gospel accounts created a siege mentality and up went the drawbridge, resulting in a renewed literalism. In line with that era’s emphasis on the power of scientific explanation, literalists came up with scientific theories to justify special creation and a young earth.

Creationists are passionate about these debates because they fear, with some justification, that a refusal to take the Genesis story literally is the thin edge of the wedge that will open other parts of Scripture to alternative interpretation. But the Bible is a collection of books with various styles and a pre-scientific outlook, and a blanket literalist approach is simply inappropriate. We should also remember, as Ray does, the story of Galileo – the church thought heliocentrism was the thin edge of the wedge. But the evidence was irrefutable, and Scripture was accommodated. The world moved on and the church survived.

I suspect also, hopefully not unfairly, that there might be some pride involved in creationist thinking – the pride of being the outsider holding truth, like one of the minority Calvinist elect. There is always a danger of the emphasis of Christianity devolving from humble openness to rigid certainty of doctrine and interpretation. There is also the question of intellectual (dis)honesty. It is worrying to hear some prominent creationist advocates say they deliberately ignore the evidence of their (God-given) senses and intellects in favour of a narrow interpretation of Scripture, as if ignoring the obvious is a badge of faith.

Further to this, it is disturbing to think that if the fossil sequence, the age of rocks and left-over genes pointing to a long human ancestry are not what they seem but are planted there by a cosmic designer relatively recently, we don’t worship a loving god, but rather a trickster – a Satan – who is trying to constantly test our faith and make us conclude the world is a Manichean illusion. Janet Kellogg Ray shows how we don’t have to accept this narrow version of God.